September 2020 is going to be a damn fun – and expensive – month for 4K Ultra HD Blu-ray collectors. Hope you saved your allowance, blood, and tooth fairy payday money! While there’s been some recent scuttlebutt about various studios perhaps possibly ending or at the very least severely cutting back on their live-action catalog additions to physical 4k media – September is a damned robust release slate full of fan favorites with deluxe editions and SteelBooks.

As we receive review product - or purchase these ourselves - we'll be providing reviews for each of these great titles ASAP! 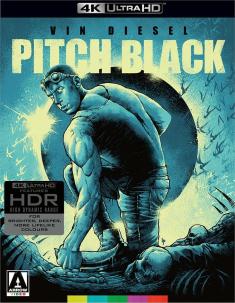 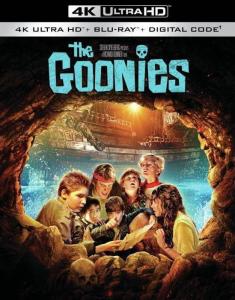 “Goonies never say die!” Richard Donner’s childhood adventure movie gets a welcome 4K upgrade – with several options for purchase! You have the standard release, the fully stuffed Giftset, and then Best Buy’s exclusive SteelBook. So… all you got to do is choose which Goonies is right for you. 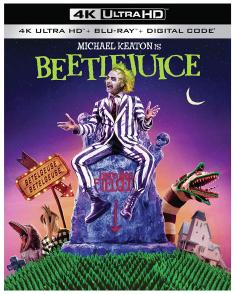 While you don’t need to say his name three times to buy the 4K UHD Blu-ray – you do get to choose between three releases! Just like The Goonies – Warner Bros. is releasing a standard release, a giftset, and a Best Buy exclusive SteelBook. As one of my favorite Tim Burton movies, I’m excited for this one – so I went for the SteelBook, but that Handbook For The Recently Deceased looks really fun! 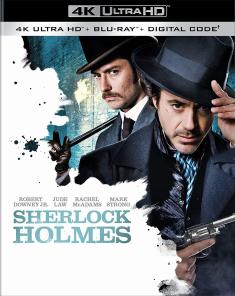 Guy Ritchie and Robert Downy Jr. teamed up for a lively reimagining of the world’s greatest detectives adding some extra punch and pizzazz to the proceedings through a solid first film and a decent enough sequel. As we await the possibility of a third spin with this franchise, a welcome 4K UHD Blu-ray upgrade will have to hold us over. 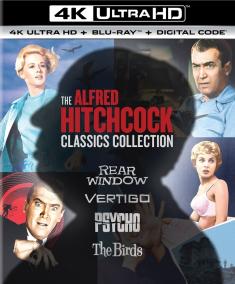 Psycho, The Birds, Vertigo, and Rear Window are all making their 4k Ultra HD Blu-ray debut from Universal in a snazzy 4-film set. If Universal’s recent efforts for back catalog 4K UHD releases are any early indication, these four classics from the master of suspense should be impressive and well worth the upgrade! 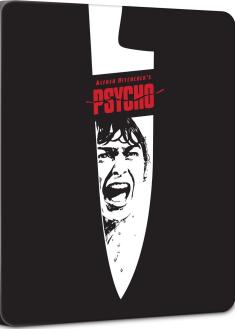 Hitchcock’s seminal shocker gets its own solo release for those only interested in upgrading this one single film to native 4K complete with Best Buy exclusive SteelBook packaging. If you’re a collector – this is very tempting but it’s also a bummer none of the other Hitchcock films of the Classics Collection will be getting solo SteelBook releases. 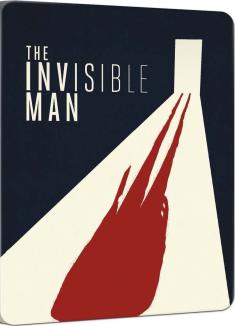 Where was this SteelBook when the movie first came out on 4K? While I don’t normally like to buy a movie twice just to get collectible packaging, this is a pretty slick piece of work and far more interesting than the common ½ face artwork of the standard release. Damn tempting. 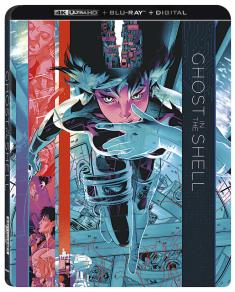 Mamoru Oshii’s classic anime adaptation of the iconic manga series will be given a grand 4K Ultra HD debut from Lionsgate. Fully restored in native 4K, this release will offer Dolby Vision / HDR10 as well as a new Japanese Dolby Atmos audio mix. Choose from the standard release or the snazzy SteelBook from Best Buy – this is a big one for fans. 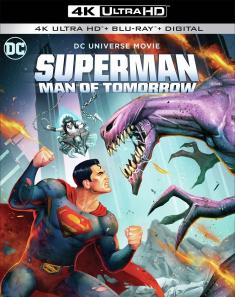 Follow a younger more inexperienced superhero as he adjusts to life at the Daily Planet, saving Metropolis, and intergalactic threats in the form of bounty hunter Lobo and the power-hungry alien Parasite. DC animated movies can be hit and miss, but at the very least it should be worth checking out. Once again Best Buy also gets an exclusive figurine set. 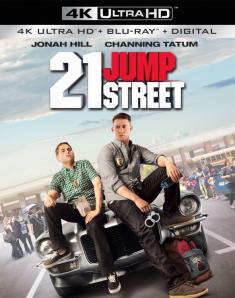 Movie adaptations of classic television shows have a pretty rocky reputation. Somehow 21 Jump Street found a way to make it work – and pull off a funny as hell sequel. Sony is rolling both films onto 4K UHD Blu-ray in separate releases, or if you’re a big fan of both, Best Buy is running an exclusive SteelBook for both films. 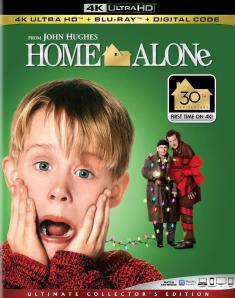 The now-iconic family holiday favorite about a serial killer in training mercilessly causing physical and psychological torment on two hapless would-be thieves on Christmas Eve is finally getting a 4K UHD Blu-ray release. On top of that Best Buy is also prepping a SteelBook as well – something to get excited for come the holidays! 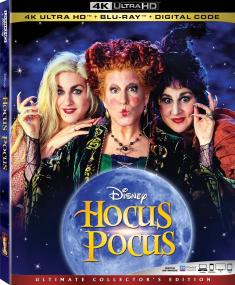 Just in time for the Halloween holiday season – Disney’s hilarious fan-favorite about three hapless witches is getting a new 4K restoration. After some decent but far from amazing past releases, fans have been eager for a reason to upgrade and this should be a major highlight for parents aiming to entertain their sugar-fueled kids – or enjoy some childhood nostalgia of their own. 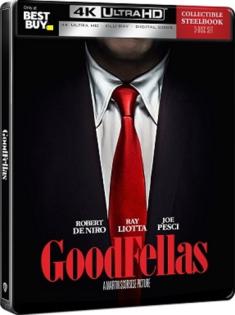 While not a new release, Martin Scorsese’s seminal gangster classic is getting a snazzy SteelBook rerelease from Best Buy. If you already own this on 4K, the packaging may not be a reason to purchase again – but if you haven’t picked it up yet, this is a pretty slick-looking set. 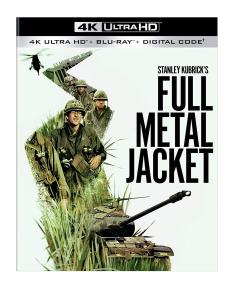 This is my rifle this is my 4K UHD Blu-ray! This is for fighting this is for the best possible home viewing experience! After a successful first outing with The Shining and 2001: A Space Odyssey – Warner Brothers is releasing another Stanley Kubrick classic to 4K Ultra HD. While Eyes Wide Shut has been teased for a while – this amazing Vietnam War film is a welcome addition to the format. Again – Best Buy is offering up their own exclusive SteelBook option for collectors. 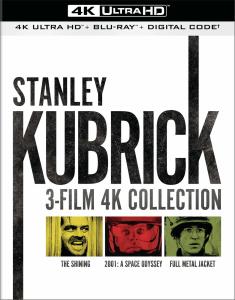 If you didn’t already buy The Shining or 2001: A Space Odyssey – this set lets you pick up those two excellent 4K releases alongside Full Metal Jacket. However, one has to assume that Eyes Wide Shut, A Clockwork Orange, and a 4K UHD Bly-ray release of Barry Lyndon aren’t too far off on the horizon so maybe a full Kubrick 4K Collection box set makes more sense? 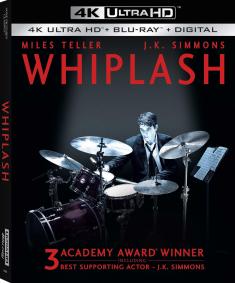 Damien Chazelle’s 2014 drama starring Miles Teller and earned J.K. Simmons a deserved Best Supporting Actor Oscar is getting the A/V upgrade it deserves with an upscaled 4K UHD HDR transfer and Dolby Atmos audio. For the collectors out there – Best Buy is offering up a pretty slick looking SteelBook. 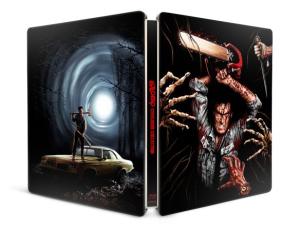 Getting ready for the Halloween season? If you already bought LionsGate’s excellent 4K Ultra HD Blu-ray releases of Sam Raimi and Bruce Campbell's hilarious horror flicks – you’re not getting anything new here. However – this SteelBook packaging recreates two iconic poster images for both films and conveniently packages both movies in one nice little case. 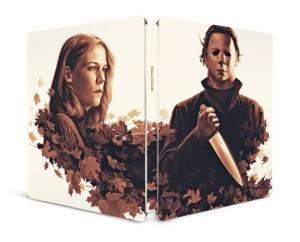 Lionsgate continues to help fans get ready for the spooky season with a new SteelBook release of John Carpenter’s slasher classic Halloween. Nothing is inherently new with this set beyond the autumn-themed artwork and it will apparently include a digital code this time. If you already bought the previous release you’re all set – but if you’re a SteelBook collector this one may be hard to pass up at this price point. 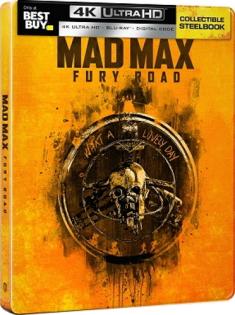 There have been more than a few releases of Max Max Fury Road in the last few years. While this SteelBook certainly is attractive – but without the Black and Chrome edition or the 3D disc, it’s not exactly a “complete” experience. Still, if you haven’t picked this one up on 4K yet – this is a nice package, especially if you’re a SteelBook collector.

Well - that's eveything that's been announced to-date. While something new could come up, with October and November 4K Ultra HD Blu-ray titles already being announced, this appears to be a fully scheduled slate of releases. With all the rumors of various studios pulling back on the format or undergoing worrisome restructuring, it's encouraging to see a month like this just filled to the gills with great content.

Any of these on your pre-order list? How many of you are going to snap them all up? Any favorites you look forward to coming to the format soon? Sound off in the comments below!