From Phil Lord and Christopher Miller, the hilariously clever buddy-cop comedy 21 Jump Street continues issuing the laughs nearly a decade later, thanks to the odd-couple pairing of Jonah Hill and Channing Tatum. The pair of bumbling bike cops transfer to Ultra HD with great-looking 4K video, excellent Dolby Atmos audio but the same set of supplements as before. Nevertheless, the package makes for a Recommended for addition to the UHD force. 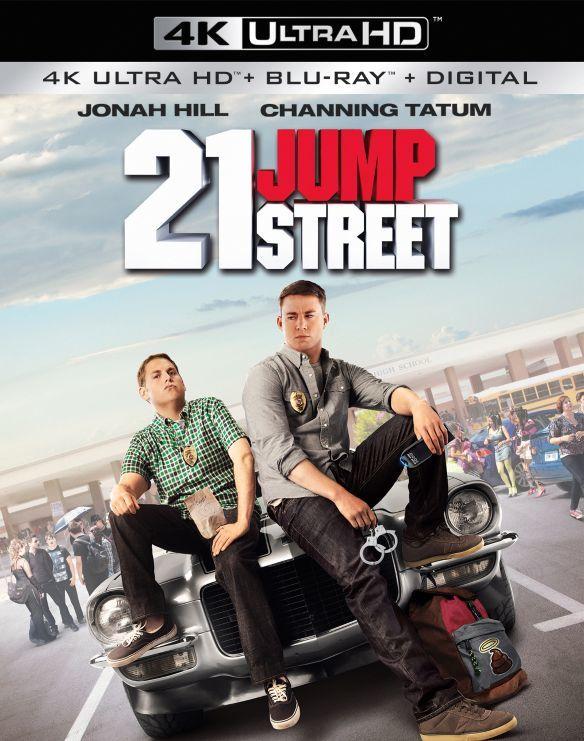 Right from the opening moments, Phil Lord and Christopher Miller's 21 Jump Street start issuing the laughs and keep the laughter going until the end credits roll. That the buddy-cop comedy can still deliver eight years later — and after several repeat viewings — is quite the achievement, in and of itself. But that feat is all the more impressive when also conceding it is an adaptation of a cult television series from the late 1980s. Starring Channing Tatum and Jonah Hill, the latter of whom co-wrote the script, the movie is also keenly clever, a knowingly shrewd take on the subgenre as a whole, firing one comical trope after another while simultaneously hurling jabs at its own expense. As ridiculous as the plot of reliving high school in adulthood sounds, the filmmakers use it to excellent, subversive effect thanks to Hill and Tatum's odd-couple pairing mixed with the awkwardness of being a teenager.

For a more in-depth take on the movie, you can read our review of the 2012 Blu-ray HERE.

Sony Pictures Home Entertainment brings 21 Jump Street to Ultra HD Blu-ray as a two-disc combo pack with a flyer for a Digital Copy, which can be redeemed via sonypictures.com and Movies Anywhere. When redeeming said code, users are granted access to the 4K Dolby Vision version with Dolby Digital Plus 5.1 audio. The dual-layered UHD66 disc sits comfortably opposite a Region Free, BD50 disc inside a black, eco-elite vortex case with a glossy slipcover. At startup, the disc goes straight to an interactive main menu that changes screens when switching between the usual options while music plays in the background. 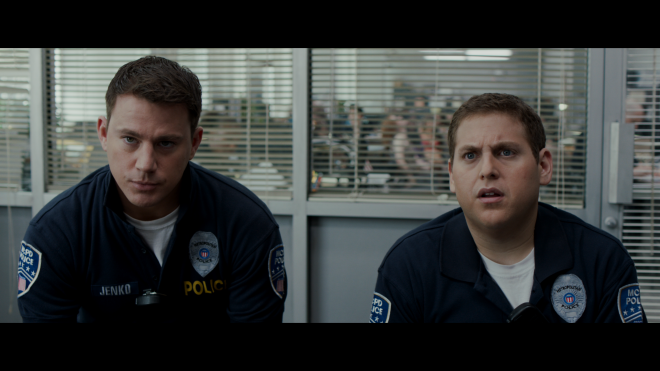 The two bumbling bike cops are relocated to Ultra HD outfitted with a great-looking HEVC H.265 encode, proving to be a small but nonetheless welcomed step up over the Blu-ray. Repurposing the same 2K digital intermediate used for that release, the upscaled transfer shows slightly sharper details, for the most part, especially during close-ups. Fine lines and objects are a bit more distinct, and faces appear more natural and revealing. But overall, the 2160p picture is not all that dramatically different than its 1080p predecessor, looking largely similar in many areas.

The same can be said of the contrast and brightness balance. On the whole, the 4K transfer enjoys a nice boost thanks to the brighter, cleaner whites, which is most apparent during the prom scenes in the last quarter of the movie. Specular highlights also show a tighter, more radiant glow in the hottest spots and various light sources, which again, supply the action scenes of prom night with a more energetic pop and dazzle. Black levels are a tad richer as well though not by any notable difference. Nevertheless, it's enough to provide the 2.35:1 image with improved depth and an attractive cinematic appeal while also maintaining excellent shadow detailing within the darkest, murkiest corners.

The biggest gain in this HDR10 presentation comes from the wider color palette, energizing the screen with improved primaries throughout. Reds are notably fuller and animated while blues are more spirited and dynamic. Likewise, secondary hues display better and more variation, enlivening the action and comedy with a warmer, cheerful yellow cast in the cinematography. A deeper, fiery orange during explosions occasionally engulfs the screen, and facial complexions appear healthier with natural, lifelike tones in the entire cast, making this UHD a worthy upgrade that fans will appreciate. (Video Rating: 78/100) 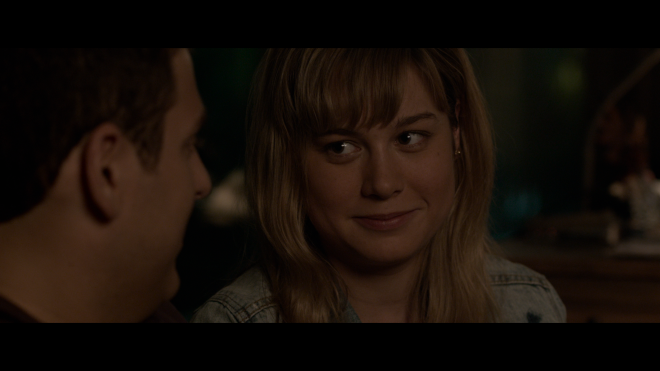 For a dialogue-driven comedy, the new Dolby Atmos soundtrack mostly delivers and is plenty to satisfy fans with the results. Comparatively speaking, however, the object-based track doesn't make a significant impression, doesn't leap and bound over the hood of a 1970 Chevy Camaro as smoothly as Jenko. Dialogue remains crisp and precise with conversations and various off-hand comments taking priority over the action-packed segments. Imaging maintains outstanding clarity and definition during the loudest, noisiest moments while energizing quieter scenes with plenty of background activity, generating a broad and highly engaging soundstage. At the same time, the low-end provides a powerfully robust and palpable weight to the various song selections and action sequences.

Similar to its lossless counterpart, the rears are continuously employed with effective directionality and flawless panning. The house party and prom night are lively with the commotion of celebrating teenagers filling the entire room. The burst of gunfire and explosions echo all around and very lightly into the ceiling channels, but the music makes better use of the overheads, slightly expanding the soundfield. However, it's not enough for creating an immersive atmosphere, and the top heights are put to better effect with a few atmospherics, most notably during the prom night scenes, convincingly traveling into the above off-screen space. (Dolby Atmos Audio Rating: 84/100) 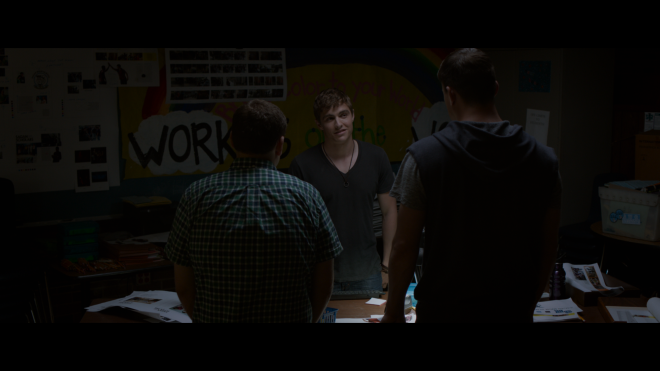 The same set of supplements are ported over, which can be enjoyed on the accompanying Blu-ray disc while the Ultra HD disc comes with four Trailers in full HD. 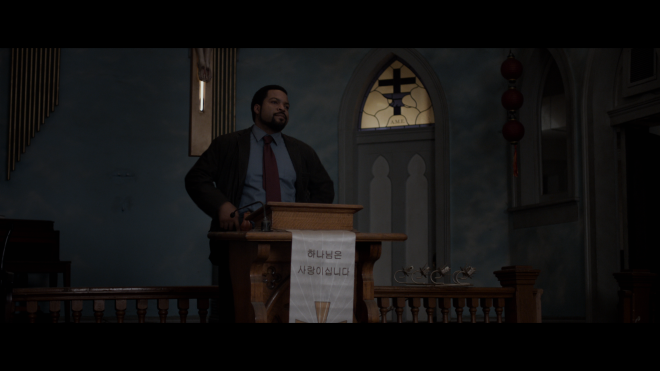 Eight years later, the odd-couple pairing of Jonah Hill and Channing Tatum in 21 Jump Street remains just as ridiculously entertaining as ever. The buddy-cop actioner from Phil Lord and Christopher Miller is a hilariously clever comedy, jabbing at both the familiar tropes of the genre as well as the production itself, leaving fans wishing the ride would never end. The pair of bumbling bike cops transfer to Ultra HD with a great-looking 4K HDR10 presentation and an excellent Dolby Atmos soundtrack, providing fans with an appreciable step-up over its Blu-ray counterpart. Porting over the same set of supplements, the overall package nonetheless makes for a recommended for addition to the UHD force.