For February, we're covering a romantic trilogy, a sci-fi drama, and a super hero adventure. Please be aware, that if you haven't already seen them, there are some SPOILERS for the discs listed.

If you only buy three titles that hit Blu-ray in February, here's what we suggest you pick up, starting with the most essential... 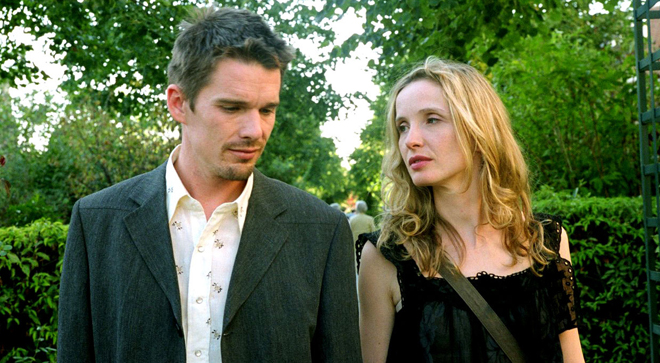 'The Before Trilogy' - Love is an ongoing conversation. It can be exciting and awkward and scary to start. And it requires work and effort and active participation from all parties to keep going and growing and evolving. Fully examining this notion in ways both figurative and quite literal, Richard Linklater's 'Before Trilogy' captures one couple's romance through three distinct yet irrevocably connected phases -- creating one unified cinematic conversation about love, change, and human connection.

Blending a dialogue heavy presentation with a loose narrative construction and understated visuals, Linklater essentially crafts three movies that more or less follow one couple, Jesse and Celine (Ethan Hawke and Julie Delpy), as they walk and talk their way through Vienna, Paris, and Greece. All the while, they discuss the general mysteries of existence while they fall in love, part ways, reconnect, get together, and ultimately face the mounting flaws in their once idyllic romance. Shifting nine years with each new installment, the trilogy sees the characters and cast age from their twenties to their thirties to their forties, weaving in real life inspirations from the cast and filmmaker's own experiences in love, marriage, and parenthood. A perfect encapsulation of the director's unassuming, everyday approach to arthouse cinema, the trilogy ultimately paints a deceptively striking and realistic picture of relationships through an affecting tug of war between romanticism and cynicism.

With 'The Before Trilogy,' Linklater, Hawke, and Delpy form one of contemporary film's most rewarding collaborations, resulting in a perfectly complementary fusing of their individual artistic gifts and perspectives, elevating the material in ways that would simply be impossible if one link were removed. Collected in a comprehensive boxset complete with a wealth of interesting supplements and an authentic technical presentation, these three films have been given the special treatment that they deserve, giving viewers the opportunity to revisit Jesse and Celine's ongoing conversation whenever they want. 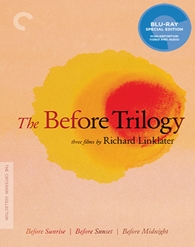 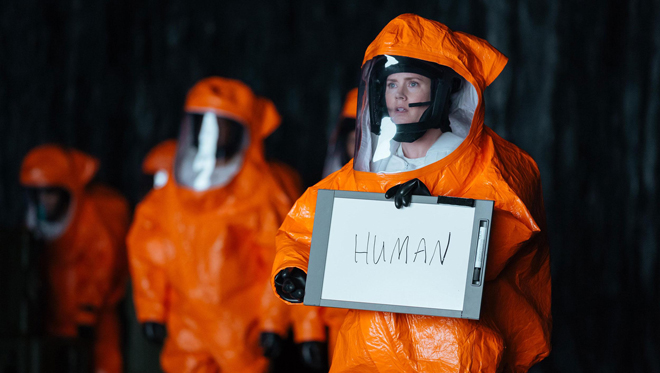 'Arrival' - Within a linear interpretation of time, the concept of cause and effect couldn't be any simpler. Make one action first, and another incident will occur as a direct consequence. But what if this chain of events was far less rigid and concrete? What if choices and their results existed as sustainable paradoxes, with the response coming at the same time or even before the question? If you already knew the answer would you still ask it? If you already knew the destination and its cost, would you still embark on the journey? Fueled by an emotionally charged examination of memory and communication, Denis Villeneuve's 'Arrival' probes deep into these heady ideas, fully exposing the power of cinematic language and its unique ability to reshape time.

Placing a more intimate spin on typical big-screen first contact scenarios, the movie uses its high-concept premise to weave a fundamentally human tale, using the heptapods' arrival and their unique perception to comment directly on our own species' larger struggles to communicate and on one woman's deeply personal journey. As Louise (Amy Adams) gradually unravel the aliens' unconventional language, she begins to experience their nonlinear relationship with time, shifting and rearranging the nature of her choices, allowing Villeneuve to cut in and out of the present and future while simultaneously revealing new meaning within the movie's own structure. As the film's delicately emotional climax unfolds, cause and effect are shed in a new light, forcing us to weigh one tragic result against the immeasurable value of all that leads us there in the first place -- fusing grief and joy into one inseparable amalgam of the human condition.

Through memories of the future, 'Arrival' creates an absorbing and emotionally affecting twist, balancing an intimate portrait of love and loss with a larger commentary on the potentially world-saving effects of proper communication. In other words, this is sci-fi at its best. Thankfully, whether viewed on Blu-ray or Ultra HD Blu-ray, this release features solid video, demo-worthy audio, and a great selection of supplements -- making this disc an essential new arrival to any film fan's shelf. 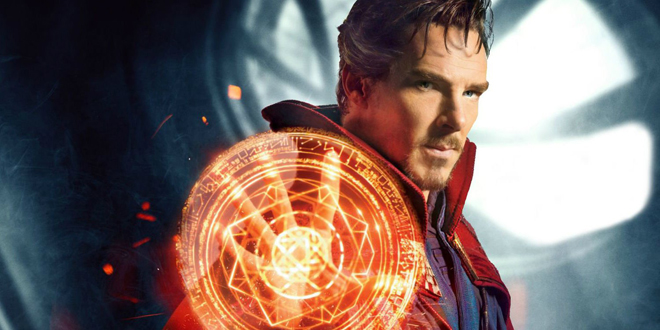 'Doctor Strange' - Over the last nine years, Marvel has brought various aliens, gods, monsters, superheroes, and talking raccoons to the silver screen -- but with Doctor Strange, the studio finally opens the door to the world of magic and mysticism. Bringing the legendary Sorcerer Supreme into their cinematic universe, the studio has once again presented an engaging origin story. And though certain elements of the narrative formula are growing stale, the movie features some of Marvel's most striking and engaging visuals yet -- filling the frame with enough mind-bending imagery to put a smile on even the most skeptical Steve Ditko fan's face.

Yes, the character's overall arc is undeniably familiar -- turning an arrogant selfish man into an honorable selfless hero -- but that doesn't make the journey any less thrilling and entertaining, especially when a perfectly cast Benedict Cumberbatch serves as its star. And with a generous helping of imaginative effects, the runtime does a great job of introducing audiences to the mystical side of Marvel's world. To be honest, when I first saw the trailers, I thought the flick's visuals made it look like a generic 'Inception' rip-off, but in the practice, the city-folding imagery leads to some very creative set pieces, adding a welcomed sense of scope and scale to the production. Likewise, the filmmakers aren't afraid to embrace the source material's appropriately "strange" elements, leading to one particularly trippy voyage through the multiverse that is sure to leave audiences breathless… and questioning what's in their popcorn.

Ending with a rather clever spin on the usual "let's destroy an entire city" superhero finale, the movie leaves us with an unconventional, timey-wimey solution to defeating the big bad -- fully cementing Cumberbatch's take on Doctor Strange as a force to be reckoned with. Likewise, with a great technical presentation (especially in 3D) and a nice assortment of special features, this disc itself is quite a force to be reckoned with as well. Now, let's hurry up and get Strange on screen with the rest of The Avengers. I'm sure I'm not the only one who can't wait to see Cumberbatch and Downey Jr. finally meet goatee to goatee. 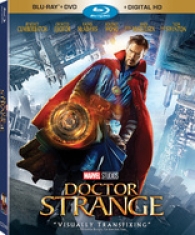 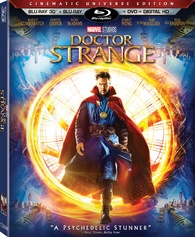