For February, we're covering a powerful investigative thriller, a seductive coming of age classic, and a stirring espionage drama. Please be aware, that if you haven't already seen them, there are some SPOILERS for the discs listed.

If you only buy three titles that hit Blu-ray in February, here's what we suggest you pick up, starting with the most essential... 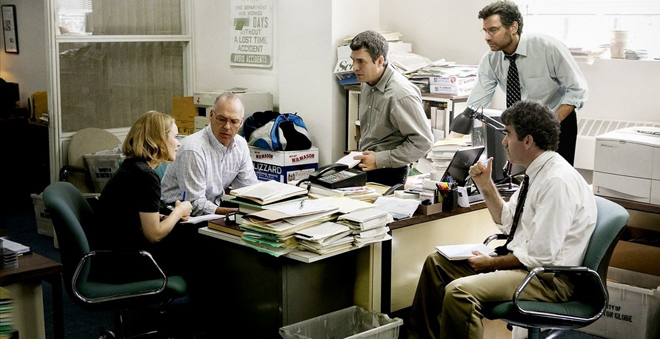 'Spotlight' - Looking the other way, turning a blind eye, or foolishly rationalizing injustice for the sake of routine complacency, can all be disturbingly simple endeavors. After all, choosing to not speak up is essentially an easy task, for it requires no action at all -- merely the absence of action. But what about doing the right thing? Seeking truth and justice, upsetting the applecart and exposing wrongdoing and corruption even in the face of seemingly insurmountable odds -- what does that take? In 'Spotlight,' director Tom McCarthy provides an answer, reminding us what good old fashioned reporting looks like through some good old fashioned filmmaking.

Paying respect to the real-life reporters that inspired the script, the film becomes a quietly riveting examination of investigative journalism, tracing the careful steps and intricate minutia that go into building and executing a story of this significance. From conception and inquiry to analysis and vetting to timing and careful tweaking, the procedure is demonstrated in full, finding genuine suspense and drama within the realistic ups and downs of editorial decision making. Likewise, each increasingly disturbing revelation in the Catholic Church molestation cover-up is presented with understated weight, mostly letting the inherent magnitude of the corruption speak for itself. With that said, there are key moments when the characters' discontent can no longer stay nestled just beneath the surface, and the cast -- especially Mark Ruffalo -- all do an amazing job of keeping their performances grounded yet still powerful in potent bursts. Likewise, though clearly filled with admiration for its protagonists, the movie does not ignore their weaknesses, painting a very human and realistic portrait of the process, regrettable past mistakes and all.

Through unassuming yet carefully constructed form and straightforward yet methodical storytelling, the director mirrors the similar due diligence, streamlined focus, and commitment to detail that fuel the reporters in his film. Winner of the Best Picture Oscar at the 88th Academy Awards, the movie rightfully earns its heavy praise, cementing the, uh, spotlight in this month's list of must own titles. 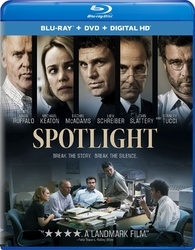 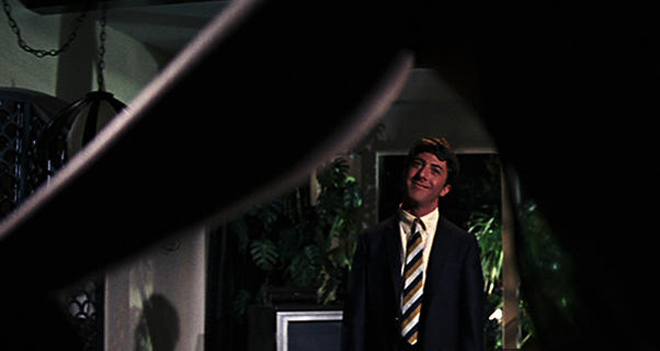 'The Graduate' - What's that you say? I can now buy Mike Nichols' 'The Graduate' on Blu-ray with a new 4K digital restoration and a plethora of in-depth supplements? Criterion, you're trying to seduce me... and it's working! A milestone of American cinema and one of the defining films of the "New Hollywood" movement, this unconventional coming-of-age tale remains one of the most assured and influential mixtures of form and content to ever hit the silver screen.

Benjamin Braddock (Dustin Hoffman) is looking for something. He doesn't know what it is -- only that it's got nothing to do with "plastics." Like many recent grads, he's confused, listless, and disillusioned. And then along comes Mrs. Robinson (Anne Bancroft)… and then off go her clothes. Painfully funny, the satirical narrative probes deep into the inherent uncertainty of youth and the tragic missed opportunities of middle-age -- eliciting dry laughs and affecting insights in equal measure. And through a highly influential fusion of sight and sound, director Mike Nichols breathes innovative cinematic life into all of those laughs and insights. From playful framing and quick cutting shots to reframing zooms and repeated visual motifs to post/pre-lapped sound and an iconic Simon & Garfunkel soundtrack, the movie's style is perfectly attuned to its narrative, using the unique attributes of filmmaking to enhance the emotions, subtext, and meaning of every scene. And then there's the climax. Becoming the very definition of ambiguity on screen, the film's iconic final image is full of unrestrained joy and sobering doubt. Subverting the romantic finale it seemingly begins to promise, Ben's story doesn't so much end as it simply trails off -- fading to black with an eternal ellipses underscored by the wistful sound of silence…

Despite being one of my favorite films (or perhaps because it's one of my favorite films), I've held off on buying the previous Blu-ray from MGM because I suspected a more comprehensive edition would eventually hit the market. And now it's here! Far from a lazy double dip, this is a masterful release of a genuine American masterpiece -- easily making this disc one of February's most seductive releases. 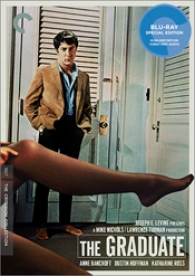 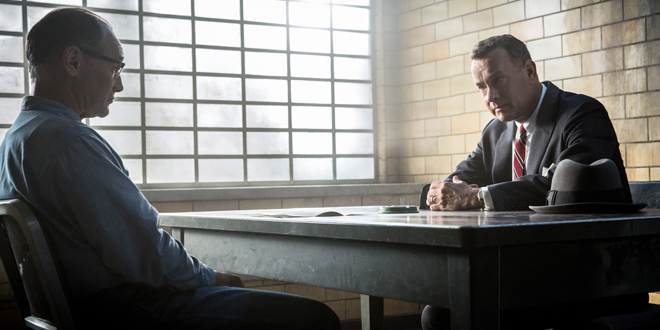 'Bridge of Spies' - A distinct stylistic voice is the mark of any great filmmaker -- and few directors carry one more instantly recognizable than the great Steven Spielberg. Playing up all of his silver screen trademarks to a tee, 'Bridge of Spies' essentially becomes a cinematic demonstration for why these techniques continue to work so well. And thankfully, it also happens to simply be a damn fine film.

As the winding spy thriller weaves its Cold War tale of loyalty, justice, perseverance, and sacrifice, the director runs through his usual bag of tricks -- revealing a veteran filmmaker completely at home in his craft. Every camera movement, composition, wide shot, cut to close-up, and music cue is so expertly and effortlessly composed, building just the right emotional response and dramatic turn, that one gets the sense that Spielberg could probably start directing in his sleep. Thankfully, however, it's very clear that he was indeed wide awake here, and this is far from a "phoned in" effort. It's just so precisely and almost invisibly crafted, that it all looks deceptively easy. With that said, some of the director's more overtly sentimental trappings do become a bit transparent. The way the rousing music gently creeps in during an inspiring monologue, for instance, can't help but reveal the cinematic calculations at work -- and yet, this doesn't take away from the power of these scenes. It just becomes a perfect example of why the director's methods are so damn effective in the first place. Sure, Spielberg's style can be manipulative, but he's always so unashamedly sincere in his manipulation that it never fails to elicit the response he desires -- which more often than not means turning me into a blubbering mess.

And if emotional resonance is your goal, it certainly doesn't hurt to have Tom Hanks at the center of your cast. Once again playing a likeable "everyman" who takes on a decidedly not-so everyman task, Hanks imbues the role with a steadfast matter-of-fact morality that makes it nearly impossible to disagree with his risky yet unshakably honorable choices. Coupled with Mark Rylance in his Academy Award-winning performance as the script's exceedingly soft-spoken and polite Russian spy, the pair create a surprisingly affecting friendship -- one that goes on to ground the movie's twisting game of politics and negotiations with two very human perspectives. A Spielbergian drama in all the right ways, 'Bridge of Spies' manages to edge out another very notable February spy thriller for the last spot on this list. After all, overwrought Sam Smith song notwithstanding, when's the last time a Bond film made a grown man cry? 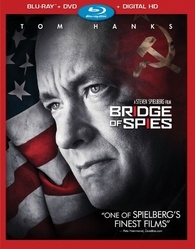