If you can only buy three titles that hit Blu-ray in November, here's what we suggest you pick up, starting with the most essential... 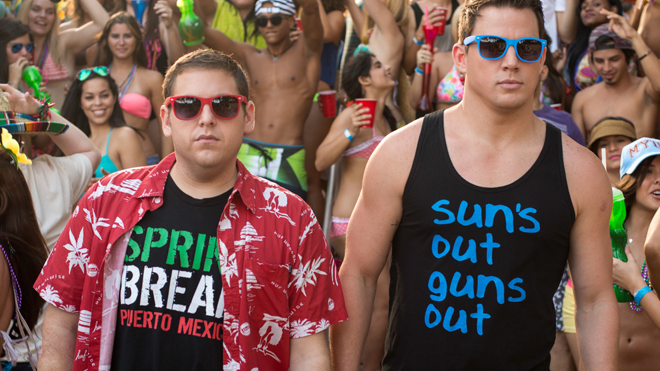 '22 Jump Street' - The term "bromance" gets thrown around out a lot in our contemporary pop culture -- so much so that it now causes me to cringe a little whenever I hear it -- but there really is no better word to describe the amusingly deep friendship between Schmidt (Jonah Hill) and Jenko (Channing Tatum). They're best friends and they love each other and they don't care who knows! And it's this endearing relationship that goes on to fuel much of the heart and comedy of '22 Jump Street.' Playfully self-referential and surprisingly fresh, this is one of those rare sequels that's actually better than the first.

Leaving high school behind for college, the movie's central conceit could not be more predictable or potentially groan-inducing -- but the filmmakers inject the script with a meta sense of humor that repeatedly makes clever observations about Hollywood sequel conventions. While some of these winking jokes can be a little too cute for their own good, the majority land wonderfully, creating a sly layer of self aware comedy that lovingly lampoons recycled plot ideas and budgetary constraints. Of course, the real crux of the movie still rests in the deep bond between its likeable protagonists, and after previously solidifying their friendship, there is now trouble in paradise for the two platonic lovebirds. The writers have a lot of fun with this aspect of the script, milking plenty of laughs from their drifting relationship and oscillating roles. Likewise, directors Phil Lord and Christopher Miller manage to keep the film's tone steady and consistent while injecting a solid helping of over-the-top action -- proving that they're just as adept at directing human beings as they are at directing Legos.

Hilarious, smart, and unashamedly heartfelt, '22 Jump Street' is everything a comedy sequel should be. Sure, the overall plot is very similar, but the script takes all that we loved about the first film and expands upon it without merely repeating what came before. Also, the flick is home to one of the best end credit sequences to ever grace the silver screen. Filled with tongue-in-cheek ideas for even more installments in the franchise, the montage offers a cornucopia of sequel parody concepts -- and with '23 Jump Street' on the way, one of these silly premises might actually make it into production! 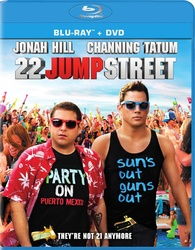 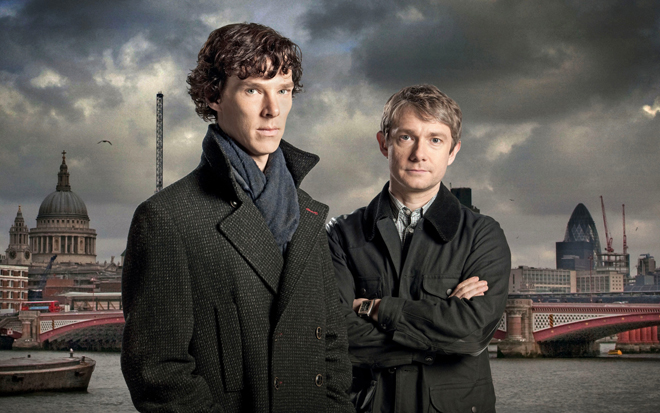 'Sherlock Limited Edition Gift Set' - As a rule, I'm normally not a big fan of modernizing classic novels or characters. More often than not, writers get so caught up in figuring out ways to contemporize things that they lose sight of what makes the original concept and protagonist so special to begin with. With that in mind, I was a bit hesitant about the arrival of 'Sherlock.' Despite being developed in part by current 'Doctor Who' mastermind Steven Moffat, I wasn't sure that the traditionally 19th century detective would fit well into a 21st world. Well, boy was I wrong! With their new spin on the iconic sleuth, the cast and crew have come up with one of the most successful interpretations of the character... ever.

In its first three seasons, the show has provided a clever series of mysteries -- frequently inspired by classic Sir Arthur Conan Doyle stories -- that keep viewers on their toes with smart twists and turns. But as engaging as the plots are, the real draw of the show is its characters. Led by the rather brilliant casting of Benedict Cumberbatch and Martin Freeman as Holmes and Watson, 'Sherlock' features some of the best on-screen chemistry that the small screen has to offer. Watching the pair bounce off each other is endlessly entertaining, with Watson's everyman appeal frequently clashing against Holmes' outwardly cold and calculating genius. Of course, it's this contrast that makes the pair such great friends, and the deep bond that forms between both men is downright touching. In fact, one might even say that they're engaged in a bit of a "bromance" themselves (are you sensing a pattern in this month's list?). That is, if Holmes is even capable of any kind of lasting human relationship. Under the writers' guidance, Cumberbatch's take on the character is that of a high-functioning sociopath with a computer-like mind but a complete lack of social niceties. This mixture of quirks leads to a refreshingly original twist on the legendary role and has been the source of some equally fascinating and funny character beats and developments.

Yes, there are cars and computers and smartphones -- but at its core this is still Sherlock Holmes, and the modern touches are worked into the mysteries seamlessly, creating a contemporary version of the character that feels perfectly natural. By and large, the show has been consistently exceptional (ignoring that rather convoluted fake death plot), and season two's "A Scandal in Belgravia" remains one of my favorite episodes of any show in a very long time. With all three seasons of the series, a special bonus disc with exclusive supplements, mini-busts of Holmes and Watson, and two original art cards, it's no mystery why this limited edition gift set is a clear must own! 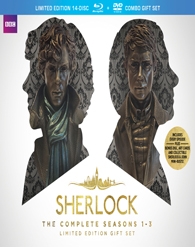 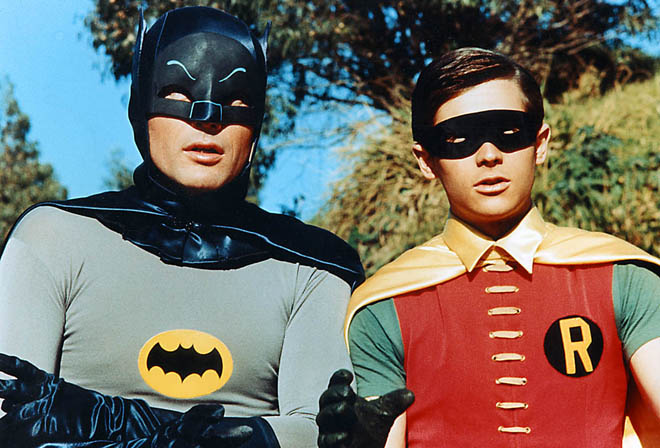 'Batman: The Complete Television Series (1966)' - Throughout the character's amazing 75 year history -- spanning comics, cartoons, video games, novels, and movies -- there have been many different interpretations of Batman. And while the predominant take on the Caped Crusader tends to veer toward the grim and gritty, this serious and brooding version of the so-called Dark Knight is far from the only valid take on the legendary vigilante. In fact, it turns out that in 1966, Batman wasn't quite so glum. Instead of an angry, growling voice of vengeance, he was a swinging, double-entendre spewing, spandex-wearing, colorful superhero who actually knew how to have some fun... and dance. My god, did he know how to dance! I mean, Michael Keaton, Kevin Conroy, and Christian Bale might get most of the fan's adoration -- but could any of them pull off moves like this? I think not.

With its bright colors, 60s production design, endless cliffhangers, incessantly hummable theme song, and iconic flashing "Bams!" and "Pows!", the TV show is a radiant splash of fun that never once takes itself seriously. Marked by a cheeky and impossibly silly sense of humor, the series has essentially become the very definition of camp, inspiring countless and far inferior attempts at similar tones. And then there's the deliciously evil rogues gallery of villains on display, including many heavy hitters like the Joker, Riddler, Penguin, and Catwoman, all brought to life by an amazingly talented ensemble of performers gleefully relishing every scenery chewing moment on the screen. But as memorable as the villains are, one can't forget the Dynamic Duo themselves. As Batman and Robin, Adam West and Burt Ward play to the show's sensibilities perfectly, hamming it up just right while still remaining oddly and endearingly sincere. And yes, you guessed it, their crime-fighting coupling is definitely something of a bromance as well!

Previously tied up in complicated legal issues, it's a bit of a miracle that this full series set has finally been released. Thankfully, it mostly lives up to expectations with strong video, solid audio, and great supplements. Yes, this particular interpretation of Batman might not be everyone’s cup of tea, but this really is an effortlessly enjoyable and surprisingly influential show -- and thanks to syndication, despite our 30 year age difference, it's also one of the few series that both my Dad and I grew up watching. It might no longer be on the "same bat time" or "same bat channel," but with this Blu-ray, audiences young and old can now enjoy the wacky adventures of Batman and Robin in glorious HD. In other words... "Holy must own Blu-ray, Batman!" 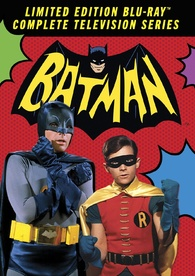 So, there you have it. While there are many titles worth picking up this November, those are our top three must own recommendations. We'll be back next month with three more essential picks, but for now, what do you think of our selection? What are your choices for November's must own titles?