This month, we're covering a group of uncanny mutants, a clever sci-fi action flick, and an Italian cinema masterpiece.   Please be aware, that if you haven't already seen them, there are some MAJOR SPOILERS for the discs listed.

If you can only buy three titles that hit Blu-ray in October, here's what we suggest you pick up, starting with the most essential... 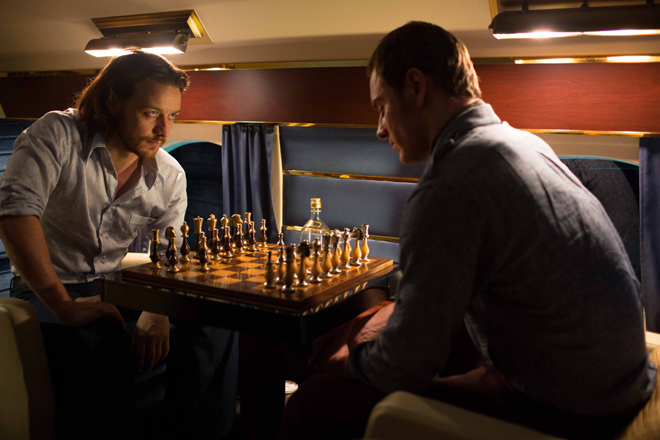 'X-Men: Days of Future Past' - With the release of the first 'X-Men' film back in 2000, director Bryan Singer helped usher in the golden age of high-quality comic book flicks that we continue to enjoy today, mixing blockbuster thrills with smart casting and a mature tone. With the release of 'X2: X-Men United,' Singer expanded upon everything he did right before, evolving the characters and story to new heights. And then with the release of 'X-Men: The Last Stand,' director Brett Ratner stepped in and proceeded to screw it all up. Badly. Very badly -- paving the way for the even more mediocre 'X-Men Origins: Wolverine.' In fact, many fans hated both films so much, that they wished each movie could somehow simply be erased from existence. But in order to do that, one would need to travel through time… and that's where 'X-Men: Days of Future Past' comes in. Marking the much welcomed return of Bryan Singer, the film attempts to "put right what once went wrong," blending past, present, and future into an epic superhero tale that fully sets the franchise back on track.

Since Marvel's mutants first hit theaters, fans have been waiting patiently to see the superheroes' infamous giant robot enemies, the Sentinels, on the big screen (and no, that quick Danger Room scene in X3 does not count).  Well, after fourteen years, that wait is finally over, and the results don't disappoint. Hell, with both retro and future Sentinels, we actually get two for the price of one -- and that's not the only buy one get one free discount in effect here. Fully utilizing the time travel plot to his advantage, Singer is able to blend the original cast and new 'First Class' cast into one kick ass story. And while there is sadly little direct interaction between both time periods, we do at least get one fantastic scene that pits McAvoy's Xavier face to face with his older self, allowing Stewart to pass the torch on to his younger incarnation.

By sending Wolverine back in time, the filmmakers are able to create a thrilling comic book adventure while simultaneously cleaning up past scripting and continuity mistakes in one fell swoop -- effectively erasing all the missteps made in 'X-Men: The Last Stand' and 'X-Men Origins: Wolverine' (I just wish they could also erase the pain I endured watching them). Though an extended cut is likely on the way next year, this theatrical edit is an undeniably impressive release, offering a demo worthy technical presentation and a very solid collection of supplements. In fact, the only downside here, is that watching the movie again just makes the wait for 2016's 'Apocalypse' that much harder. Now, if only I had Kitty Pryde to send my consciousness into the future... 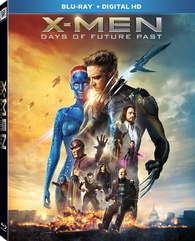 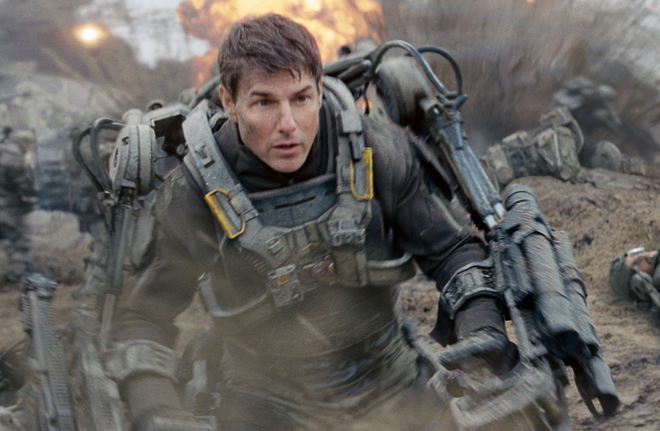 'Edge of Tomorrow' - As good, obedient movie-watchers, we're practically trained to assume that our silver screen heroes will survive almost anything. Especially when they're played by Tom Cruise. I mean, a movie's protagonist can't just die in the first act, can he? Well, in 'Edge of Tomorrow,' it turns out that he can. And not just once. He can die over and over and over again. Serving as a kind of action-packed, alien invasion take on Harold Ramis' 'Groundhog Day,' the film uses a familiar but extremely clever conceit to defy usual narrative expectations, creating a story where the main character's repeated demise is not only anticipated, but downright necessary.

Little more than a smarmy coward, Major William Cage starts out as a far cry from the usual brave heroes Tom Cruise is known for (though that smarmy part is pretty par for the course). But as the man is forced to repeatedly die and relive the same day, he gradually develops into a genuine badass hero. Through videogame respawning logic, he is able to adapt to his mistakes, using each death as a learning experience, carefully planning a course of action that could finally lead to victory over his alien enemies. And even though we already know and accept that Cage will inevitably die several times along the way, the filmmakers are still able to create palpable tension, continually taking the soldier closer and closer to success only to have him suddenly killed by a new obstacle, forcing him to start all over again with another strategy. Likewise, the repeated deaths also lead to a surprising amount of laughs, turning the man into a live action version of Kenny from 'South Park.' Joining Cruise, is the wonderful Emily Blunt, who turns in a great performance as the tough-as-nails Rita. And on top of the great cast, we also get some really creepy alien bad guys that feature a refreshingly original visual design. Coupled with the awesome exoskeleton suits our protagonists wear, these creatures lead to a bunch of pulse-pounding action scenes.

Blending visceral war movie carnage with sci-fi imagery and a clever narrative structure, 'Edge of Tomorrow' manages to become one of the genre's most effective and entertaining efforts in a long time. Sure, the ending doesn't make a whole lot of sense based on the rules that are explained on screen, but thankfully the iffy conclusion doesn't ruin the smart scripting that comes before. This disc from Warner Bros. is top-notch across the board, and while the movie had a somewhat underwhelming box office run, it's now destined to find a much deserved larger audience on Blu-ray. After all, who can resist the chance to see Tom Cruise kick ass and repeatedly get slaughtered by aliens... over and over again? It's a perfect flick for both "Maverick" fans and detractors, making it a clear must own! 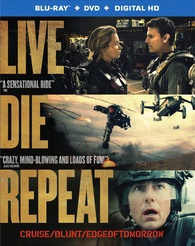 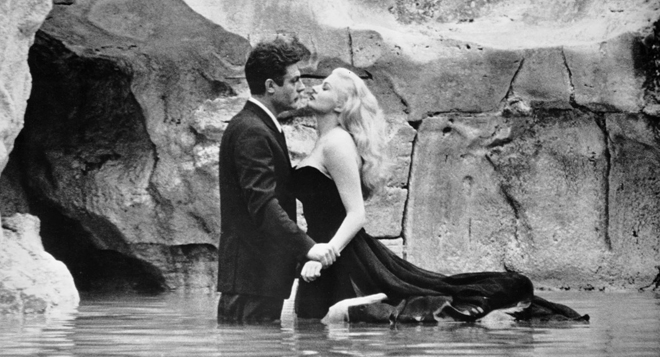 'La dolce vita' - What makes life truly sweet? Material success, money, carnal pleasure, and fame can surely bring a superficial level of contentment, but is this form of joy ever really long lasting? Or does it merely serve to mask a far greater void of emptiness lurking just beneath the surface? An emptiness hidden by flashing bulbs, glitzy parties, disposable friends, meaningless flirtations, and rowdy excess. With its episodic excursion into hollow decadence, Federico Fellini's 1960 masterpiece, 'La dolce vita,' reveals the illusory allure of celebrity, exposing the all too fine line between sweet and bitter. A defining masterpiece of Italian filmmaking and one of my personal favorite movies, this disc easily deserves a spot on every classic film fan's shelf.

Through the chaotic misadventures of Marcello (Marcello Mastroianni), a celebrity gossip journalist, Fellini takes audiences head first into a world full of paparazzi cameras and frivolous desires. Mastroianni proves to be flawless in the role, mixing natural charm with a certain brooding melancholy. You see, unlike many of his peers, Marcello retains some level of self-awareness, and still has dreams of becoming a real writer of substance. This fading ambition leads to a certain disenchanted sadness in the character, making his womanizing and poor decisions painful to witness. And as the movie moves from day to night and back again, the director effortlessly blends comedy and drama, along with sumptuous images -- including the famous Trevi Fountain sequence that sees Marcello dally with a beautiful starlet, both knee deep in water. But as entertaining and powerful as the entire runtime is, it's the movie's ending that really cements its place among cinema's greatest achievements.

In its final moments, 'La dolce vita' comes about as close to perfection as any film I've ever watched. There, in its last scene, Fellini seamlessly distills everything he is trying to say, capturing the dwindling struggle between Marcello's opposing desires through a beautifully poetic and deceptively simple series of images. Sitting on a beach after a rowdy party, the disillusioned man looks across a small gap in the sand filled with water. On the other side of this tiny precipice he spots a young woman that he met earlier in the film. She's a waitress filled with innocence, hope, and passion -- filled with everything Marcello has lost. She calls out to him, but the sound of the crashing waves drowns her voice. She calls out to him, be he cannot hear her. All he needs to do is make the small effort necessary to cross the distance between them, but in reality, she might as well be miles away. They are in different worlds, and with a matter-of-fact shrug and a half-hearted smile, Marcello fully bids adieu to what he could have been. He simply gives up and turns his back to her. He turns his back and joins the crowd of party goers, becoming just another empty face in a sea of empty souls, vacantly content to gorge on excess, gossip, sex, and fame… forever doomed to live "the sweet life." 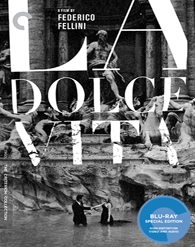 So, there you have it. While there are many titles worth picking up this October, those are our top three must own recommendations. We'll be back next month with three more essential picks, but for now, what do you think of our selection? What are your choices for October's must own titles?