Every month, dozens of Blu-rays hit shelves, littering stores with High-Def temptation. New releases, catalog titles, complete TV seasons, and elaborate box-sets all vie for affection, and with so many worthy releases targeting our wallets, choosing which discs to spend our hard earned cash on can be rather tricky. To make things a little easier, we here at High-Def Digest thought it might be helpful to bring you our top three must own recommendations for the month.

This month, we're covering two film noir masterpieces and a heart-wrenching true story drama. Please be aware, that if you haven't already seen them, there are some spoilers for the discs listed. 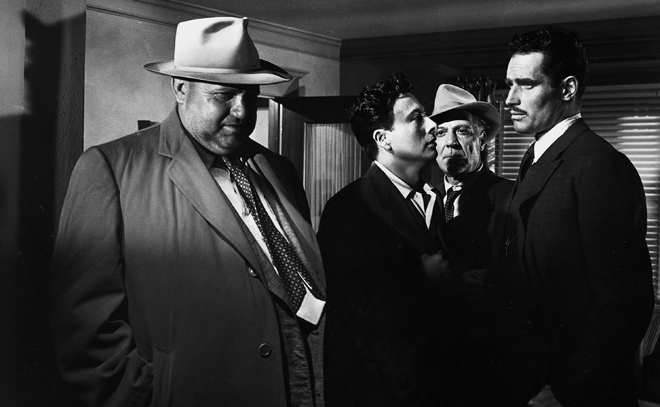 'Touch of Evil: Limited Edition' - Just one touch. That's all it takes. A single sliver of corruption. A tiny morsel of sin. A fleeting brush with evil can unravel any good man, distorting misguided intentions into violent horrors. A true classic of the film noir genre, Orson Welles' 'Touch of Evil' chronicles an escalating chain reaction of deceit and murder –- and it all starts out with bang.

After one of cinema's most famous and impressive extended shots, Welle's punctuates his smooth camera movements with a literal explosion, disrupting the unbroken sequence through an expected but still startling jolt. From then on, the movie's twisting plot of moral decay and growing corruption hits the ground running and never stops. As night becomes day, we follow three intersecting plotlines which gradually unravel the film's central mysteries, shifting from character to character as the cruel shadow of evil infects their lives. But just who is the real source of this darkness and can they be stopped in time? Charlton Heston offers an appropriately dignified and righteous turn as the noble Mike Vargas, becoming the narrative's stalwart moral compass and beacon of light. The legendary performer imbues the part with steadfast determination, likeable compassion, and boiling rage, stopping at nothing to solve the case and punish the truly guilty. In contrast, Welles' Hank Quinlan is a man of much more ambiguous moral fortitude, and the director manages to be just as impressive in front of the camera as he does from behind. A bloated, sweaty drunk with a limp and scruffy stubble, Quinlan is an imposing, intimidating mess of a man, resulting in one of Welles most iconic and nuanced roles.

Visually, the director becomes just as nuanced in his cinematic style as he does in his acting, creating a palpably noir aesthetic. Low angle, Dutch angle, and wide angle shots create a skewed perspective that accentuates specific characters, while long, extended takes and deep focus create layers of activity in single shots, maintaining tension and drawing connections. Light and shadow also play an invaluable role in the movie's stark black and white cinematography, and one scene illuminated by a slowly flashing and fading light is especially powerful, briefly turning the mystery thriller into a veritable horror film. And then there's the pith-perfect climax which features an exceptional use of editing to keep the audience on their toes. With three versions of the film, great video and audio, and a healthy assortment of supplements, this Limited Edition Blu-ray release is a classic film fan's dream come true. Much more than just that movie where Charlton Heston plays a Mexican, 'Touch of Evil' is a true masterpiece, and rightly earns the top spot on this month's essential picks. 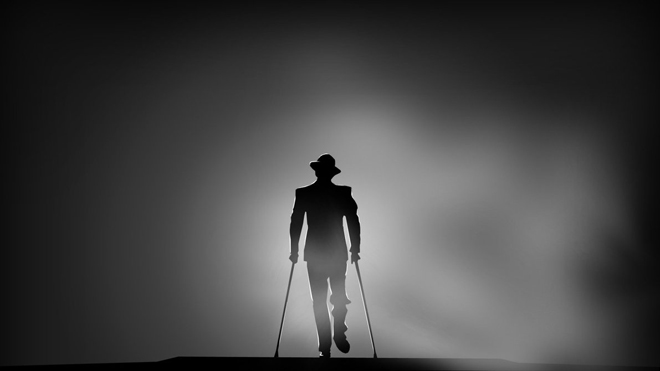 'Double Indemnity: 70th Anniversary Limited Edition' - 'Some Like it Hot,' 'The Apartment,' and 'Sunset Boulevard.' Most directors would be lucky to have just one movie in their filmography that comes close to equaling any of those treasures. But not Billy Wilder. No, for him, hits like that are just par for the course. One of Hollywood's greatest filmmakers, Wilder's repertoire is absolutely bursting with cinematic gems, and in many ways it all started with 'Double Indemnity.' Though not his first feature, the prototypical film noir is his first genuine masterpiece, helping to kick-start an entire genre of moviemaking.

Marked by all the essential hallmarks that would go on to define American crime thrillers of the 40s and 50s, the film is practically a checklist for film noir style. There's a flashback structure narrated by a downtrodden voice over, a cynical protagonist, a dangerous femme fatale, hardboiled dialogue, shadowy cinematography, insurance fraud, moral ambiguity, jaded themes, twisting fatalism, and plenty of cigarettes. The characters' conversations sizzle with quick wit and elaborate metaphors, and Wilder's images create a mysterious mood cast in the perpetual shadow of cascading venetian blinds. The narrative itself is also a masterwork, weaving a scheming plot full of deception, guilt, and betrayal. As Walter and Phyllis' seemingly full-proof plan is devised and carried out without a hitch, we simply sit patiently on pins and needles, continually waiting for the other shoe to finally drop -– and when it does, thanks to that pesky "little man," Wilder makes us squirm in our seats as it all comes crashing down.

From the moment we first meet Walter, only his back to the camera, a mere faceless husk in a sulking coat, we already know that he is doomed. The chain of events that will eventually lead to his demise are simply prologue, creating an instant sense of inevitable defeat, and Wilder reveals each coffin nailing development with expert craft and artistry. Much like 'Touch of Evil,' this 70th Anniversary Blu-ray release from Universal features an impeccable technical presentation and great special features, completing April's one-two punch of must own film noir releases. 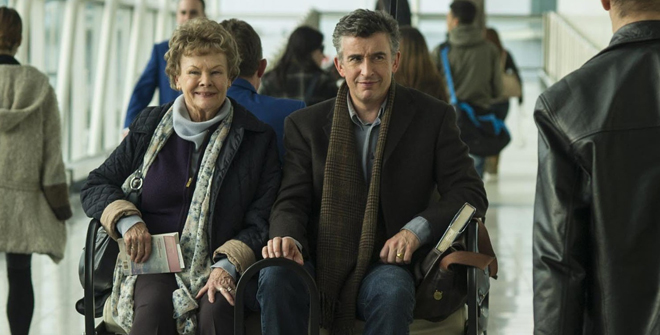 'Philomena' - A heart-wrenching true story about family, sin, and forgiveness, beyond its emotionally stirring drama, Stephen Frears' Academy Award nominated 'Philomena' is, of all things... a buddy film. A buddy film starring Dame Judi Dench and Steve Coogan. And somehow, that incredibly unlikely pair manages to have rather amazing chemistry. Weird, right? A thematically deep tearjerker marked by just the right amount of light humor and bittersweet sentimentality, the film is elegantly composed, wonderfully acted, and effortlessly engaging, following one woman's quest to right a horrible wrong.

Depressed, callous, rude, and irritable, Coogan's Matin serves as a perfect foil to Dench's sweet-natured Philomena, and both actors play off each other brilliantly. In their journey to find Philomena's long lost son, the pair form a surprising bond, and through the woman's polite determination and Martin's necessary pushiness they find the answers that they seek –- even if they are far more devastating than either could have anticipated. A frustrating depiction of injustice, the movie boils to a quietly rousing climax, subverting expectations by avoiding a true explosion of much earned retribution in favor of something far more difficult and provocative... forgiveness. Despite the terrible misdeed inflicted upon her, Dench's character is somehow able to let all the hate go, finding sympathy for her antagonists. An inspiring examination of misplaced punishment, lingering grief, and cathartic absolution, the movie hits all the right emotional beats. Sure, some of the drama can be a tad overwrought and manipulative, but Dench's performance is so natural and sincere that the narrative eventually earns every turn of its heart-tugging finale.

Not just a sentimental "human interest story," 'Philomena' is a handsomely crafted drama with a strong emotional center and a sweet undercurrent of amusing humor. Fueled by great performances from Judi Dench and Steve Coogan, and a thoughtful script, the movie tackles a harrowing true story tale about lost family, grave wrongdoing, and undeserved guilt. Though not exactly packed with supplements or filled with home theater demo worthy setpieces (though any scene with Dame Judi is automatically demo worthy as far as I'm concerned), this is still one of the month's strongest releases, earning the final spot on April's list.

So, there you have it. While there are many titles worth picking up this April, those are our top three must own recommendations. We'll be back next month with three more essential picks, but for now, what do you think of our selection? What are your choices for April's must own titles?