For October, we're covering a chilling sci-fi/horror classic, a blood-soaked prom date, and a rivetting murder mystery. Please be aware, that if you haven't already seen them, there are some SPOILERS for the discs listed.

If you only buy three titles that hit Blu-ray in October, here's what we suggest you pick up, starting with the most essential... 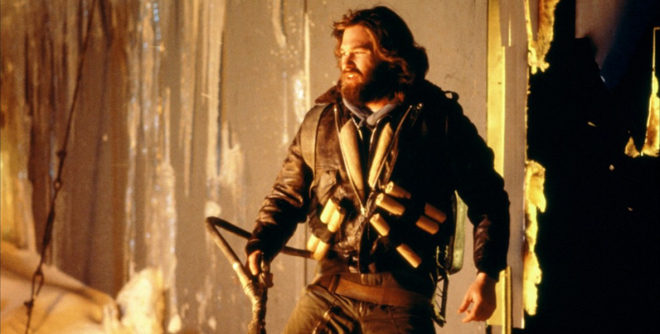 'The Thing: Collector's Edition' - Paranoia and suspicion are two perfect ingredients for suspense, but when you add in the threat of a shape-shifting alien creature, the effortless charisma of a bearded Kurt Russell, and the curmudgeonly charm of the great Wilfred Brimley, you get the ultimate recipe for a sci-fi/horror masterpiece. A rare genre flick that seems to only get better with age, John Carpenter's 'The Thing' offers a chilling descent into fear, distrust, and exploding gore.

As we watch a group of researchers in Antarctica stumble upon an extraterrestrial creature capable of assimilating and transforming into other living beings, Carpenter creates a slowly escalating sense of paranoia, forcing his protagonists and audience to constantly question who they can trust. Using its cold and secluded setting to its advantage, the movie immediately establishes an isolated and claustrophobic atmosphere, heightening the runtime's sense of danger since there is clearly nowhere for our heroes to run or hide. This building distrust and seclusion is then punctuated by a series of intense and appropriately gory set pieces marked by incredible makeup and practical effects, highlighting the alien's grotesque shapeshifting ability -- violently distorting recognizable human and animal forms into disturbing, mutilated perversions of once familiar shapes. And throughout all the chaos, Carpenter carefully chooses which moments and interactions to show us and which to keep off screen, allowing the enemy's identity to remain hidden, planting constant doubt while simultaneously setting up one of the tensest blood tests I've ever seen.

Though it was not a critical hit when first released in 1982, 'The Thing' has gradually gained acclaim over the years, rightfully earning the flick the Collector's Edition treatment it deserves. With that in mind, Shout! Factory has put together a fantastic 2-Disc set with a new video transfer, two audio mixes, and an extensive array of special features. Far from some inferior or nefarious imposter, this Blu-ray is now the definitive version of one of the sci-fi/horror genre's definitive films. 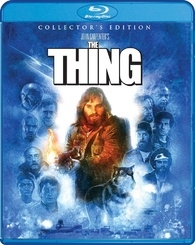 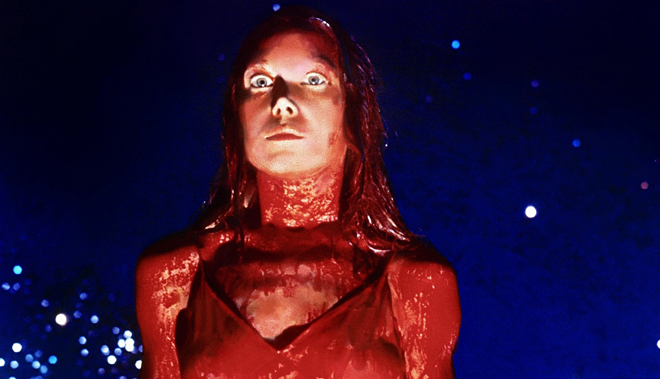 Through the tale of a shy and tormented girl with burgeoning telekinetic powers, the filmmakers are able to embellish relatable struggles of adolescence with mounting supernatural dread, layering the runtime with an unsettling sense of anticipation. An anticipation that culminates in one of the horror genre's most iconic and absolutely perfect climaxes. As a once idyllic prom night turns into a hellish bloodbath, De Palma brilliantly uses slow motion to accentuate every excruciating moment of the setup, forcing audiences to watch helpless as poor Carrie is cruelly doused in pig's blood -- and when the bucket drops, the director unleashes every ounce of mounting tension, evoking Carrie's unbridled rage through equally unrestrained style, filling the scene with a kaleidoscope of mocking laughter, vengeful split screen, uncomfortable close-ups, and red tinged mayhem. Disorienting, intricately constructed, and absolutely terrifying all at once, the sequence helps to cement the film as an enduring staple of silver screen terror and suspense.

This 2-Disc 40th Anniversary Blu-ray release from Shout! Factory features a new and improved video transfer along with a 5.1 mix and the film's original mono track, offering a great technical presentation that highlights the movie's intense visuals and striking sound design. Likewise, the release includes a fantastic assortment of supplements, giving fans a great collection of new and vintage special features. As a must own horror disc through and through, there's thankfully absolutely nothing to laugh at here. 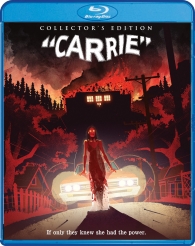 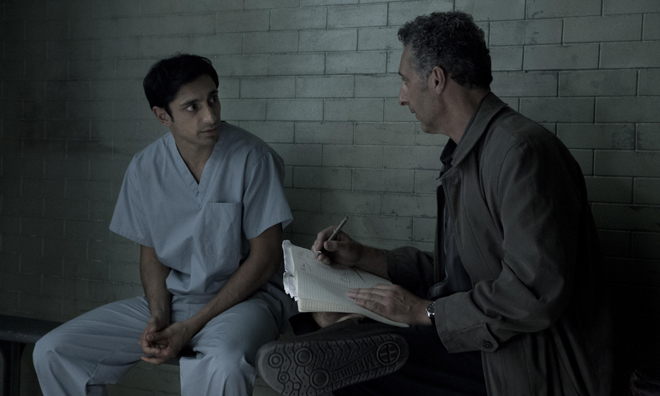 'The Night Of' - The events of most nights are fairly inconsequential. So inconsequential, in fact, that we'd be hard pressed to even remember them. But when a person happens to end up in the wrong place at the wrong time, every last detail about every minute could prove to be either damning or exonerating. As the full timeline of one evening comes more and more into focus, HBO's 'The Night Of' gradually weaves a gripping murder mystery -- slowly taking us beyond the fateful night in question and far into its continually reverberating consequences.

Focused on a young man, Nasir (Riz Ahmed), who is arrested for a murder he seemingly did not commit, the miniseries follows the accused killer as he is thrust through the criminal justice system. Tackling each step with impressive nuance and detail, we watch as Nasir is interrogated, transferred to prison, and put on trial, exposing the human hardships and frustrating flaws that plague each step of the process. Likewise, the narrative also concentrates on the twisting mystery itself, opening up new potential suspects as Nasir's lawyers track down different leads in an attempt to find out what really happened that night. To this end, the show ends up blending different elements of procedural storytelling, shifting its runtime between prison, the courtroom, and detective work -- with each thread offering an equally compelling experience marked by a careful balance of stark realism, cinematic flourish, and affecting drama.

Though some questions are left unanswered, the writers ultimately leave viewers with a general sense of what may have truly transpired on 'The Night Of,' offering just the right amount of ambiguity and satisfaction. Intricately nuanced, utterly absorbing, and marked by a complementary balance of realism and genre conventions, this is small screen storytelling at its best. While this release is disappointingly barebones, the technical presentation is top-notch and the series itself easily ranks high among the best TV shows of 2016 -- helping to acquit this title of any charges against it. 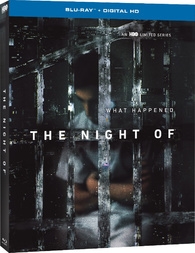 So, there you have it. While there were many titles worth picking up this October, those are our top three must own recommendations. We'll be back next month with three more essential picks, but for now, what do you think of our selection? What are your choices for October's must own titles?