With the new year comes the promise of fresh new 4K Ultra HD Blu-ray releases - those previously announced, those hinted, or those fans have hoped for. Unfortunately, the first couple months of the year are usually pretty rough for interesting releases - especially in these plague times where new theatrical releases are relatively few and far between. Now that we're through March with some better releases, some deep dive fan favorites hit in April leading into a packed month of May and through the end of the year with studios pulling out the big guns for new special editions and fan favorites finally making it to the format. As theaters start to reopen and new releases hit theaters, the slate of 4K releases should only get better and better!

Technically, nothing is scheduled for this day. However, after the botched release of Batman v. Superman Remastered 4K UHD Blu-ray, April 6th is the earliest ship date we've seen from any retailer we were able to pre-order from before. Some stores are listing a ship date well into mid-May. We'll cover this one ASAP - we have pre-orders with Amazon, Target, and Best Buy so it's a race to see who gets this to us first. 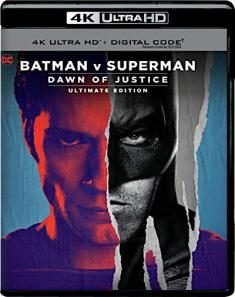 If you had a tough time finding Arrow's deluxe release of Tremors on 4K UHD Blu-ray - you weren't alone. Even before that set went out of print it was commanding steep gray-market prices. Now you can get the not-so-deluxe single-disc release at a much more reasonable price. 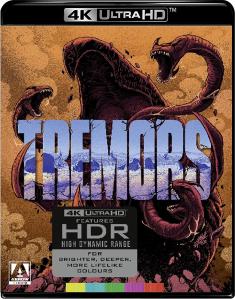 The month starts a bit on the slow side of things without any new 4K UHD Blu-ray titles the first week but jumps in nicely on the 13th with this hilarious fan favorite that has had a long history of lackluster home video releases. As we already reviewed Spaceballs - this one is well worth the upgrade! 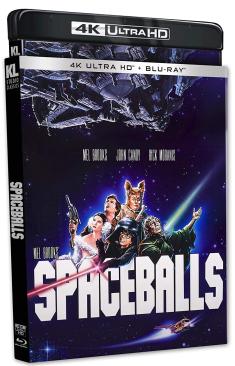 I can't believe this one's already 20 years old! After Arrow already gave this modern cult classic an excellent deluxe release, they're following it up with a new 4K Ultra HD Blu-ray release. Richard Kelly's brain bender is a welcome addition to the format offering fans both the Theatrical Cut and extended Director's Cut with Dolby Vision HDR and a host of excellent bonus features. 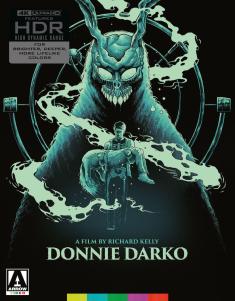 Severin follows up their excellent releases of Perdita Durango and The Day of the Beast with a dive into the beautiful madness of Alejandro Jodorowsky's Santa Sangre. This three-disc set includes the 4K disc, the 1080p Blu-ray, the soundtrack CD and a massive assortment of new and archival bonus features. 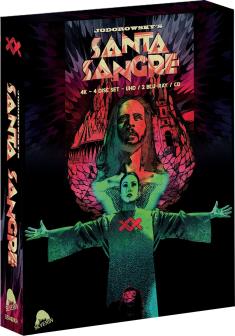 The Good, The Bad, and The Ugly

Kino Lorber Studio Classics returns to one of their most popular releases to give Segio Leone's iconic The Good, The Bad, and The Ugly the 4K UHD Blu-ray treatment it deserves. However, only the Theatrical Cut is offered and no HDR - but - the film is getting new color timing work so it won't be he same as their previous 50th Anniversary release. 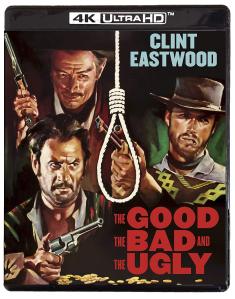 Patrick Swayze and Jennifer Grey sell this teenage coming of age film with hit music and some sultry dance moves. Made on a shoestring budget, it's been a fan favorite success ever since it hit theaters. Lionsgate is giving this film the full 4K UHD Blu-ray treatment with an exclusive SteelBook release to Best Buy. As of right now, this film isn't available anywhere else - if that changes we'll keep you posted. 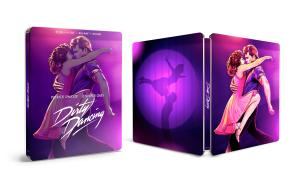 That does it for this month - Arrow was supposed to drop a single release of Django on 4K on the 27th, but since we can't locate any pre-order info for that release anywhere, it looks like they're holding onto their May 25th slate for the big deluxe two-film set.

While this wasn't a huge month of releases, it leads us into May which is going to be packed to the gills with fan favorites the liks of The Sting, Speed, Shrek, and My Fair Lady among numerous others. In the meantime, we'll also be picking away at some exciting import titles as we can get to them.  This should be an exciting summer! Thanks for reading and thank you for all of the pre-orders! We really appreciate it and all of the feedback. Here's to the start of an awesome summer season!