Twenty years later, Richard Kelly's genre-bending nightmare Donnie Darko remains an engrossingly entertaining yet strange journey through the disturbed imagination of a troubled teen. Courtesy of Arrow Video, the cult sci-fi drama distorts spacetime on Ultra HD as a two-disc collector's package with an impressively beautiful 4K presentation of both versions of the film.

Sadly, the disc containing the theatrical cut is arguably defective and practically unwatchable on some disc players. Nevertheless, the latest UHD edition features the same lossless audio track, the same set of supplements and a hardcover book, but it also includes new postcards and a new poster. For impatient loyal fans, the package is Highly Recommended, but others might want to wait until Arrow replaces the disc or a replacement program is announced.

A combination of teen drama, fantasy, horror, comedy and sci-fi, Richard Kelly's Donnie Darko is a genre-bending descent into the disturbed imagination of a troubled teen. Twenty years later, the bona fide cult classic continues to elude easy comprehension yet refuses to be forgotten. It remains one of the craziest sci-fi journeys on time traveling, one that still manages to surprise younger audiences with its simple but impressive plot about Donnie's (Jake Gyllenhaal) quest to figure out the significance of his visions and create a sense of purpose in his life. It's a mesmerizing and absorbing tale that, thanks to Gyllenhaal's portrayal and Kelly's direction, marvelously draws viewers in and makes them care for Donnie's anguish and confusion as the world crashes around him.

As Donnie struggles with finding meaning, often depressed and anxious, he wrestles with really big questions while battling with how his life affects others, almost as though he were more of a burden than a complement. He deals with this dilemma all while under the guidance of a giant, demented bunny named Frank (James Duval), which adds another layer of complexity to this bizarre, labyrinthine coming-of-age tale. It is very tempting to read the whole thing as one really strange, drug-induced dream since Donnie meets Frank for the first time coincidentally the same night he takes expired psychotropic medication. In either case, part of the film's greatness is its mystery, and ultimately, this psycho-thriller is a darkly beautiful, eccentrically perplexing journey of adolescent awkwardness with a shrewdly perceptive social commentary on 1980s teen culture.

For a more in-depth take on the film, check out our review of the 2017 Blu-ray HERE.

Richard Kelly's Donnie Darko travels through a wormhole courtesy of Arrow Video as a two-disc 4K Ultra HD Edition box set, celebrating the film's 20th Anniversary. Inside an attractive and sturdy black cardboard box featuring new cover art, a pair of triple-layered UHD100 discs are housed in a black, slightly thicker than usual keepcase with a center spindle holding the Theatrical Cut Disc, and they are joined by six postcards and a flyer.  The box also comes with a poster of newly commissioned artwork, and a 100-page hardcover book featuring five analytical essays, a Foreword by Jake Gyllenhaal and various color photos. The wealth of special features are spread between the two UHD discs, which go straight to the menu screen with full-motion clips and music playing in the background. 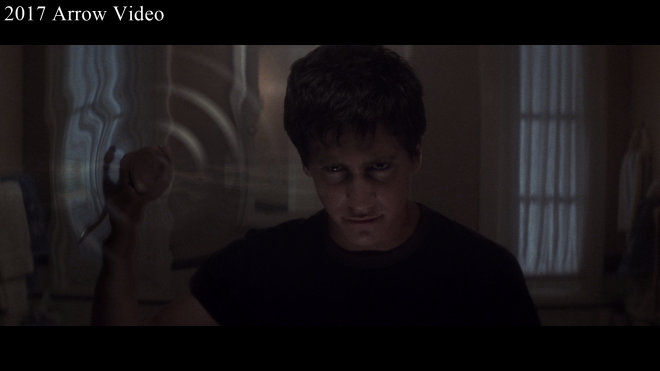 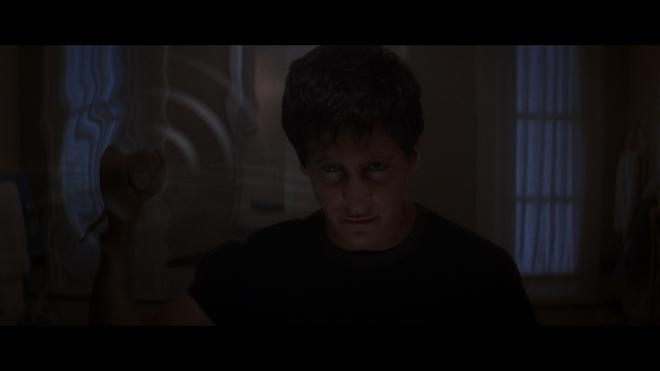 Donnie Darko distorts spacetime on Ultra HD with a surprisingly impressive and satisfyingly beautiful HEVC H.265 encode, offering fans a notable upgrade over previous Blu-ray releases and making this version the best the film has ever looked on any format.

However, there is one major caveat to that praise. Being one of my most highly-anticipated releases of the year, it pains me to report that the disc containing the original theatrical cut of the cult classic arrives with a major blunder. The encode comes with a serious framerate issue that causes a stuttering effect once every second, making the movie pretty much unwatchable. But it appears to be a problem affecting only certain disc players, like the Panasonic, PS5 and Xbox Series X, all three of which I tested on my system. My Oppo UDP-203, on the other hand, played the disc without issue and was used for this review, which explains the high marks and praise for this release. But for those without an Oppo or any other unaffected player, the disc is unwatchable and understandably ranks significantly lower, if not outright defective. We will keep readers posted on any updates or news from Arrow Video.

[UPDATE: As promised, Arrow Video has issued a replacement UHD disc of the original theatrical cut of the cult classic, which now plays as it should on all the players mentioned above. The assessment of the video below remains the same.]

With all that said, the cult sci-fi drama when played on the Oppo has really never looked better on any format and easily blows aways previous iterations. This native 4K transfer comes from the same remaster of the original 35mm elements used for the 2017 Limited Edition release, which was also approved by director Richard Kelly and cinematographer Steven B. Poster. Although the movie has never been much of a looker on any format and still would not serve as demo material, this UHD is nonetheless a massive upgrade with noticeably better resolution and clarity. Poster's stylized photography was accomplished by the use of diffusion filters, giving the presentation a soft, dreamy quality and a slightly subdued, lite-grayish tone. Beneath the surreal, dreamlike appearance, we can better make out sharper lines in buildings and various furniture, random objects in the background are more intelligible, and the threading in the clothing is distinct in every scene. 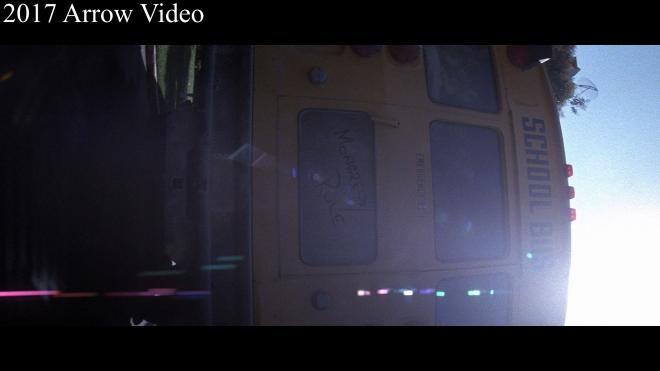 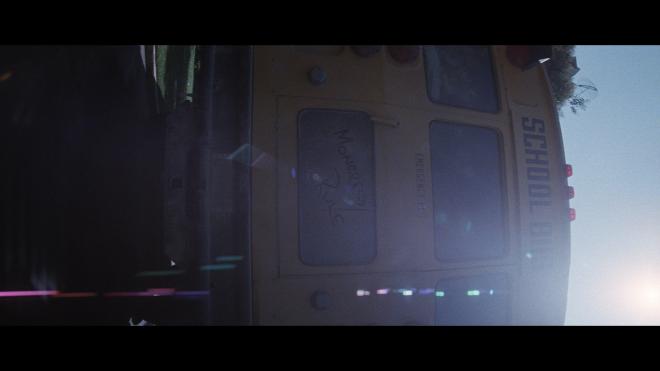 Thankfully, the deliberate look doesn't affect contrast balance too much, and in fact, contrast has received a welcomed improvement. From the school uniform of the kids and the clouds in the sky to the brilliant lightning flashes in various scenes, whites are significantly cleaner and brighter than the Blu-ray. Likewise, the improved specular highlights are not only crisper with a tighter, radiant glow, but the finer details within the hottest spots are also more revealing, such as in the light fixtures or the brilliant, realistic sheen along metallic surfaces. Most appreciated is also the boost in brightness levels, showering various scenes in inky, velvety rich blacks. With deep, stygian shadows that maintain excellent visibility within the darkest corners of the frame, the 2.35:1 image has a lovely cinematic quality with appreciable dimensionality.

Without a doubt, the best part of this Dolby Vision HDR presentation is the improved color palette, displaying better and more accurate saturation levels than its HD SDR counterparts. Primaries, in particular, have a nice, energetic pop without also seeming artificial or exaggerated, such as the lively, shamrock greens in the perfectly manicured lawns, the deep cobalt blues of the school uniforms and the animated red of the weird stranger in the tracksuit. Secondary hues are also more vibrant with better variation between the various shades, especially the haunting yellow tone that washes over a few sequences, ranging from golden honey color to a softer dandelion and warm tan combo. Flesh tones are more apparent and natural looking with a healthier rosy-peachy complexion and revealing, lifelike textures in the entire cast. (Dolby Vision Video Rating: 88/100) 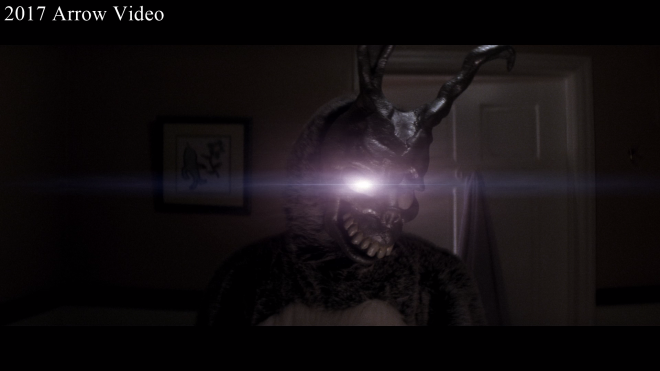 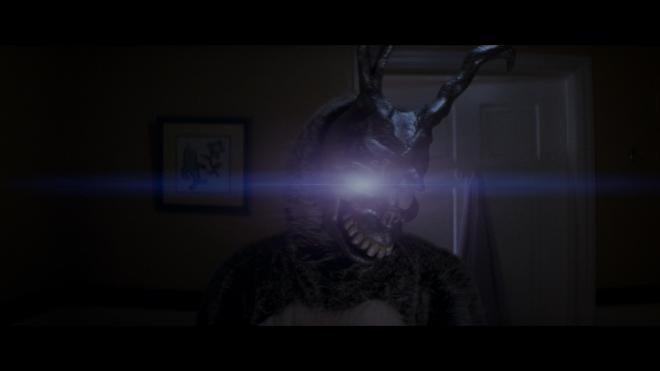 The mind-bending teen drama crashes into home theaters with the same excellent DTS-HD Master Audio 5.1 soundtrack enjoyed on the 2017 Limited Edition box set. For a more in-depth take on the audio quality, you can read our review of the Blu-ray HERE. (Audio Rating: 92/100) 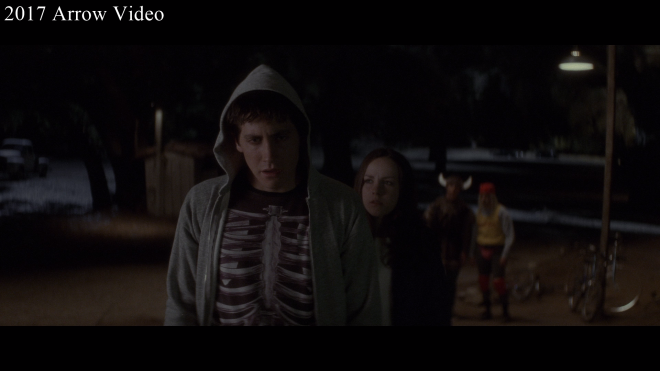 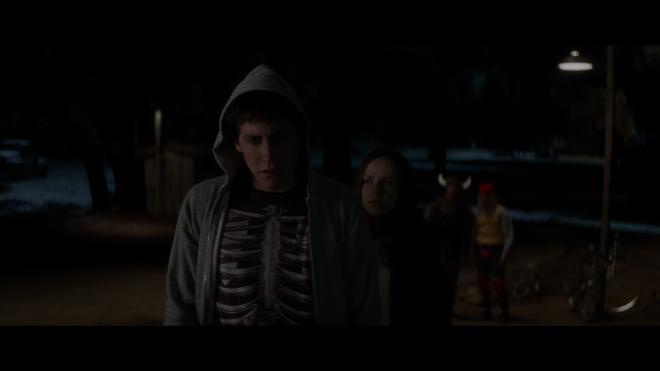 For this Ultra HD edition, Arrow Video has ported over the same set of bonus features as the previous box set, and they all spread across the two UHD discs. 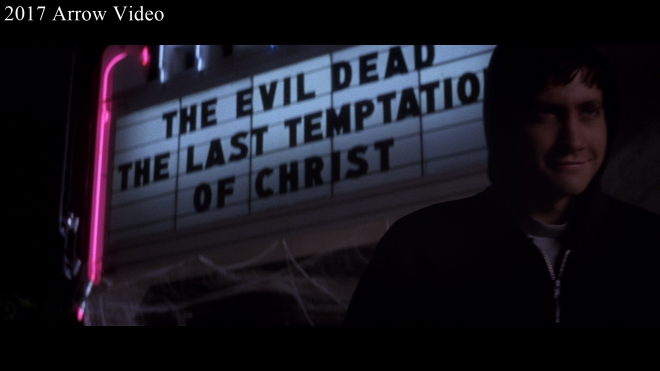 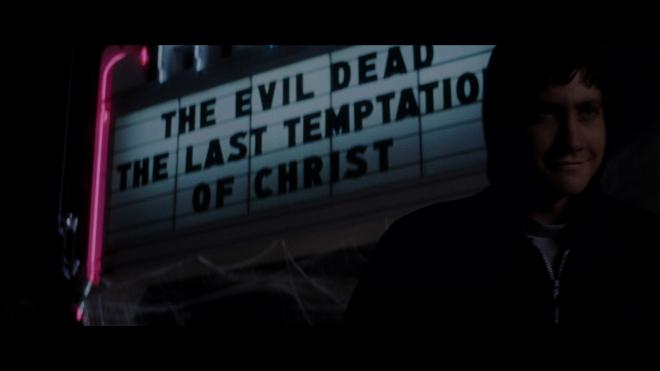 Donnie Darko is a very strange journey through the disturbed imagination of a troubled teen and has amassed an immensely large cult following. Making an impressive film debut, Richard Kelly's genre-bending nightmare encourages various interpretations from the viewer yet refuses easy comprehension while refusing to reveal its meaning as it explores 80s pop culture at the end of the Reagan era.

Courtesy of Arrow Video, the cult sci-fi drama distorts spacetime on 4K Ultra HD as a two-disc collector's package. The Dolby Vision HDR presentation of both versions of the film is impressive and satisfyingly beautiful, offering a fantastic upgrade over its Blu-ray predecessor, yet the disc containing the theatrical cut is sadly problematic and unwatchable, affecting some disc players. Porting over the same DTS-HD audio track, set of supplements and hardcover book, this latest edition that includes new postcards and a poster is highly recommended for impatient loyal fans while others might want to wait until Arrow replaces the arguably defective disc.