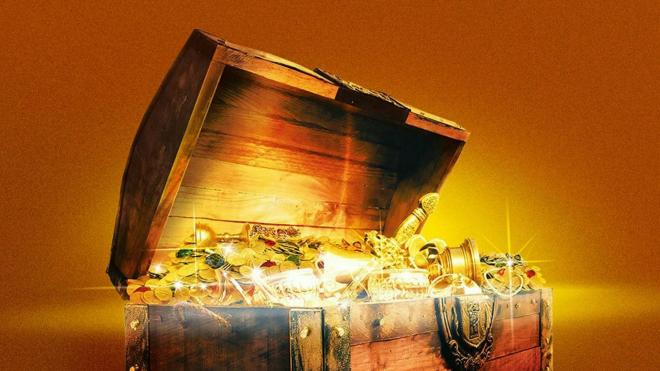 Home Video Releases For The Week of September 1, 2020

As you probably had read last week, September could be considered a pretty expensive month. Although Matthew's article mostly covered 4K wallet busters, regular HD/2K has a lot to offer this month as well. I know if I buy every title I want to this month, it literally could add up to a grand.

Unsure if there has been a production issue or a delay, but I still am awaiting my Gamera Collection (Arrow Video) from Amazon, Amazon has actually delisted it, showing unavailable.

Welcome to Episode 15 of our weekly take on what's hot or worthy for home video releases.

There are no 4K digital releases slated for this week.

For 4K releases, there are a handful, and some of them have choices as to which one to get. First let's cover the single sku releases. From Arrow Video, the sci-fi/horror Vin Diesel flick Pitch Black. Early reviews thus far have been favorable for this release, our review should be live by the time you read this. Next, the Robert Downey Jr versions of Sherlock Holmes. The first movie Sherlock Holmes, and the sequel Sherlock Holmes: A Game of Shadows. I seem to recall from reviewers that the Sherlock Holmes movies were love or hate flicks, mostly hate. 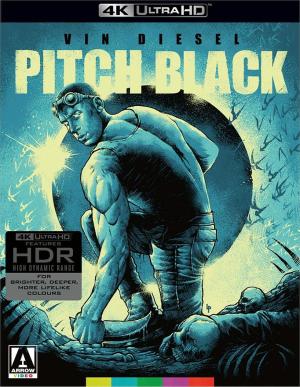 And now for the multi-sku releases.

First up is Beetlejuice. There are a lot of people pretty excited to see this one coming, and it is available in 3 different SKUs. A standard 4K release, a Deluxe Giftset 4K release, and a Best Buy 4K SteelBook release. Do you buy the one you really love, but then have to buy the standard release to keep that one in mint condition? Do you buy two, keeping one back and enjoying the other? Do you simply buy the one you want and no worry about any of that? The Deluxe Giftset's selling point is it's a Handbook For the Recently Deceased edition, which includes special packaging and some swag. 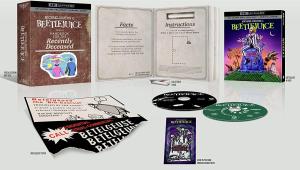 And the next of the multi-SKU releases, The Goonies. This one also has three different skus, similar to Beetlejuice. And they are the standard 4K release, the deluxe giftset 4K release and the Best Buy 4K SteelBook.

There are no digital HD releases for this week.

Shout Factory highlights of the week. Foreign film Baba Yaga: Terror of the Dark Forest. This one is dubbed in English, but the original Russian language track also remains in case you're curious about the native track or trying to learn Russian. The GKIDS label this week offers the animated feature Children of the Sea. Having seen the manga, but not having read it, I am going to go in this one blind, it looks interesting.

Universal is releasing the Steve Carell comedy/drama Irresistible this week. It's another movie that woud have been in theaters but was put on hold due to the pandemic shutdown. I had never really connected Carell til I had watched him on the Netflix series Space Force, which I enjoyed the first season, looking back I see he's voiced a couple of animated films I have seen. He's also played in a few other movies, so he is a significant player in the field.

Another movie that fell victim to the theater closures, LionsGate is bringing us Rogue, an action film starring Megan Fox. The plot doesn't sound like anything entirely new, but it might have enough variations in it to be an enjoyable flick, so long as you're not looking for Oscar material here. 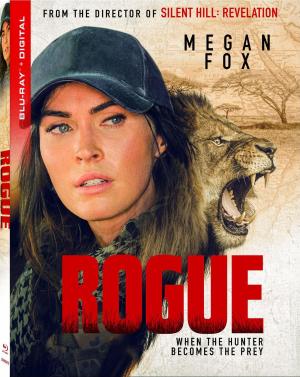 A piece of the Warner Archive's next batch of titles comes out this week, Young Sheldon: The Complete Third Season. I personally could never understand the draw to The Big Bang Theory, maybe it's one of those shows I might check out someday on a streaming service, starting with episode one so as to get some background on it.

In the anime category, there are a bunch of first time releases that might interest you, I will be picking a few up myself for sure.  Aside from the above mentioned GKIDS release, from FUNimation this week, Africa Salaryman which gives me a Zootopia sort of vibe. Also from FUNimation,  Arifureta: From Commonplace to World's Strongest: Season 1, available as a standard edition and as a limited edition, and A Certain Scientific Accelerator: The Complete Series, and before you ask, yes it is based on the similarly named series, A Certain Scientific Railgun. Radiant: Season 2 - Part 1 also streets this week. Sentai brings us The Demon Girl Next Door - Complete Collection. 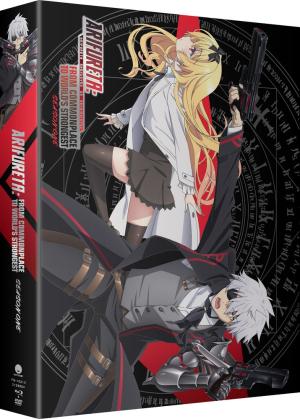 There are two titles announced with Friday street dates, and both are concert/music releases. Just last week we listed the Rolling Stones' Steel Wheels concert, in three different skus. This week, their Goats Head Soup gets a Deluxe Edition release.

Kino just announced Buck Rogers in the 25th Century: The Complete Collection, which includes both seasons of the TV show as well as the movie. I consider this pretty big news and look forward to the release. Also from Kino, a title I have been waiting for, Amazon Women on the Moon, coming November 10th. Something about that one makes me smile every time I watch it. Play Misty For Me is getting the Kino treatment, with a street date of November 10th, and this one is loaded with extras.

Order links for the upcoming November Criterion titles mentioned in last week's article are now available. A couple of these titles might have to end up in my collection, sooner than later.

There is a newcomer in the field of releasing blu-ray discs, the company's name is Cauldron Films. In their debut, they've announced two movies, Abrakadabra and American Rickshaw. Do check them out, hopefully you've got an interest in one or both of them and do the right thing by placing a preorder.

Arrow UK has just revealed 4K discs coming for the 1996 Cronenberg film Crash as well as the 1990 film King of New York starring Christopher Walken and many other big names. There is no definite U.S. release announced, rights to films vary from country to country, but one can hope and expect that Arrow is actively seeking the rights to a U.S. distribution.

Finally, early listings have appeared on Amazon for "Best of" decades collections from Warner Bros. They span 70s, 80s, 90s and 00s. Look for them under PENDING on our release calendar. I expect a couple more to be added as well in the next few days. If I had to guess, I would say late November or early December.

Where do I begin? I probably want all the 4K titles this week, probably the exclusive giftset for Beetlejuice, with the rest of the titles to be the standard editions. My copy of The Demon Girl Next Door has already arrived. I have on order Arifureta, the box set to keep and the standard edition to use and enjoy, also on order, A Certain Scientific Accelerator. Children of the Sea is high on my list as well. Also on order, I took a chance with Rogue, and on the wishlist is Irresistible, Terrified and Z.

Remember, supporting the studios on disc purchases is more important now more than ever. With physical media dropping in sales double digits year after year, showing your support by buying is the best way you can combat decisions from the studios on not offering a physical release. Purchasing from our links also helps us to bring you news and reviews every week. Your support is greatly appreciated. Not sure what you want to buy today? Click the Amazon logo below and shop til you drop!