Hope your wallet recovered after September!

After a blisteringly expensive September on the 4K UHD Blu-ray release calendar - October gives your wallet a little room to breathe. While not as big a slate - there are still some fan favorites in store. Sadly Second Sight's exciting restoration of Dawn of the Dead was delayed into November so that's no longer part of this list, but there's still some great stuff. We have everything from the soul-sucking and intense Requiem for a Dream to the iconic time-traveling Back to the Future Trilogy. As usual a number of these releases are getting special retailer exclusives you get a choice between the standard packaging or something a little more exciting. 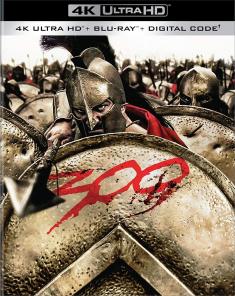 THIS IS 4K!!! Kick your old Blu-ray's down the giant bottomless pit in the middle of the city without any guardrails! Zack Snyder's visually amazing adaptation of Frank Miller's interesting take on real-life Greek historical events gets a new 4K UHD Blu-ray release with a new Dolby Atmos audio mix and some new bonus features tossed in for good measure. Available in a standard edition or Best Buy SteelBook 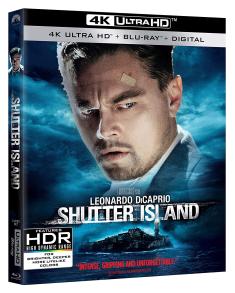 Already previously released on 4K UHD Blu-ray from Paramount in a SteelBook edition, Shutter Island is toning things down for a general release. From all reports, there's nothing new about this set beyond the packaging changes. 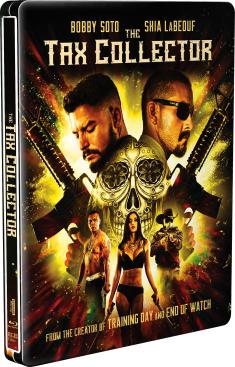 Currently, the 4K UHD Blu-ray release of David Ayer's most recent thriller is coming in the form of a Best Buy Exclusive SteelBook release. No other retailer to-date has announced a general release for this one, but if that changes we'll keep you posted.

Requiem for a Dream 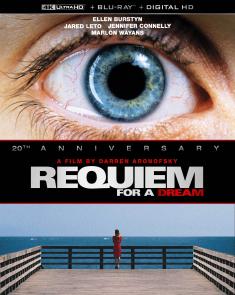 Nothing like a bleak look at addiction and the ravages of the mind, body, and soul to get you in the mood for Halloween! Darren Aronofsky's hypnotic deep dive into despair gets a new 4K restoration from Lionsgate. Already visually arresting on Blu-ray, this release should be gorgeous and a standout for the format. Apparently this disc will include both the R-rated Theatrical and Unrated Director's Cut. 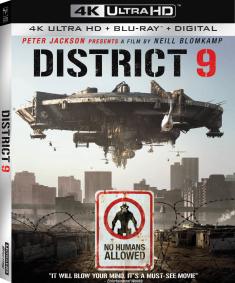 Neil Blomkamp's intense 2009 sci-fi classic kickstarted the director's career and was a showstopper on Blu-ray. With an upsampled 4k transfer with HDR10 and a new Dolby Atmos audio mix, there's every chance this one could be a stunner on the format. Maybe one day we'll get that sequel they keep bringing up every couple of years. Also available as a Best Buy Exclusive SteelBook - which looks pretty damn good!

Back to the Future Trilogy 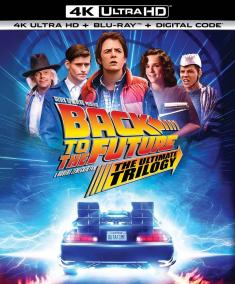 Doubtful anyone out there is actually excited for this one… The iconic time-traveling adventure movie trilogy is getting its long-awaited 4K restoration complete with Dolby Vision, HDR10+, as well as new Atmos audio mixes! Not content to make like a screen door on a battleship, there are three options for fans - the standard release, a slick Amazon Exclusive Gift Set with floating model hoverboard, or you can choose a snazzy Best Buy Exclusive trilogy box set! 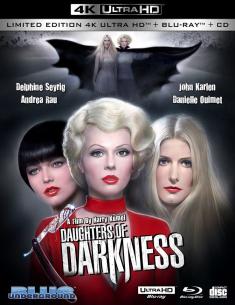 Blue Underground hit the 4K Ultra HD Blu-ray market swinging for the bleachers and every release they've punched out so far have been absolute home runs. There's no reason this sultry Harry Kümel grindhouse classic should be any different with a new Native 4K transfer with Dolby Vision HDR along with a bunch of bonus features and the film's soundtrack on CD! 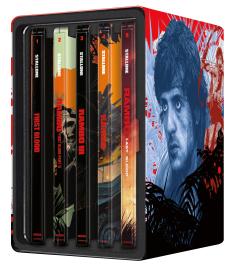 Sadly not available when the final fifth film arrived on 4K UHD, Best Buy is now releasing a complete 5-film SteelBook set with each film getting new artwork. Disc content hasn't changed so if you've been waiting to buy the series on 4K, this is the time to do it. If you already own the series, this may not be worth the added cost.

As we saw with Second Sight's release of Dawn of the Dead 4K UHD Blu-ray set - release dates are subject to change. As soon as we hear of any release date changes or any last-minute release additions, we'll let you know. Check back for full reviews of these upcoming 4K UHD Blu-ray titles.