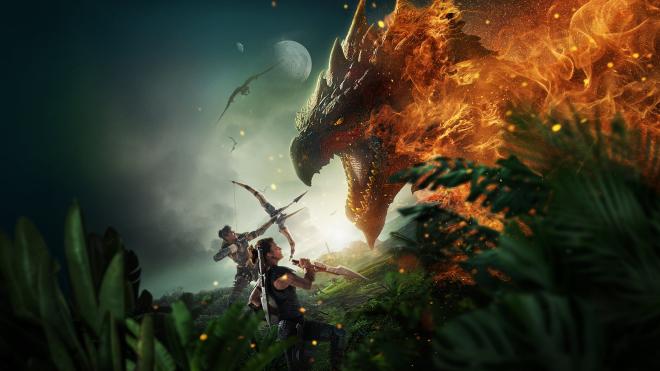 And just like that, *poof*, February is in the rear view mirror. Welcome to Episode 41 of our weekly look at the highlights of what's coming to home video. No witty anecdotes or remarks this week, just right down to business.

Thus far, it looks like March in general is going to be a slow month for 4K disc releases.

As far a fresh content, this week look for the video-game inspired movie Monster Hunter starring Milla Jovovich. I am quite surprised there are no retailer exclusives or even a line of toys, all of which I think would sell in this case. What kid (or big-kid) wouldn't like to buy a monster action figure?  I have not seen this film, but come on, Jovovich, monsters, it will certainly sell a few copies in each sku available! I wish FUNimation would release the rest of the "Ride On" episodes on Blu-ray, but that's a different topic. Agree or disagree with me, I tend to be on the 'sort of like / to really like' video game based movies. Hitman is still near the top of my list, I don't care how awful the reviews were for it. 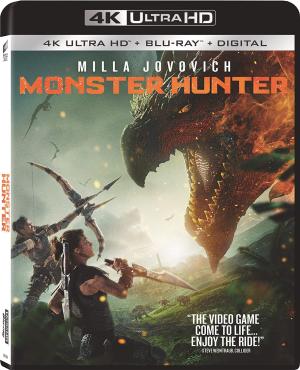 Next, a reissue, but this time as SteelBook edition. Doesn't appear to be Best Buy Exclusive, but Amazon does not seem to have it available as of this writing.

The 2005 reboot of War of the Worlds starring Tom Cruise & Dakota Fanning. This specific cover has been used on Blu-ray SteelBooks and Metalpaks previously, I like it better than the standard cover.

March has got five new-release Tuesdays and they all have got a good amount of titles on each one. Let's dive right in on the highlights.

The above mentioned Monster Hunter also gets released on Blu-ray as well.

Shout Factory this week releases another independent action film, this one is titled 400 Bullets.

This week's Anime releases should offer something for everyone. A Rightstuf exclusive titled Ah My Buddha!!, which also has an English dub, Aragne - Sign of Vermillion gets a reissue this week, so no more paying inflated prices from 3rd party resellers, but still no English dub. Want to save a few dollars, Attack on Titan Season 3 this time as a complete set. A Certain Scientific Railgun T, Dragon Ball Z SteelBooks for Season 8 and Season 9 and  InuYasha: Set 4 finish out the category. 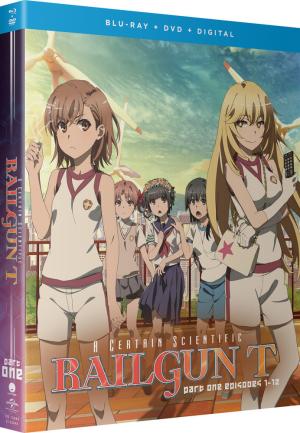 Rick and Morty: The Complete Seasons 1-4 will be available this week.

Universal Studios releases a 2020 drama/romance titled All My Life this week. Also from Universal, the 2020 comedy/drama Half Brothers debuts on disc. 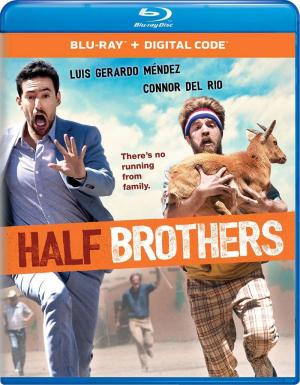 LionsGate brings us Fatale this week, it sounds a bit like Femme Fatale, but I cannot say for sure if it was based on it or not.

Bob Hope fans be on the look out for Caught in the Draft, My Favorite Blonde and Nothing But the Truth by Kino Lorber.

This one interests me, Disney's trend nowadays is to do live action versions of their animated features. An Italian company did Pinocchio and it looks pretty good. Don't worry, there is an English dub on this disc. For some reason LionsGate is doing the digital release but Samuel Goldwyn is doing the actual disc. Although I prefer physical over digital, had LionsGate done the disc version, it would have also included a digital code. 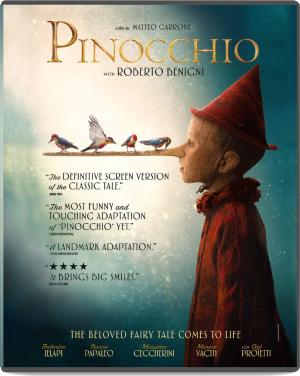 There has been a trickle of new title announcements last week. Although there are a bunch of 'decent' titles announced, I do not consider them major or mass appeal.

What did get announced in the 4K arena though were a few random ones. First up, Tim Burton's Big Fish got a surprise 4K announcement. Expect to see it on May 4th. And next, Paramount has released more details about My Fair Lady 4K and Super 8 4K, both slated for May 25th. Super 8 will be getting a standard release and a SteelBook release. It is unknown at this time if the SteelBook will be a Best Buy eclusive or a general release, but I expect it to be Best Buy Exclusive. Maybe by next week we will have working links for both Paramount releases.

Which titles are you buying this week? Which ones are on your wishlist, be it to buy as an impulse buy or to wait for the right price? Again, except for the major releases, good luck finding them in your local B&M store, but the titles that interest me are as follows:  Monster Hunter 4K has already been preordered. I do like the War of the Worlds cover, but not enough to double-dip. Wishlist includes 400 Bullets, Pinocchio, Certain Scientific Railgun T, Dragon Ball Z 8 & 9 SteelBooks, InuYasha #4 and Fatale.