Welcome to Episode 27, or weekly look at the highlights of what's coming to the home video market.

Happy Thanksgiving! At least, to our readers in the USA. This week's release calendar has a fair amount of titles on it, but with possible Black Friday deals, followed up by Cyber Monday, many of us will be pretty selective this week, at least on new releases. Anyone secure their new Xbox or Playstation system last week? Shopped any Criterion or Arrow Video sale titles this month?

First on the agenda, if you want what appears to be the most extensive release for Total Recall (1990) in 4K, you will have to import it, it has a Monday release date. You might have to find it on Zavvi if Amazon doesn't have it available. Also available, as a SteelBook but without all the extras, but keep in mind that a domestic release SteelBook is in a couple of weeks that appears identical.

Domestic 4K titles releasing on Tuesday comprises of Deadly Games (Dial Code Santa Claus,) Kino's release of Mad Max and Peninsula. The general release of The Beastmaster was pused back a month as this week's release appears to be a Black Friday Vinegar Syndrome shop release. 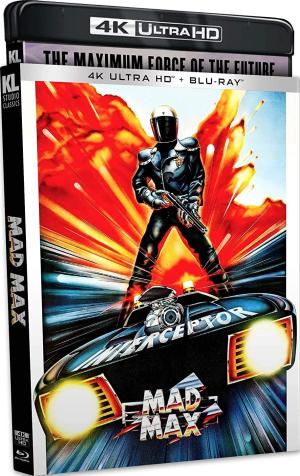 The digital release of Fatman is available this week. I love the premise, it sounds pretty original. Check out Matthew's review. I hope this comes to disc by Christmas, Paramount does have a pre-order for the disc available here.

Where to begin with this week's Blu-ray releases? I guess alphabetically til we see a highlight.

Looks like Anime has the first highlight, with the letter "A". From Sentai Filmworks, Assassins Pride: Complete Collection. Ef: A Tale of Memories - Complete Collection gets a SteelBook release this week.  Another letter A, FUNimation releases Azur Lane: The Complete Series on disc this week. Discotek's contributions this week all appear to be in their native Japanese language, no English dubs, except for the Lupin the 3rd movie. 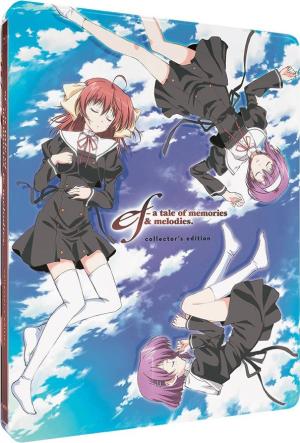 LionsGate brings another Action themed movie titled Ava, this doesn't sound like a unique plot but still could be 96 minutes of decent entertainment. Delayed from last week, a film starring Arnold Schwarzenegger, Iron Mask. Good to see Ahnold is still making films, I actually thought of him after watching Clint Eastwood's The Mule the other night, what are some of the older film icons doing today?

The wait for Season Five of Better Call Saul is over this week, presented by Sony Home Entertainment.

I have total respect for the independent studios that license and bring us movies and TV we may never see without their efforts. Kino Lorber is one such company, and if I omit them week to week, it's not from disrespect, it's that the releases of the week might have more limited appeal. This week though, Kino is bringing you Buck Rogers in the 25th Century: The Complete Collection as well as a single disc release of the movie titled Awakening, which launched the TV series. Babylon Berlin: Season 3 releases this week as well. If you're not equipped for 4K, Kino has a new Blu-ray release for Mad Max to appease you instead. 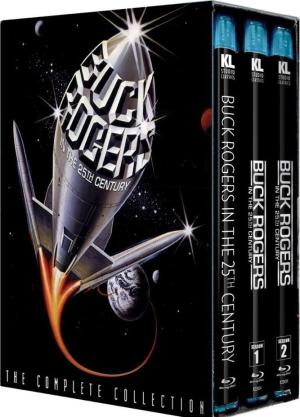 Criterion Collection fans look for Essential Fellini, and right now Amazon is trying to be competitive on the price of these releases. In what would have probably been a good 4K release, The Irishman, starring Robert De Niro, Al Pacino and Joe Pesci. I am grateful to see this release nevertheless, why the originating studio didn't release it is beyond me. 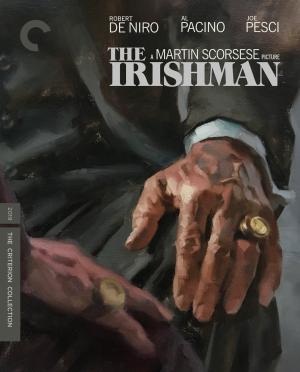 Now, for something completely different, Arrow's releasing He Came from the Swamp: The William Grefé Collection. Again, very competitive price for this right now, go for it!

If you had never imported the Monty Python's Flying Circus mega-set from Network TV, Universal offers a domestic release instead to consider.

Cinema Paradiso 4K & Blu-ray versions have been delayed yet again, the new date is December 8th. Greatness takes patience, hope it is worth the wait.

Speaking of Arrow Video, they have completed a deal with Blue Underground to release Django and Texas Adios movies. The Blu-rays were listed previously but pulled. The bigger news is that they will be offering Django on 4K disc, slated for April 27th. No word on Texas Adios in 4K.

Final details and dates have been set for the Warner Archive December 2020 slate.

FUNimation has announced their February 2021 titles. Somewhat tepid list, some titles might interest you so check em out any way.

Which titles are you buying this week? Which ones are on your wishlist, be it to buy as an impulse buy or to wait for the right price? For sure am getting the Mad Max 4K release and Criterion Release of The Irishman. If Iron Mask appears at my local Walmart for around $15 (very probable) I will likely get it. I am interested in the Buck Rogers Complete Collection, but with all the box sets I have gotten recently though, it will go somewhere near the top of my wish list. Anime interests this week, Assassins Pride, Azur Lane and the Ef releases.