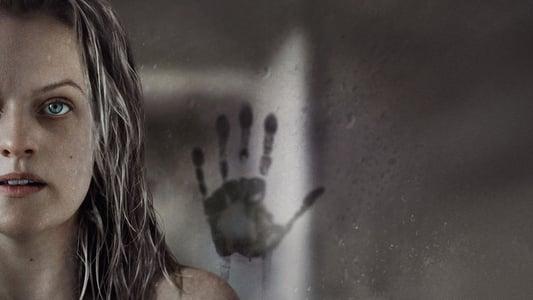 Memorial Day, defined. From timeanddate.com and is summarized as, "Memorial Day is observed on the last Monday of May. It was formerly known as Decoration Day and commemorates all men and women who have died in military service for the United States. Many people visit cemeteries and memorials on Memorial Day and it is traditionally seen as the start of the summer season." That latter part of the sentence would also traditionally mean that the Movie Summer Season has begun and you would see some of the largest blockbusters timed accordingly. I still remember outings on either Memorial Day or Independence Day (U.S./July 4th) weekends , or those in between and seeing memorable movies like Terminator 2, Jurassic Park, Men in Black, Independence Day, The Patriot (Mel Gibson), Armageddon (guilty pleasure of mine), some major Disney or Pixar animated release. There were a few firsts for me during these Summer outings as well --- first DLP projected movie (Dinosaur-2000), first DTS digital sound movie (Jurassic Park---huuuge at that time.)

Under current times of course, the Summer Movie season is entirely in limbo. Major releases are being pushed back, some studios are trying something new out of necessity, offering what are called 'Premium Rentals,' which are identical to digital rentals of movies which some of us take advantage of already, but at a higher price due to the nature of the content. In this case, a movie that has not been released yet, that would normally be shown in a traditional movie theater. Premium Rentals are typically selling for around $20, which when you think about it, is not a bad deal if you plan on sharing the cost with at least one other person. Most premium rentals are good for 48 hours from the time you hit PLAY, so if you watch it as a family now, you can watch it later again as a family or as I would like to do, by myself so that I can enjoy it without all the distractions. Maybe it is a great movie that deserves a second viewing, or maybe you want to watch it again to get a better understanding. If you're like me, when I go to a theater, my bladder is the size of a walnut, but at home, there's no limits! Try watching a 90 minute movie at the theater and I try to hold it, then at the 80 minute mark, cannot hold it any longer. But at home, watch an entire trilogy and no pause button needed! Why me!?

Coming out of the Memorial Day holiday weekend for many of us across the globe, you might think it's going to be a pretty slow week for Home Media Releases, but if you held to that belief, you would not be entirely accurate. Welcome to Episode 1 of what I hope to be weekly updates on what's coming out on home video on a given week, as well as letting you get a peek at what some of the major announcements are for the calendar week leading up to it. New releases for Memorial Day week, announcements made during the previous week, got it?  I'm not a 'Classic Movie' expert by any means, but I am an average movie connoisseur with an above average taste for the experience. I want my releases in the best format possible, but I do respect those that prefer digital releases instead. Actually, if you ever saw a photo of the room I keep my discs in, you can see the predicament I am in as I find more ways to not run out of room.

The Deer Hunter starring Robert De Niro and a winner of 5 Academy Awards. Interestingly enough, this title was picked up by Shout! Factory, and not released by Universal Studios, and released under their flagship label dubbed Shout Select. When I had originally seen this film years ago when I had the DVD, I really had no clue as to what was going on. As the years have passed and repeated viewings have occurred I have a slightly better understanding and appreciation for this film.

Meanwhile, Blue Underground is bringing us a pair of titles that seemed inevitable as their previous 3-disc editions were sourced from a 4K remaster. Needless to say, I am still delighted to see another company adopting the 4K Disc format. I can tell you that honestly I do not recall seeing either film, they are Maniac and Zombie, with the latter having a current fresh review. If you're familiar with these releases, thus far it sounds like the upgrade is worth it.

The Invisible Man starring Elisabeth Moss completes the list of 4K Disc offering this week. This film did well for Universal despite the Covid Pandemic. It was released in the Premium Rental format, production cost just a mere $7 Million to produce, made just over $64 Million in the U.S. market, and $123 Million worldwide. If you prefer the HD version on Blu-ray, you can purchase it HERE.

There are no Digital 4K releases for this week.

The Shout! Factory/Select label has a few notable releases this week.  Delayed a time or two, looks like Before the Devil Knows You're Dead will finally see our disc players. Famed film maker Sidney Lumet, starring the late Philip Seymour Hoffman as well as Ethan Hawke, summarized a heist gone wrong, this one comes to us via the Shout Select label. Also coming this week is a Collector's Edition of Escape From L.A. starring a much younger Kurt Russell. It has been some time since I had seen this film, honestly this film wasn't memorable to me, but as the years pass, a repeat viewing might change my mind on this one as well. To this day, I get the Esacpe From NY and LA films mixed up. A Midnight Clear starring Peter Berg, Kevin Dillon, Ethan Hawke, Gary Sinise might interest you. Again, as a Shout Select label release, this one might be worth your time as they go all out on these releases.

Criterion has a couple of titles worth looking at. I personally have little knowledge of any of them this week, but it certainly does not take from their worthiness. The titles are Husbands, Scorsese Shorts, and Wildlife. Speaking of Martin Scorsese, he also stars in a film titled Once Were Brother: Robbie Robertson and the Band which is being release by Magnolia Pictures.

Paramount Pictures is offering several titles this week as well via their MOD label. Each studio has their own MOD label, typically these labels are selected movies released in smaller batches with a slightly higher price point and typically also do not include a digital copy code. Warner Archive is probably the best known 'MOD' label. MOD had originally meant "Manufactured On Demand" and actually meant they were burnt discs (BD-R) but that is not the case with these major releases. Keep in mind these titles might never see the light of day otherwise so if there's a film that interests you, do support their efforts. Paramount MOD is offering these titles this week: Angela's Ashes, Funeral in Berlin, On a Clear Day You Can See Forever.

There are multiple special interest titles from Gravitas Ventures this week, which most always are produced on BD-R discs. This release format means that HD titles previously unavailable can be produced on demand on BD-R discs. The only downfall is that some players do not like these discs. Most of the major disc players can handle them, last I checked, the jackets were labeled that they did not play on certain game systems.

Anime fans will also see a handful of releases this week. Offerings from Discotek, FUNimation and Sentai Filmworks are on the Release Calendar.  Do keep in mind that if you click this link a week after the article is posted that the current list is no longer 'current.' This week the Anime title that interest me was KonoSuba: God's Blessing on This Wonderful World!: The Complete First Season + OVA which is being offered for the first time in the U.S.. There are a few other titles that mildly interest me but that is to be determined.

For digital offerings this week, we have just one. Another Premium Rental being made available to purchase. The Hunt, which I had not seen but I most likely will buy it in 2 weeks. To me it sounds like a modern version of Hard Target, minus some of the JCVD cliches. Nothing wrong with JCVD, I rather enjoy his cliches! As with any recent release, I wish they would release it in 4K! But that is a rant you can look forward to in 2 weeks.

Universal Pictures has announced an official street date for Trolls: World Tour to be July 7th for disc and June 23rd for Digital. UPHE did quite well on this movie as a Premium Rental. We of course have the listings, do look ahead on the release calendar, there are several options available, both as 4K and 2K/HD disc and digital releases. Note that the Digital links are still showing as rentals only so give it another week or two to get the pre-order in.

Warner Archive also announced their June 2020 releases. The titles are Cannery Row, House of Wax 3D (Double Feature), Romance on the High Seas, Strike Up the Band and Pennyworth: The Complete First Season. They are listed under our Release Calendar and pre-order links will be available as they get listed.

Paramount has released the final details for one of their Paramount Presents line release for Ghost starring Patrick Swayze, Demi Moore & Whoopi Goldberg.

Which titles interest you this week? Which ones are on your wish list, whether to buy on a slow week or to wait for the right price before you pounce? 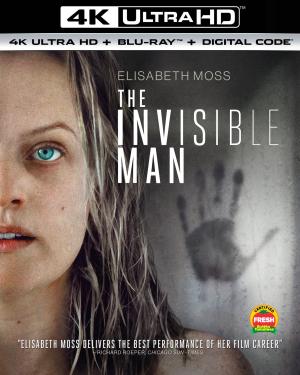 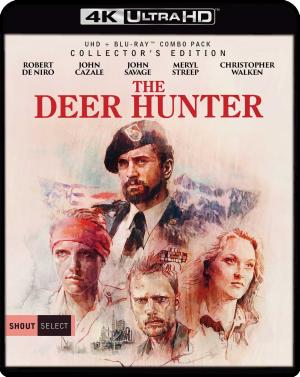 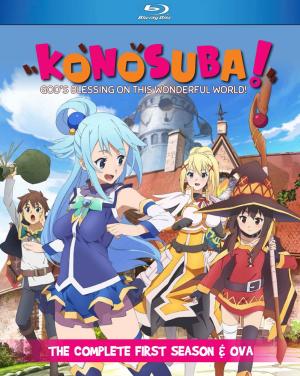