In spite of the strong chemistry and delightful camaraderie between the cast, Elizabeth Banks' box-office dud Charlie's Angels is a surprisingly bad and dull soft reboot sequel that fails to make the action visuals the least bit engaging, fun or thrilling. The Angels save the world on Ultra HD strapped with a gorgeously captivating 4K HDR10 presentation, an excellent DTS:X soundtrack but the same set of supplements as the Blu-ray release. Nevertheless, the overall UHD package is Worth a Look for fans and the adventurously curious. 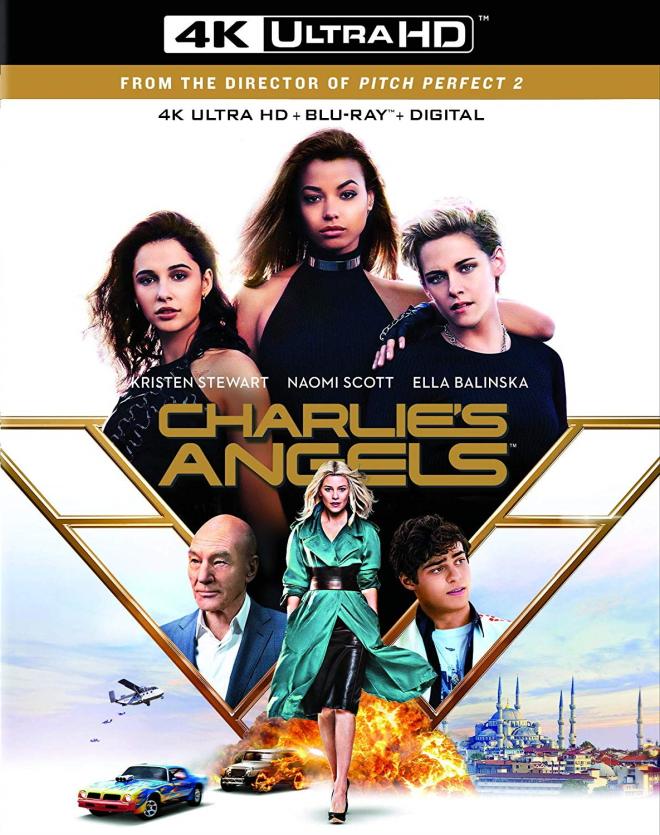 When watching Elizabeth Banks' Charlie's Angels with reasonably mild expectations while still genuinely hoping for the best, I can't help but be reminded of the director preemptively attributing the movie's theatrical failure to sexism. In truth, I agree with the bulk and majority of Banks' criticisms of the Hollywood industry. Sadly, there are less than a handful of feminocentric flicks or franchises directed by women that have burst through the masculine dominance of the action genre. Rachel Talalay's Tank Girl, Kathryn Bigelow's Zero Dark Thirty, Patty Jenkins' Wonder Woman and co-director Anna Boden's Captain Marvel are the few that come to mind. Thankfully, there's a glimmer of hope and positive change on the horizon given the upcoming slate, like Reed Morano’s The Rhythm Section, Cathy Yan’s Birds of Prey, Niki Caro’s Mulan, Cate Shortland’s Black Widow and Tanya Wexler's Jolt.

The point is any past injustices can not be enough of an explanation for a female-directed actioner to bomb at the box-office, and in light of an optimistic hereafter, such a reductionist assessment of one of the year's biggest flops overlooks a simple truth. Charlie's Angels is just plain bad — as in sleep-inducingly, dozing-off-to-the-explosions, constantly looking at the clock, rolling your eyes at the lame jokes and returning from a toilet break without missing anything of consequence bad. To be frank, the entire production is a massive disappointment from the same director of Pitch Perfect 2. I've suffered through it four times now, making every attempt to find some redeeming value. However, it's finally time to accept this soft reboot continuation to the classic TV series and the original early-2000s films is a tedious snoozefest that fails as much at provoking a giggle as it does at producing excitement. 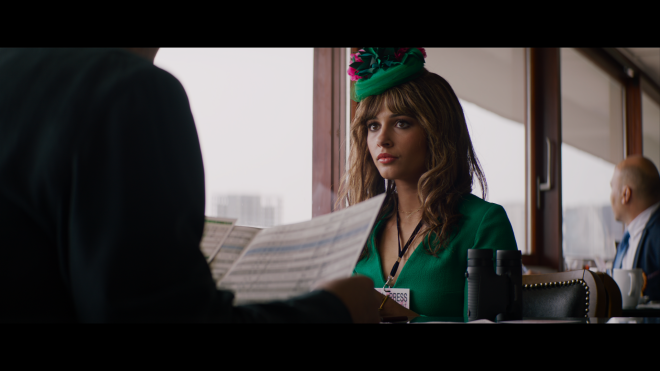 To be fair, Banks demonstrates confidence and a strong talent behind the camera that should serve her well in future projects, but at the moment, she's not displaying the eye for the sort of bombastic flair and dynamic spectacle demanded of a movie of this caliber. Along with the odd editing choices of Alan Baumgarten and Mary Jo Markey — why are we always cutting away to Kristen Stewart's facial reactions to practically everything? — the script, which was co-written by Banks, bounces from one exotic location to another with the thinnest of evidence or logic while simultaneously never pushing the plot forward. What impact or difference did the Istanbul contact (Marie-Lou Sellem) have when the Angels can clearly hack security cameras, as they just did for the airport footage moments before? The story moves with such a hyper-energetic pace that it completely forgets to involve the audience in the spirited fun.

And that's ultimately the real shame of it all because the talented cast definitely appears to be having a great deal of fun. Except, without us. It's immediately apparent stars Kristen Stewart, Naomi Scott and Ella Balinska share a bubbly, cheerful kinetic chemistry, genuinely enjoying each other's company despite pretending the contrary. But they're allowed to relish in the seemingly delightful adventure at a safe distance from the audience. We're not permitted to participate in the laughs and thrills, like the popular school clique strictly following social distancing guidelines. However, of the three new Angels, only one really stands out. Relative newcomer Scott (Aladdin) is an absolute joy to watch, who instantly brightens the screen with her performance as a highly-intelligent but panicky, timid engineer. Meanwhile, Balinska and Stewart fall flat as terribly unfunny but competent agents excited to initiate a new recruit while pumped to wreak havoc in an otherwise boringly disappointing action-comedy.

Sony Pictures Home Entertainment brings Charlie's Angels (2019) to Ultra HD Blu-ray as a two-disc combo pack with a flyer for a Digital Copy, which can be redeemed via sonypictures.com and Movies Anywhere. When redeeming said code, users have access to the 4K Dolby Vision version with Dolby Atmos audio. The dual-layered UHD66 disc sits comfortably opposite a Region Free, BD50 disc inside a black, eco-elite vortex case with a glossy slipcover. At startup, the disc goes straight to an interactive main menu that changes screens when switching between the usual options while music plays in the background. 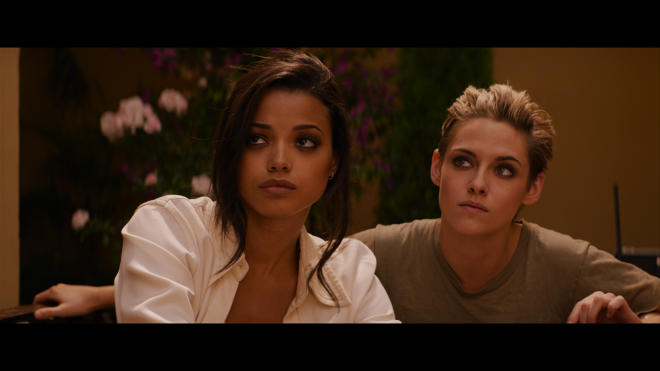 The action-espionage comedy debuts on Ultra HD fighting international crime with an outstandingly gorgeous and quite captivating HEVC H.265 encode, giving the few fans out there a notable upgrade over its Blu-ray colleague.

The movie was shot on a combo of digital cameras capable of 8K and 3.4K resolutions, but those elements were later mastered to a 2K digital intermediate. Nevertheless, the freshly-minted upscaled transfer flaunts slightly sharper lines in the background objects, exposing every nook and cranny of every room with crystal-clear clarity. The 2160p picture shows the tiniest flaw and imperfection in the buildings of various exotic locations, every stitch and thread in the tight, form-fitting clothing is plainly distinct, and every leaf and blade of grass is unmistakable from a distance. Facial complexions are exceptional, revealing every wrinkle, pore and negligible blemish in the entire cast. Although there are a couple comparably softer moments sprinkled here and there and the sharpest edges occasionally waver a tad, the transfer noticeably displays better definition in general compared to the HD version.

The more remarkable aspect is the dramatic improvement in overall contrast. Whereas the Blu-ray seems more restrained and somewhat flatter, the box-office flop benefits significantly from the jump to UHD, supplying the action and conversations with a more upbeat and energetic feel. The whites in clouds, lighting and especially Sabina's ultra-clean outfits are intensely sharp with a radiant crispness that's simply eye-catching, giving format-adopters several good demo-worthy samples of that looking-out-the-window effect. Meanwhile, specular highlights are equally stunning with a tighter, narrower glow in the hottest spots, exposing the finer details along the edges of clouds and light fixtures while various metallic surfaces show a realistic polish and sparkle.

Interestingly, brightness balance doesn't appear to enjoy the same luxury, but that's not to say viewers will not note the small boost in overall black levels. For example, the clothing and hair are a tad silkier and fuller though not by a significant margin, and the shadows have a minor glossier, richer quality to provide the 2.39:1 image with a more attractive cinematic appeal. The same can be said of a deliberately controlled, somewhat subdued color palette. Granted, Bill Pope's cinematography definitely benefits, showering the action in better saturated, more vibrant primaries, especially the greens and blues. However, it's the secondary hues, like the pinks and purples, that are more dramatic and animated in this HDR10 presentation while yellows are truer with a buttery glow and the fiery oranges of explosions ignite the screen with a wider, more dynamic range. (Video Rating: 88/100) 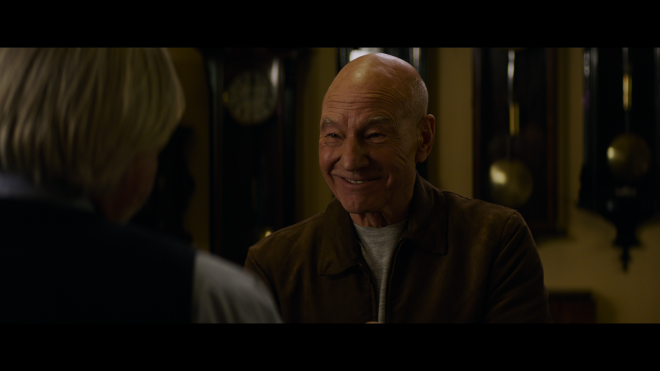 The Townsend Agency is called into action with a weak attempt at witty banter, but at least, the Angels are armed with a largely excellent and satisfying DTS:X soundtrack, which is "IMAX Enhanced" for those equipped. Unlike the 4K video, however, this object-based version isn't quite the upgrade over its lossless counterpart we'd expect from the latest audio codec. To be sure, action sequences erupt with various sound effects flawlessly panning between the sides and rears while also echoing above the listening area, but it's really the song selection and score that ultimately make better use of the ceiling channels. A couple moments sprinkled throughout very lightly expand the soundfield, but it's nothing particularly memorable or consistently effective at generating a hemispheric experience.

The design's more appreciable aspect is the great deal of attention across the fronts where dialogue reproduction comes through with crystal-clear clarity and precision. Meanwhile, background activity smoothly floats and convincingly moves across all three speakers, into the off-screen space and lightly into the top heights, creating a welcoming and engaging half-dome soundstage. Imaging also exhibits outstanding definition and detailing in the higher frequencies, providing the music with warmth and the visuals with room-penetrating accuracy, even during the loudest, ear-piercing moments. Given the over-the-top silliness, the low-end could arguably be more aggressive, but it's powerful enough to provide a strong palpable weight to the explosions, gunfire and the overall madness. (DTS:X Audio Rating: 78/100) 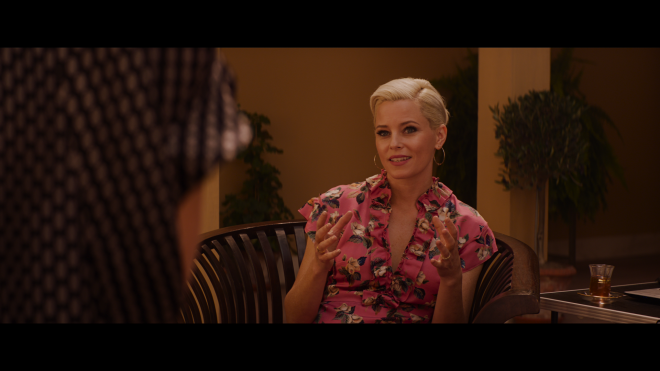 The same set of bonuses from the Blu-ray is available on the accompanying HD disc. 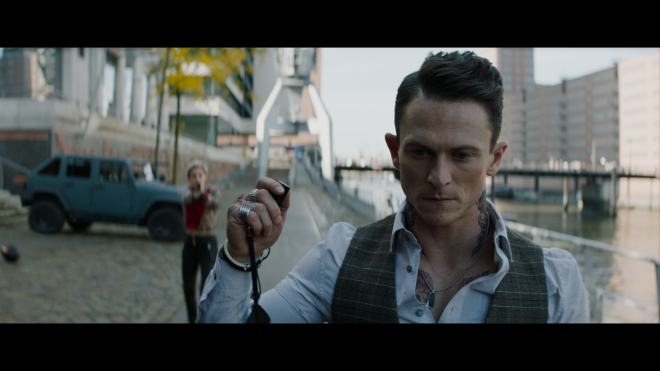 In spite of whatever justifications the filmmakers supply for excusing the box-office failure of this soft reboot sequel, Elizabeth Banks' Charlie's Angels is ultimately just plain bad and surprisingly dull. The cast shares a strong chemistry and a delightful camaraderie caught in the middle of a potentially good plot, but it's all for naught when Banks unsuccessfully fails to make the action visuals the least bit engaging, fun or thrilling. Still, the Angels save the world from a devious conspiracy on Ultra HD strapped with a gorgeously captivating 4K HDR10 presentation and an excellent DTS:X IMAX Enhanced soundtrack, offering a welcomed step-up over its Blu-ray counterpart. With the same set of supplements shared between both formats, the overall UHD package is, at best, worth a look for the few fans out there.