When there's barely any room left on the shelf... Dawn of the Dead will get a smaller release...

If you missed out on Second Sight's incredible Seven-Disc Dawn of the Dead Limited Edition set, you still get a crack at their 4-Disc Standard Edition 4K UHD/Blu-ray releases on March 22nd 2021! 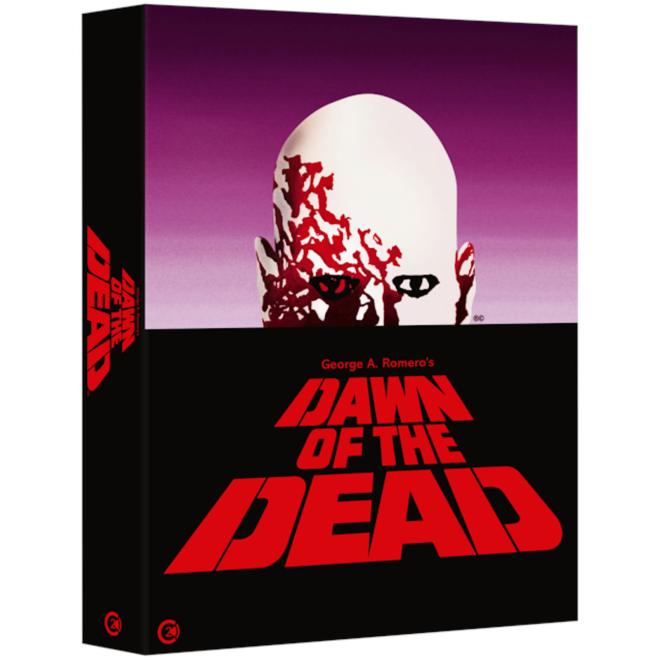 While these Standard Edition releases miss out on the book and three Soundtrack CDs, you do get the better end of all the best bonus features. Note - the standard Blu-rays are Region-B locked while the three triple-layered 4K UHD Blu-rays are per usual Region Free. A domestic U.S. release is yet to happen - and probably will at some point - but this is a great option for fans who are tired of waiting. Also, if the price tag of that Limited Edition set was a little shocking, these standard releases are much more agreeable.

As of right now, the only place I've seen these available for pre-order is on Zavvi. If/When Amazon UK or DiabolikDVD has these to offer for pre-order/sale, we'll update our listings accordingly. I personally ordered my Limited Edition 4K set from Zavvi and it was shipped and packed safely in a nice big box and crossed the Atlantic Pond and through customs and shipping during the busy holiday rush without issue. I heard some horror stories about some damaged deliveries, but that hasn't been my experience importing from UK retailers thus far.

Here are the specs: