Arrow Video stalks Wes Craven's horror classic The Hills Have Eyes once again with a new Limited Edition 4K Ultra HD Blu-ray. This visceral assault on the quintessential American family vacation still packs a wallop nearly 45 years after its original theatrical release. This new edition from Arrow brings over the same excellent Native 4K HDR10 transfer and three audio mixes found with Turbine Media Group's fantastic Media Book release from earlier this year. This release also brings over all of the bonus features from Arrow's 2016 1080p Blu-ray. If you didn't pick up Turbine's release, this Arrow disc is just as good. Highly Recommended

[Excerpt From Our Turbine Media Book 4K Ultra-HD Blu-ray Review]
"If I had to pick a decade for the best Horror Films - it would be the 1970s. You get popular mega-hits like Jaws, Halloween, or The Exorcist alongside gritty low-budget shockers like I Spit On Your Grave, The Texas Chainsaw Massacre, and Dawn of the Dead. There are so many great entries in the genre that still pack a wallop to this day. While I love the 80s for horror, that’s a decade that felt like the commercialization of horror. “How many sequels can we make? Well let's find out!” was the motto. But 70s horror has an uncompromising edge that cuts deep and often leaves you feeling raw and exhausted by the end. Large studio productions, art-house features, grungy low-budget productions - all had something genuinely terrifying to bring to theater screens. Wes Craven was responsible for two memorable entries.

The Hills Have Eyes is one of my all-time favorite horror films stacked alongside the likes of George Romero’s groundbreaking Night of the Living Dead. The deserted location, the relatively unknown cast, the gritty and raw 16mm photography, its dark sense of humor; this is just a damn creepy and unsettling movie. Wes Craven made his mark on horror by assaulting the quintessential American family. In Last House On The Left, he brought the danger and violence of the city into the home. With The Hills Have Eyes, he destroyed the sanctity of the American family vacation introducing a new deranged vision of the patriarchy." 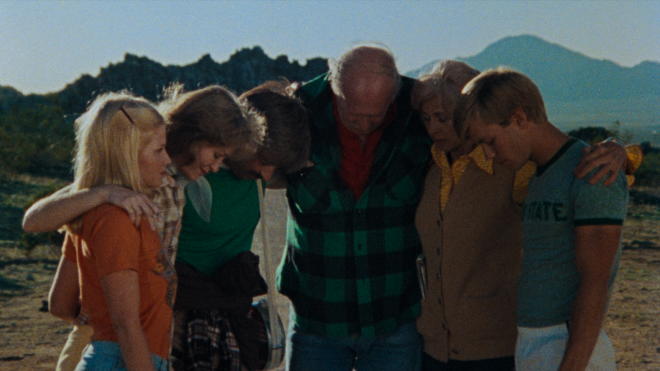 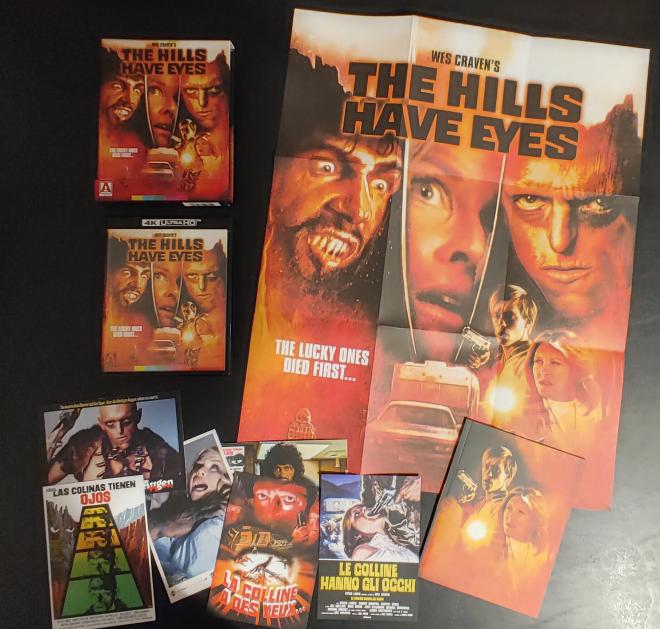 Make sure you're getting the right set! 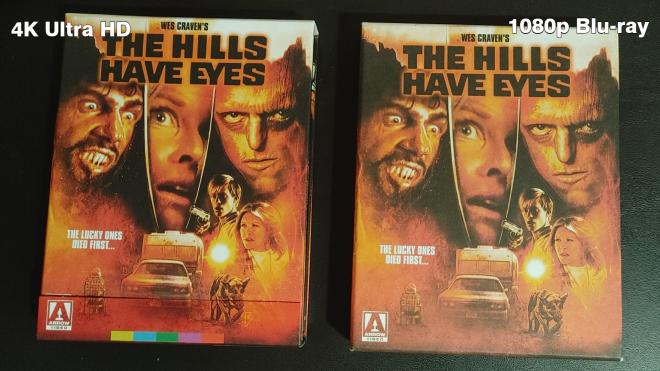 The Hills Have Eyes gets another release on 4K Ultra HD Blu-ray this time in a Limited Edition set from Arrow Video. A single-disc release, the packaging is virtually identical to the 2016 Limited Edition Blu-ray. The slipcase artwork is the same, the same double-sided poster, and booklet containing essays about the film. The only difference of course is the disc that is housed in a standard black 4K case. Inside the case are the same six mini-poster reproduction cards as the 2016 set. The disc loads to an animated main menu with traditional navigation options.

Arrow video wisely upgraded to the 4K HDR10 Master Turbine Media Group fashioned for their excellent Media Book that was released earlier this year. After doing some disc flipping replaying several extended sequences it doesn't look like Arrow retouched anything or did anything with their disc authoring to offer an advantage over the Turbine disc. If you already have the media book release, keep that in mind if you're considering grabbing this set. 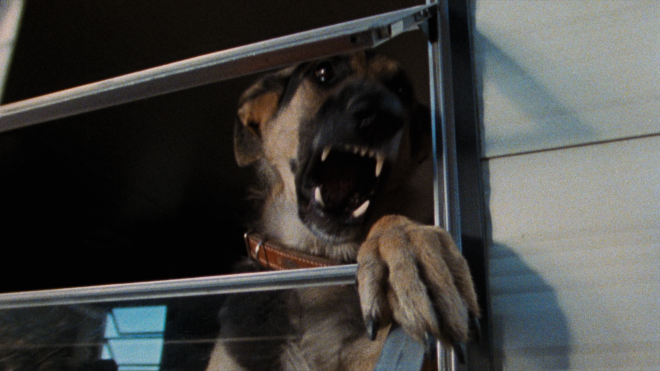 "Given the age of The Hills Have Eyes, its budget, and its 16mm origins - I wasn’t expecting much from this release. If it looked a bit better than the 2016 Limited Edition from Arrow I would have been happy - and anything is better than the Image release. But I’m honestly floored by this native 4K 2160p HDR10 transfer. Keep in mind, it was shot on 16mm so it’s still very rough with a thick grain structure and numerous imperfections still apparent in the negative - but damn is it a beauty by comparison to anything that's come before. From the first shot of the gas station, you can see and appreciate a notable improvement in fine details. Facial features, production design, costuming detail all see impressive gains. Without any signs of smoothing or image tampering, this transfer enjoys a rich film-like presentation. 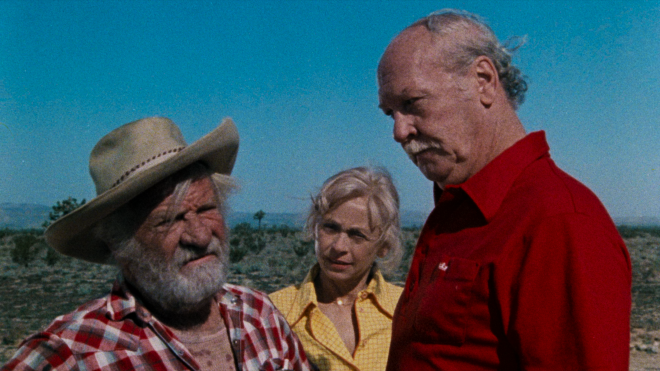 HDR10 also helps work some wonders balancing out black levels, contrast, and adding some lifelike saturation to the colors. While the 2016 Arrow disc was impressive, it always felt too bright often with blown-out whites, blooming, and some spotty black levels. It was also very red with skin tones often skewing very bright pink." 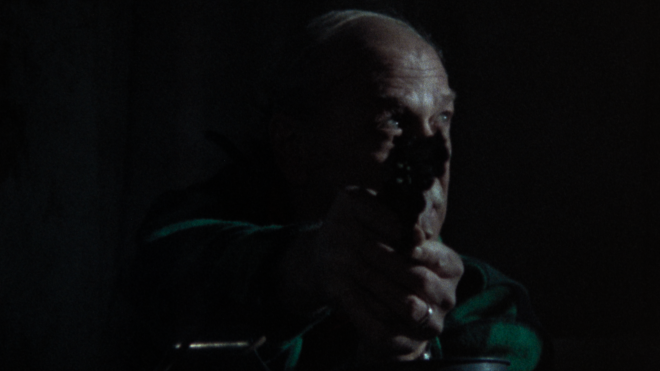 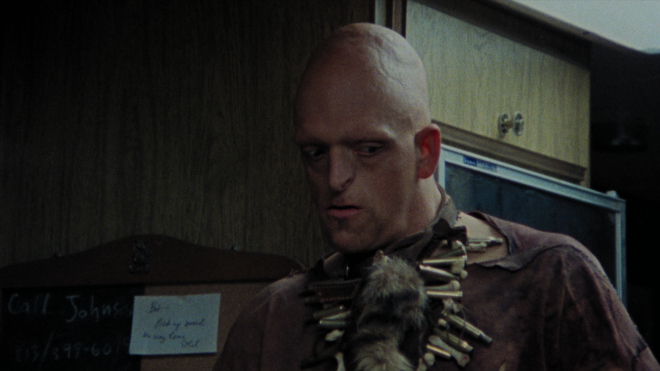 In addition to offering the same excellent video transfer, Arrow has optioned to carry over the three excellent audio tracks Turbine offered for their release. The only slight tweak to the mixture is the mono track. The Turbine disc offered a DTS-HD MA 2.0 mono where this Arrow release is a true DTS-HD MA 1.0 mono track. Ostensibly, it's the same experience overall - just without the additional right channel activity. Listing to both tracks there really isn't enough difference to call one better than the other.

"If a vastly improved image presentation wasn’t enough, Turbine threw in three new English audio mixes. Fans can now choose between a DTS-HD MA Mono track, a DTS-HD MA 2.0 Stereo track, and a DTS-HD MA 7.1 track. And amazingly enough, all of them are great. Generally, I lean towards mono for these 70s horror classics, but I have to give a hat tip to the 7.1 track. While the mono mix is much more upfront and in your face, the 7.1 mix spreads things out beautifully lending some creepy atmosphere to the film. It isn’t overly thin-sounding nor does it feel tinkered with. Think of how Blue Underground can punch out excellent Atmos tracks for their releases, this is in that arena. The 2.0 Stereo track is a nice middle ground between the extremes of the 2.0 Mono and 7.1 tracks. If you have the setup, don’t be afraid to give the 7.1 track a whirl! I still put the Mono mix at the top of the pack but the competition is stiff." 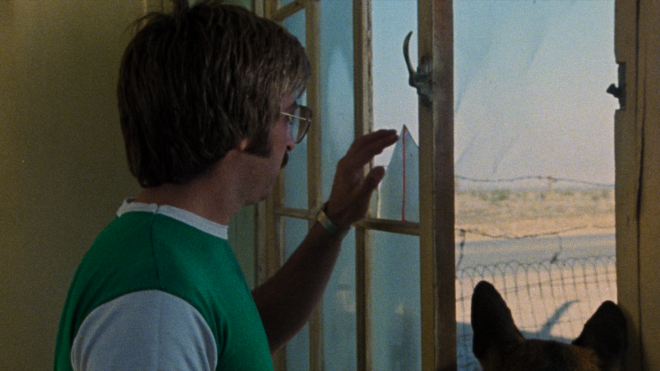 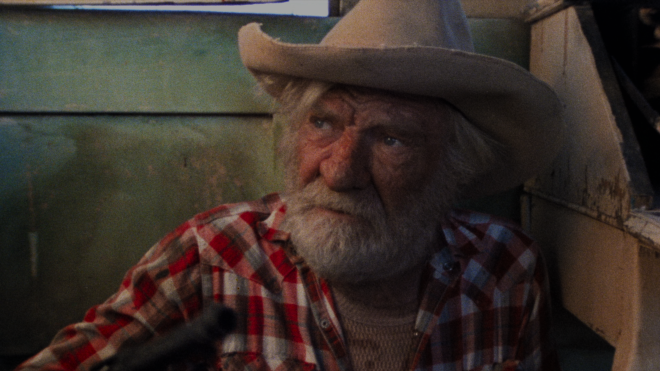 Arrow also goes back to their well of bonus features from their original Limited Edition Blu-ray set to give fans the full range of features. The audio commentaries are excellent and the 55-Minute "Looking Back" feature is a must-watch for fans if you haven't seen it. The one thing that the Turbine disc had that this one does not is the 14-minute Trashtube interview with Michael Berryman. The alternate ending can also be accessed via seamless branching when you start the film - the scene is only available with mono audio. 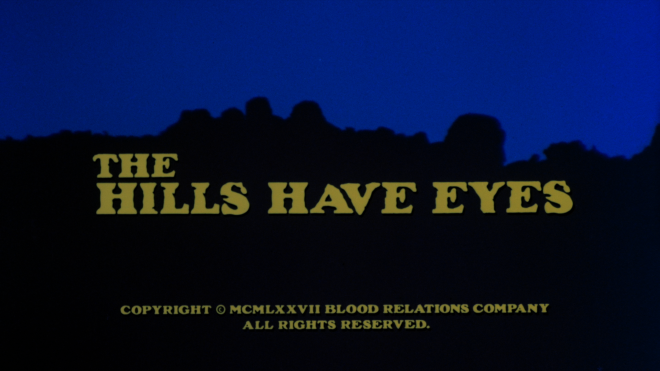 Wes Craven's The Hills Have Eyes is a terror film classic. Like The Last House on the Left, it was a visceral assault on the idyllic quintessential American family. After several sequels and remakes, the original film remains the best and most terrifying iteration. Arrow Video offers up Craven fans their own 4K Ultra HD Blu-ray release in a Limited Edition single-disc set offering up all of the bonus materials of their original 2016 Blu-ray now with a vastly improved native 4K HDR10 transfer with three excellent audio options including a richly immersive 7.1 mix. If you didn't pick up the Turbine Media Group release earlier this year, this Arrow release gives fans another excellent opportunity to upgrade. Highly Recommended.