No one has ever escaped from Alcatraz, and no one ever will… until Clint Eastwood arrives. Escape From Alcatraz is the tight, tense, suspenseful final collaboration between director Don Siegel and Clint Eastwood. Loosely based on the true escape of Frank Morris, the film is one of the best prison break films ever made. Kino Lorber Studio Classics and Paramount have teamed up to dig out a fitting new 4K Ultra HD Blu-ray release with an impressive Dolby Vision transfer, great audio, and a decent assortment of bonus features. Recommended.

Warden Dollison (Patrick McGoohan) rules over Alcatraz with an iron fist with the worst of the worst offenders under his watch. After several breakouts, Frank Morris (Clint Eastwood) is the newest inmate of The Rock. When he finds out a pair of fellow frequent escapees Clarence Anglin (Jack Thibeau) and John Anglin (Fred Ward) have been incarcerated on the island, they partner with Charley Butts (Larry Hankin) to do the impossible - break out of Alcatraz and survive.

I love good prison break movies. Prison break movies are like heist flicks, everything has to go exactly to plan with little deviation or interference or the whole endeavor is shot. From the jump, the audience is on high alert and tense. What could go wrong? Who is a threat? How are they going to get away? As the seconds tick away that tension and suspense rise as each risk to the plan is slowly uncovered so that by the time the big breakout happens, you’re sitting on the edge of your seat. 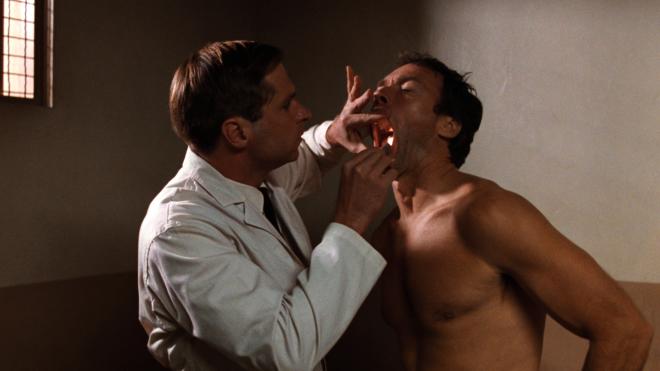 Thanks to director Don Siegel and frequent collaborator Clint Eastwood, we have Escape From Alcatraz. Loosely based on the real-life breakout of Frank Morris and the Anglin brothers, the film is pitch-perfect suspense. We follow Frank’s entry into the prison, his acclimation to life on the Rock, and then we get to watch him do what he does best - break out of jail. The plan is intricate enough that even the smallest detail can’t be overlooked. One slip and everything falls apart making their time in the hell of Alcatraz even worse. 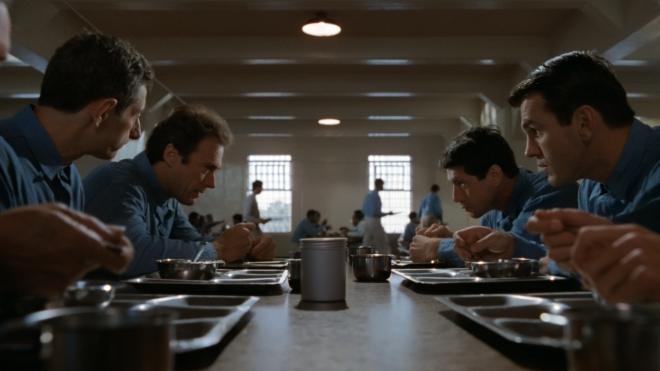 Where I have a special fondness for Escape From Alcatraz over other prison break movies is this film actually asks you to root for the bad guys. While Dollison is cruel in his own unusual ways, Morris and the Anglin brothers are actual criminals with very violent pasts. This isn’t like in The Shawshank Redemption or The Great Escape where you have a band of WWII heroes doing their duty or an innocent man surviving his incarceration any way he can. But Eastwood is in the lead so you’ve got to root for the man, right? To help resolve this little discrepancy in character, Siegel and screenwriter Richard Tuggle work in a sort of battle of wills and intellects between Morris and Warden Dollison. McGoohan’s Dollison knows Eastwood’s Morris is up to something, but he can’t quite figure out what so he probs and prods offering privileges only to take them away just to see what Morris will do. This little element adds an extra “cat and mouse” element to their interplay that keeps the film lively while adding an extra layer of danger. 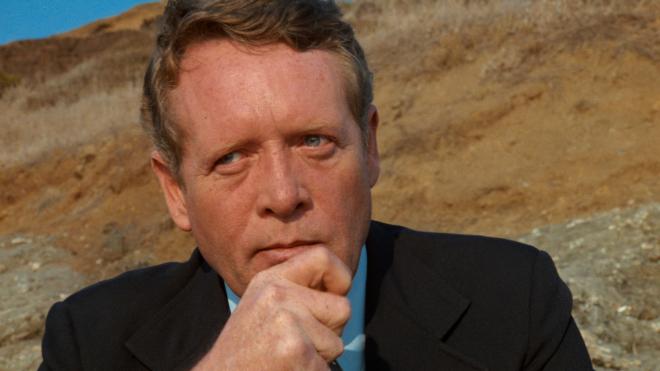 With Riot In Cell Block 11 under his belt, Don Siegel was no stranger to shooting on location in an actual prison. With cinematographer Bruce Surtees, Siegel never gives you the sense of freedom allowing only fleeting moments of blue sky with steeped pitch-black darkness. With the tight confines of the cells, shop room, library, and cafeteria, there are very few locations so you feel stuck in there with these prisoners. There is no escape from the dour circumstances these characters find themselves in. By the time the plan fully comes together, you’re ready to get out of there with them and hope they make it.

Vital Disc Stats: The 4K Ultra HD Blu-ray
Escape From Alcatraz busts out of the clink for a new two-disc 4K Ultra HD Blu-ray from Kino Lorber Studio Classics. The 4K version is pressed on a BD-100 disc with the 1080p version scoring a Region A BD-50. Both discs are housed in a standard sturdy two-disc case with individual bays for each disc without stacking them. An identical slipcover is included. The discs load to a static image main menu with standard navigation options. 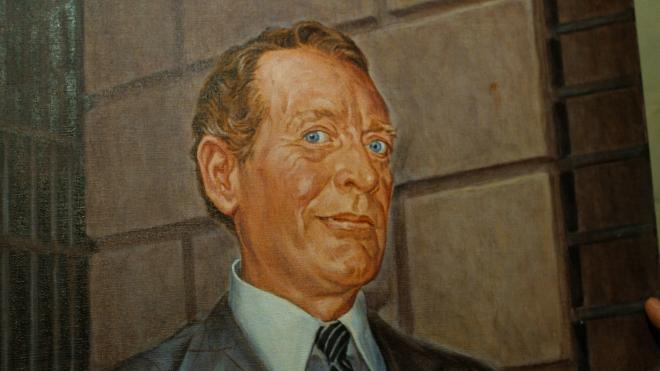 Escape From Alcatraz locks itself up onto 4K Ultra HD Blu-ray with a new 2160p Dolby Vision HDR transfer prepared by Paramount and the results are often damned impressive. It’s difficult to apply “beautiful” to this film since it is so dour looking. Bruce Surtees earned himself the nickname “The Prince of Darkness,” for very good reason. Having shot Dirty Harry, The Beguiled, and Play Misty For Me, he knew how to keep things dark and creepy as was necessary for this film. To that end, this isn’t exactly a colorful feature. Apparently, Siegel actually wanted to shoot it in black and white to capture the nature of prison and as such, outside of the inmates' uniforms and a few shots in the yard and the prison library, there are not a lot of colors to pop ensuring it always feels like a terrible place to be. Blues and reds get the most play here. The Dolby Vision pass gives some nice highlights to these splashes of color without overblowing them or making skin tones look too flush. But this HDR grading works its magic in the darkest scenes allowing those deep shadows and black spaces to live without rolling into crush. 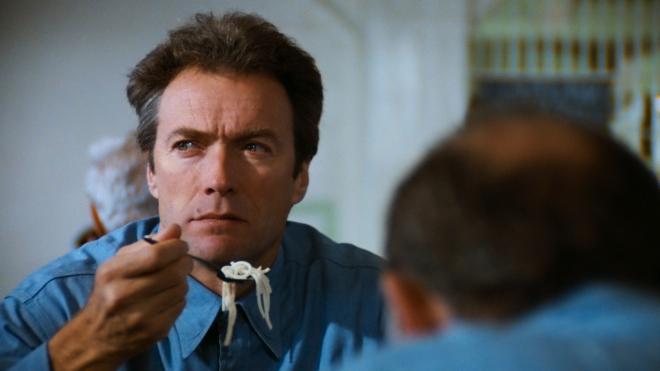 Having looked back at my old Blu-ray the improvements in clarity are quite notable. Siegel and Surtees used the tight locations to good effect so even middle or wide shots are still relatively close and tight allowing you to appreciate fine lines and textures. As the escape plan unfolds these little details are rather important and now you can appreciate these little bits and pieces. As the transfer was prepared by Paramount, film grain is well maintained and stable for nearly all of the film, but for the optical transitions, it does appear that some amount of grain management has been employed. It’s not severe and thankfully these transfers are relatively brief, but as happens with other older films, there’s a notable quality shift just ahead of the fade or dissolve. This is the case with the old Blu-rays and DVDs as these moments would become overly noisy or messy looking with obvious color shifts. It’s one of those, “is what it is” sort of niggles that thankfully don’t ruin an otherwise very strong transfer for a movie that was never very pretty to begin with. 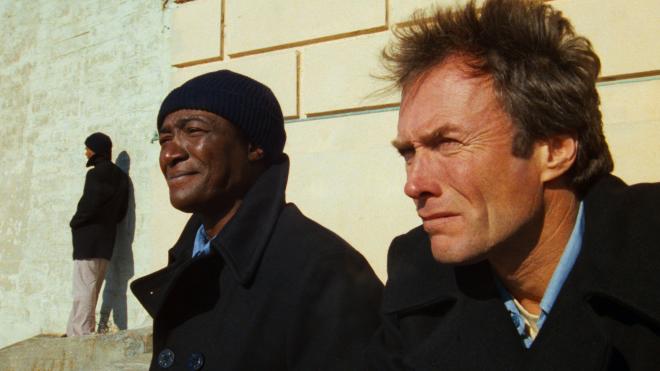 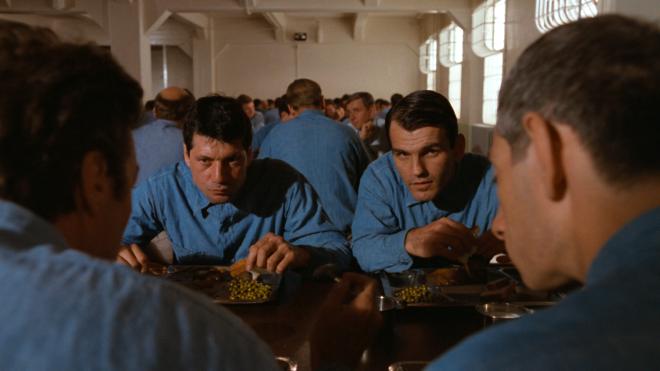 Escape From Alcatraz comes in with a pair of audio options - a DTS-HD MA 5.1 and a DTS-HD MA 2.0 track. Comparing the DTS-HD MA 5.1 to the old Warner-issued disc’s Dolby TrueHD 5.1 track, these tracks are pretty close to identical, but I’d say the new DTS track has just a little more presence. Surrounds are active but not in overly noisy ways. Sounds of wind or coughs in the cell blocks or the shoes of the guards walking the block have a nice clear presence to give a sense of scale and atmosphere. Busier sequences in the cafeteria or the workout yard open up nicely giving that active listening experience through the channels. Jerry Fielding’s moody and creepy score comes through nicely and makes sure your blood is pumping and keeps you on edge. 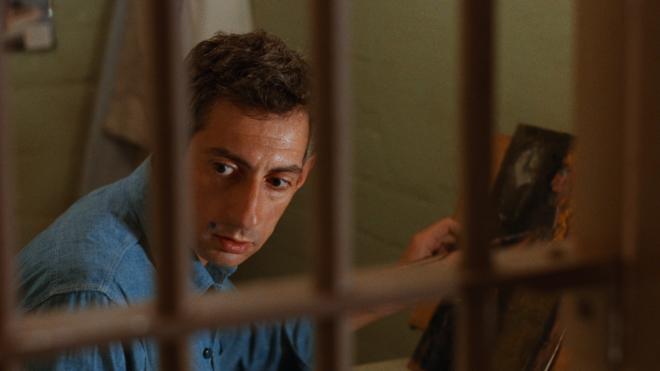 This release also comes with a decent little assortment of bonus features. Not a lot mind you, but enough to make your time digging into them worth the effort. Headlining the pack is a new audio commentary featuring film historians Nathaniel Thompson and Steve Mitchell that’s a great listen. These guys certainly did their research for this offering tons of quotes and production details to the track while also offering up their own moments of appreciation for the film. Screenwriter Richard Tuggle and actor Larry Hankin also come in for new interviews about the film that are well worth checking out as well. The Larry Hankin interview is especially entertaining as he details getting cast in the film and expanding his role by simply being on the set every day. 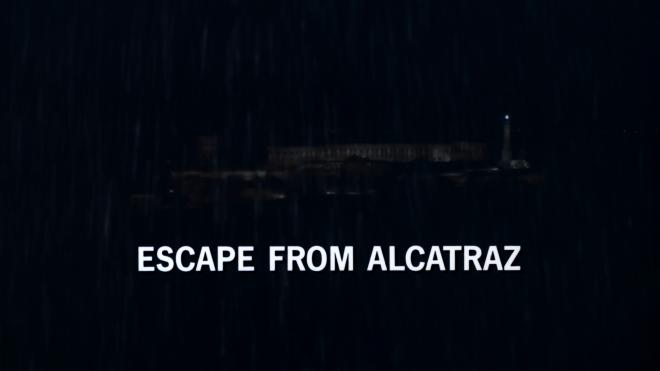 Escape From Alcatraz isn’t exactly a star-defining film. Eastwood was already at the height of his acting career coming off the massively successful Every Which Way But Loose, The Gauntlet, and Dirty Harry sequel The Enforcer. Frank Morris is an anti-hero character for sure, but this isn’t like anything Eastwood ever played in his career and it’s a hell of an effort. As the fifth and final collaboration with Don Siegel, it was a great film for the Master and the Apprentice to part ways.

Kino Lorber Studio Classics and Paramount have teamed up to give fans of Escape From Alcatraz a new two-disc 4K Ultra HD Blu-ray sporting a nice dark and moody Dolby Vision HDR transfer with two solid audio tracks. To top things off, this release actually has bonus features and they’re well worth taking a gander at. All in all, a great film gets a very respectable 4K release. Recommended