John Sturges’ classic WWII film The Great Escape breaks out onto 4K Ultra HD Blu-ray from Kino Lorber Studio Classics. This perfectly constructed thriller features a “who's who” of legendary actors including Steve McQueen, Richard Attenborough, James Garner, Donald Pleasance, and Charles Bronson to name but a few. Now with a full native 4K presentation (no HDR) the film looks fantastic - especially if you have a large screen setup. With impressive audio, and tons of great bonus features, this genuine classic is just as thrilling as the day it was released and now fans have a new edition to devour. Highly Recommended.

"There have been dozens of World War II movies that focus on POWs, but the granddaddy of them all is without a doubt The Great Escape. Hefty in scope, bloated in length, yet still intimate and affecting, director John Sturges' ambitious 1963 epic about a stubborn group of Allied prisoners who devise a daring and daunting break from a German stalag remains an impressive mix of action, spectacle, male bonding, and wartime suspense more than a half century after its initial release. This absorbing portrait of gumption and grit may not depict events exactly the way they happened (as the producers claim in the prologue), but it's authentic enough to instill deep respect and admiration for the courageous, unselfish soldiers willing to risk everything for freedom. 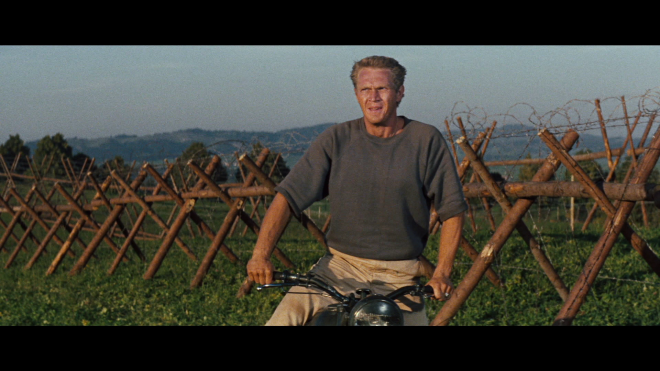 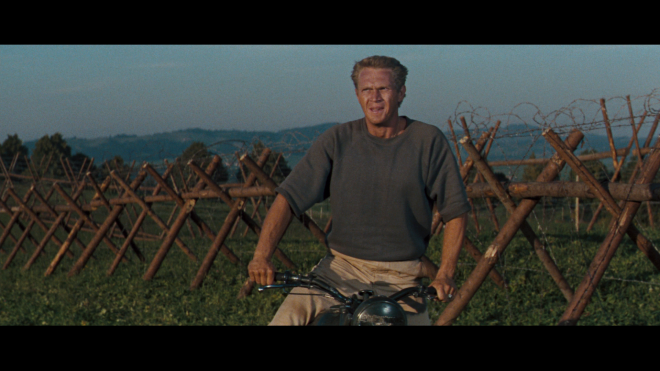 Steve McQueen, James Garner, Richard Attenborough, Charles Bronson, Donald Pleasance, James Coburn, and David McCallum lead the motley band of "rotten eggs" who dig an elaborate network of tunnels in an ambitious attempt to liberate 250 British, American, and Australian soldiers. The film's first half meticulously - and sometimes tediously - details the planning and complex execution of the dangerous plot, but the pace picks up considerably once a handful of men bust out of the camp and literally run for their lives. That's when a sober study of ingenuity and steely wills morphs into an exciting, suspenseful action flick capped by a thrilling motorcycle chase through the German countryside."

For myself, The Great Escape represents one of those amazing memorable first-time viewing experiences where every detail is etched permanently in my brain. This was one of those days when my dad brought this home from the rental shop on a Friday night. I saw the big plastic box it came in and I couldn’t be less interested in it. I have no idea why, but I thought it was going to be a musical because it was old. My dad persisted and soon enough I was enraptured sitting on the floor of our living room with my slice of pizza staring up at our massively gigantic big screen 32” Sony Trinitron XBR TV. It helped that this was one of the rare times he hooked up our high-end stereo speakers to give us a really BIG theater sound experience. Regardless, I was stuck on the floor the whole way through. 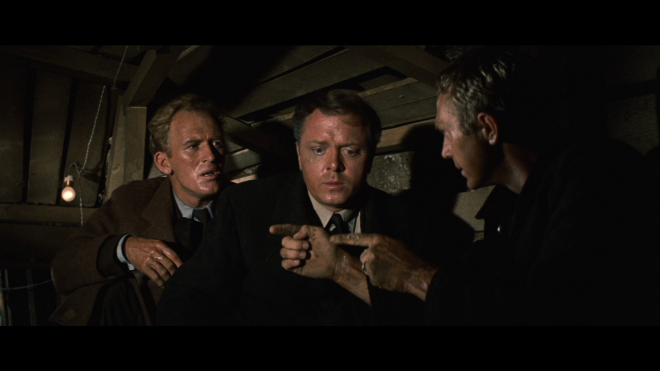 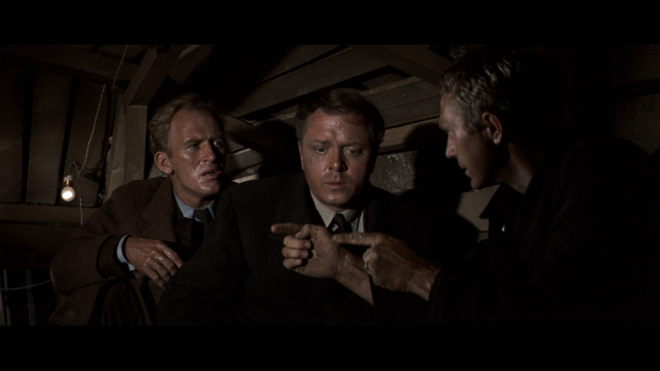 It’s one of those few movies like The Good, The Bad, and The Ugly where it doesn’t matter how far into the film it is, if I see it’s on TV I have to watch it. I love that this is a long and slow movie that steadily builds. In lesser hands than John Sturges', it would have been a rush to get those guys out of the prison and probably would have far fewer characters to follow. With such a huge cast, we get to know each of them, learn about their talents, and feel for them when things start to go wrong. Donald Pleasance going blind is always a gut punch that hits harder every time Big X sticks out his leg. The tension and excitement of the film aren’t from the escape itself but the planning and execution of constructing the tunnels knowing they could get caught at any time. I love this movie through and through. It’s one of the few that I make a point to watch at least once a year.

Vital Disc Stats: The 4K Ultra HD Blu-ray
The Great Escape jumps the wires to 4K Ultra HD Blu-ray from Kino Lorber Studio Classics. A two-disc set, the film is pressed on a Region Free BD-100 disc with the accompanying Blu-ray reserved for bonus features. The discs are housed in a sturdy 2-disc case with slipcover. Note, the reverse side indicated Dolby Vision HDR but this is a printing mistake. There is no HDR grade for this release. The disc loads to a static image main menu with traditional navigation options.

Sourced from the same recent 4K restoration effort that Criterion used for their 2020 release, KLSC offers up a new 2160p native 4K transfer without HDR. Now I’ve heard a lot of reasons why HDR isn’t included with some releases, I don’t know the specific reason here but given how none of KLSC’s other upcoming MGM 4K releases will include HDR, it must be a licensing limitation from the rights holder. In any case, this isn’t just a higher resolution transfer of the Criterion disc. There’s new color timing that pulls back the prominently yellow tone of the 2020 release for a cooler more natural palette. I never thought the 2020 transfer was bad, it was a notable improvement in most areas over MGM’s 2013 disc. That said, this new release from KLSC is exceptional. Details are impressive throughout offering a clearer image with cleaner lines and fine textures. Film grain is well resolved without appearing scrubbed or slapped with any edge enhancement. Granted these improvements will be more appreciable for those with larger screen home setups.

What is instantly appreciable is the new color timing. With yellows pulled back a little and some more blue in the image, the palette feels more natural. With the added blue tone to the image, it feels a little closer to the 2013 Blu-ray image, but without being so damned dark and murky and lacking anything close to lifelike detail. However, where there may be some controversy with this timing was how Criterion used the personal prints owned by Martin Scorsese and Quintin Tarantino as a reference point. I don’t know if that was specific for the Criterion release or the restoration effort in general. But the differences between the two is noteworthy. 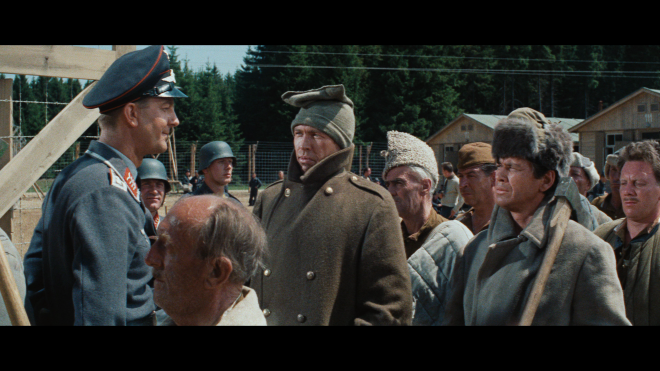 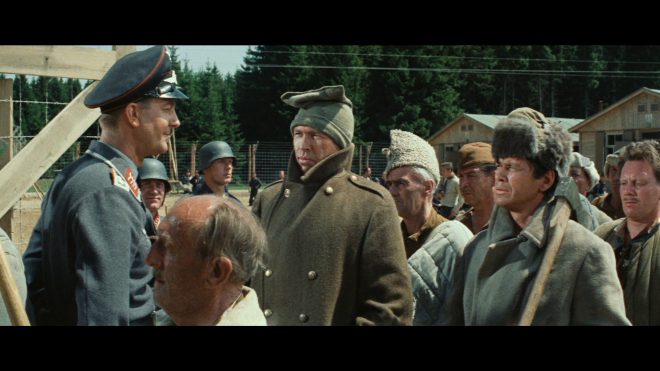 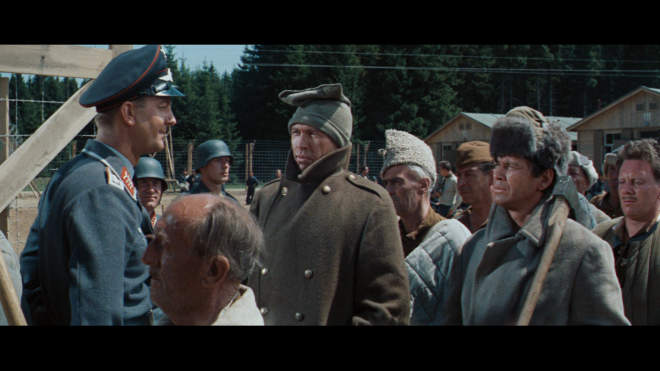 As for how well it stands on its own - I think this KLSC presentation is impressive and certainly doesn’t disappoint. It’s sharper, cleaner, and enjoys excellent black levels and shadow depth. If you didn’t pick up the Criterion disc, then you’re ready to rock and roll. If you have the Criterion disc in your collection, you still have a pretty damned impressive piece but I give the edge to this 4K disc as the best of the lot. Now, if a different label or an EU licenser puts out their own release and adds HDR, we’ll just have to dive back in and look at it all over again and reassess. But, them’s the breaks with this industry. 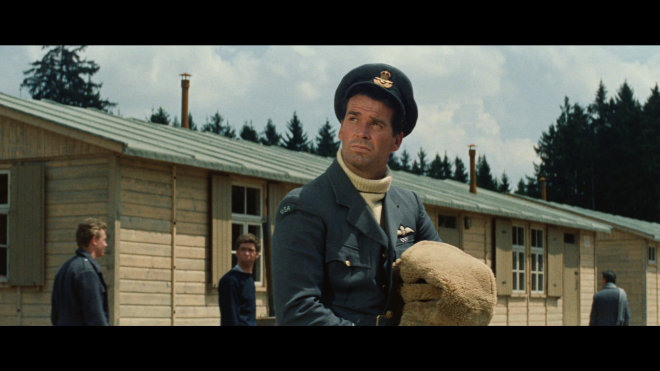 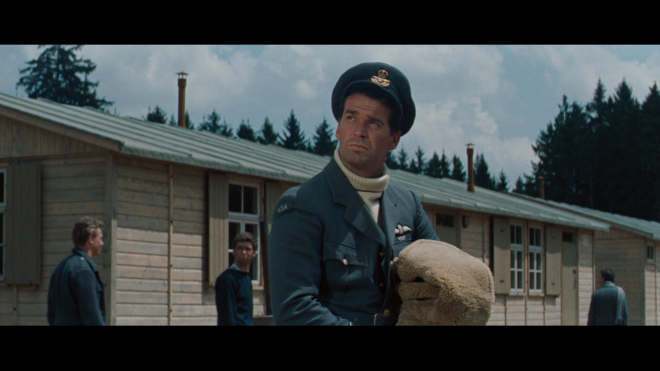 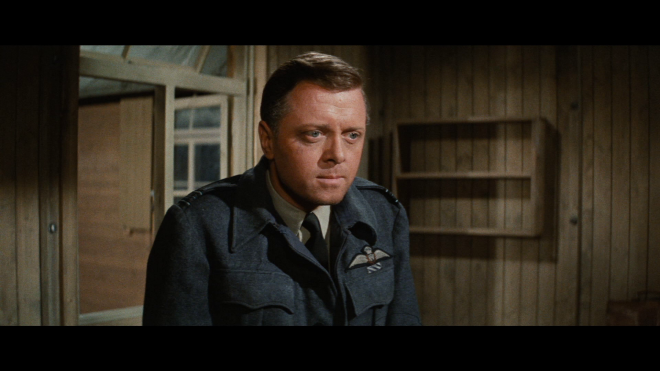 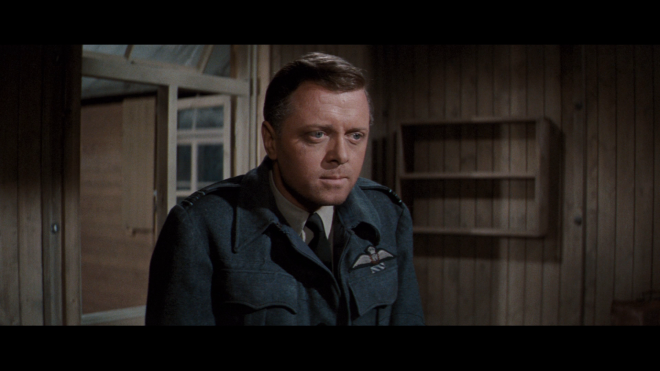 This release of The Great Escape is packed with a DTS-HD MA 2.0 mono track and the previously released DTS-HD MA 5.1 audio mix. Both are great listening options. I usually prefer original mono tracks when and where available but in this instance, the 5.1 mix is a pretty great listening experience. Past upgrades of this sort for MGM classics - titles like The Good, The Bad, and The Ugly or The Terminator (among others) added additional sound effects to punch things up for a surround track. That’s not the case with this 5.1 mix as everything still sounds natural without distracting and silly heightened audio effects. In that respect, it’s dealer’s choice. 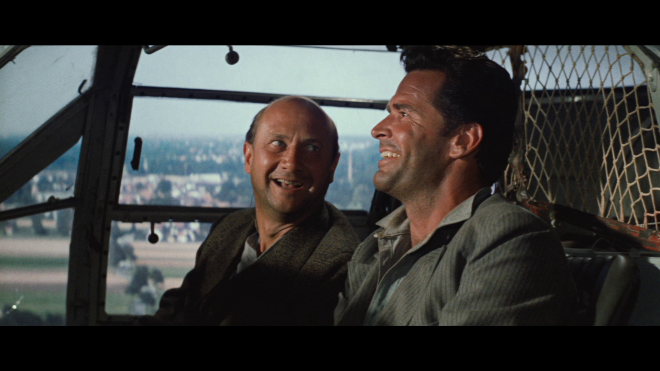 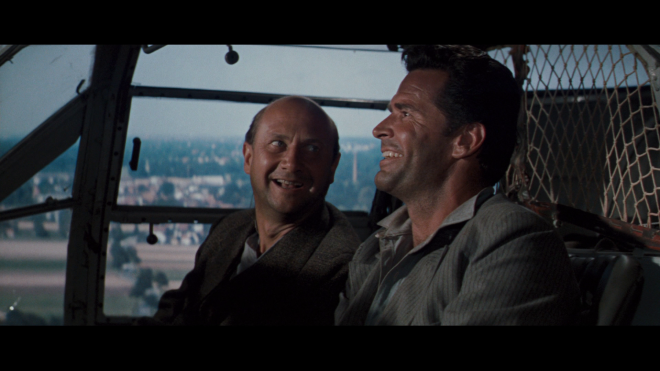 As is often the case with a previous Criterion release moving to a different label - not all of the bonus features carry over. In this instance, the original Sturges audio commentary for the old Criterion Laserdisc isn’t on this disc and the 2020 interview with Michael Sragow didn’t carry over. However, pretty much everything else is here. And to sweeten the deal KLSC has added a new audio commentary of their own and a couple of other extras not on the Criterion Blu-ray. All around a nice package of materials to dig through. 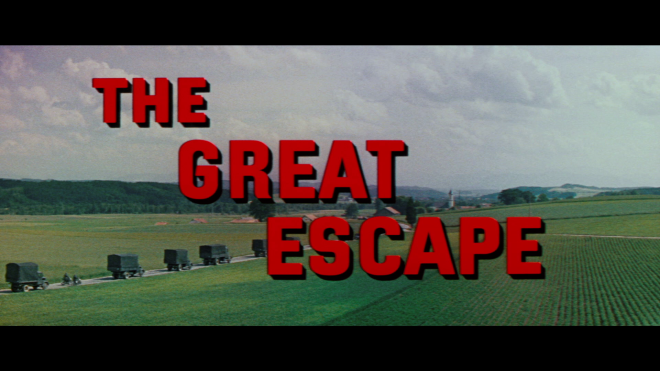 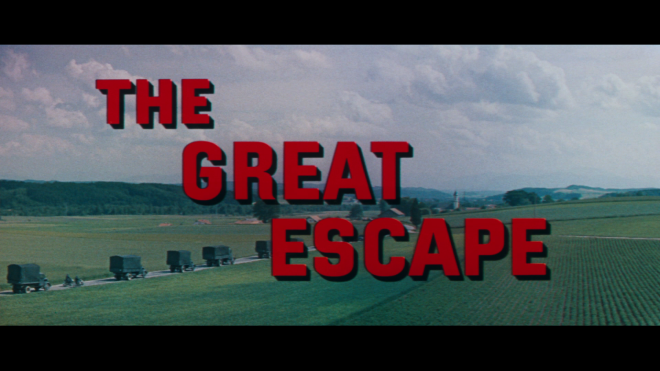 One of the best films of its era, The Great Escape is a thrilling WWII adventure. Loosely based on a true story, the film features an impressive cast of actors with John Sturges in peak form behind the camera. It may be long, but it’s never dull as it steadily builds suspense until the big breakout and the thrilling finale.

Kino Lorber Studio Classics is the latest company to take a crack at delivering the definitive release of The Great Escape with the film’s first entry on 4K Ultra HD Blu-ray. With a native 4K transfer sourced from the same restoration elements as the 2020 Criterion Blu-ray, this release offers new cooler color timing pulling back the prominent yellow of the past release for a more natural palette. Without HDR, the improvements in detail and image clarity will depend on the size of the screen. Audio is clean and the package of bonus features ports over most of the content from past releases with a new audio commentary. This may not quite be a definitive release, I’m sure there will be another shot on 4K at some point and maybe with HDR, but this is a damn good disc with an impressive A/V presentation for fans to enjoy. Highly Recommended.