The 4K release of Stanley Kubrick's classic 1980 film will be available in 4K this October.

Warner Brothers is preparing The Shining for 4K Ultra HD Blu-ray on October 1.

When writer Jack Torrance (Nicholson)--who has a history of alcoholism--takes a job as winter caretaker for a hotel high in the Rocky Mountains, he, his wife (Duvall) and their psychic young son will be isolated until spring. But once the first blizzard closes the road out, the accumulated power of evil deeds committed at the hotel begins to drive Jack mad. Now there may be no escape for his wife and son in this haunting story of madness, memory and violence.

Now widely regarded as one of the greatest horror films ever made, The Shining was directed and produced by Kubrick, who wrote the screenplay with Diane Johnson.  The film was based on the novel “The Shining” by Stephen King, and stars Jack Nicholson in an iconic role as Jack Torrance, Shelley Duval as Wendy Torrance, Scatman Crothers as Dick Halloran, and Danny Lloyd as Danny Torrance. 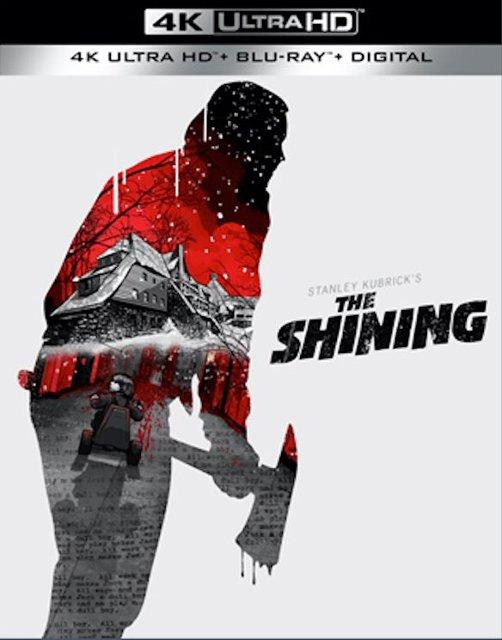 May 17th, the restored 4K version of the film will be screened at The Cannes Film Festival.

Video from the Overlook: Crafting The Shining - Enter the terrifying world of the Overlook Hotel as only Stanley Kubrick could envision it

The Making of The Shining - This cinema verite documentary offers a rare glimpse into the directing style of Stanley Kubrick as he interacts with stars Jack Nicholson, Shelly Duvall and others

You can find the latest specs for The Shining - 4K Ultra HD Blu-ray linked from our 4K Blu-ray Release Schedule, where it is indexed under October 1.