In an early announcement to retailers, Warner Bros. is preparing 'The Accountant' for Blu-ray and Ultra HD Blu-ray. 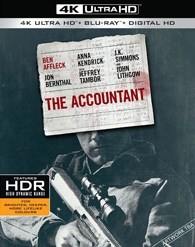 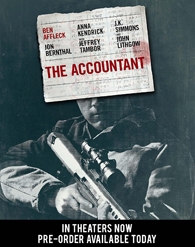