The thriller prequel will hit both formats in October.

In an early announcement to retailers, Universal Studios says The First Purge will be available on Blu-ray and 4K Ultra HD Blu-ray on October 2.

Blumhouse Productions welcomes you to the movement that began as a simple experiment: The First Purge. To push the crime rate below one percent for the rest of the year, the New Founding Fathers of America test a sociological theory that vents aggression for one night in one isolated community. But when the violence of oppressors meets the rage of the marginalized, the contagion will explode from the trial-city borders and spread across the nation.

The Masks of The First Purge - Featurette

You can find the latest specs for The First Purge linked from our Blu-ray and 4K Release Schedules, where it is indexed under October 2. 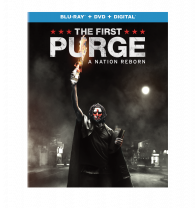 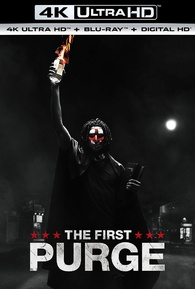