The Tom Cruise thriller inspired by a true story is now available for pre-order!

As previously reported, Universal is prepping American Made for 4K Ultra HD Blu-ray and Blu-ray.  The official release date is January 9.

Deleted Scenes
American Storytellers – The American Made filmmakers share their thoughts on the appeal of their film as another important American story to be told.
Cruise and Liman: A Conversation – Tom Cruise and Doug Liman discuss the making of American Made.
In the Wings – Sarah Wright Olsen, Caleb Landry Jones, and Domhnall Gleeson discuss their characters.
Shooting American Made – A behind-the-scenes look at the making of the film.
Flying High – Tom Cruise and Doug Liman discuss the aerial stunts in the movie.
The Real Barry Seal – Aaron Seal reflects on his father's life.

You can find the latest specs for American Made linked from our Blu-ray and 4K Release Schedules, where it is indexed under January 9. 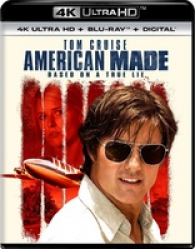 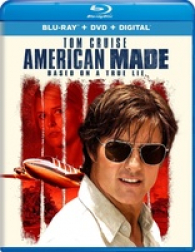