The action-packed sequel is already up for pre-order on both formats at Amazon.

Sony's Spider-Man: Far From Home is swinging to 4K Ultra HD Blu-ray and Blu-ray in the near future.

After the events of Avengers: Endgame, Peter Parker and his friends go on summer vacation to Europe and there Peter finds himself trying to save his friends against a villain known as Mysterio.

You can find the latest specs for Spider-Man: Far From Home linked from our 4K and Blu-ray Release Schedules, where it is indexed under PENDING. 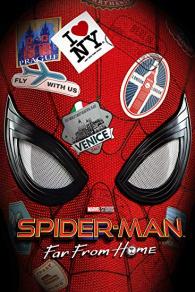