Will Smith will take on Will Smith on 4K Blu-ray, Blu-ray, and digital platforms.

Paramount is prepping Gemini Man for 4K Ultra HD Blu-ray, Blu-ray, 4K Digital, and Digital HD. An exact release date has not been announced yet, but pre-orders are now live via Amazon.

Gemini Man is an innovative action-thriller starring Will Smith as Henry Brogan, an elite assassin, who is suddenly targeted and pursued by a mysterious young operative that seemingly can predict his every move. The film is directed by Academy Award®-winning filmmaker Ang Lee and produced by renowned producers Jerry Bruckheimer, David Ellison, Dana Goldberg and Don Granger. Also starring are Mary Elizabeth Winstead, Clive Owen and Benedict Wong.

Specs and supplements have not been announced yet. And though a High Frame Rate presentation (the movie was shot at 120fps) has not been confirmed, if the 4K Blu-ray release of Ang Lee's previous HFR 120fps film, Billy Lynn's Long Halftime Walk, is any indication, then Paramount will likely include a 60fps HFR option on the 4K Blu-ray.

You can find the latest specs for Gemini Man linked from our Blu-ray and 4K Release Schedules, where it is indexed under PENDING. 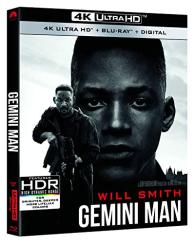 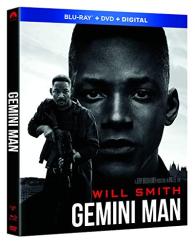 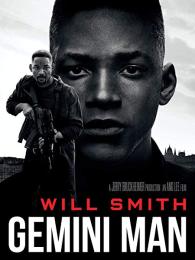