In an early announcement to retailers, Lionsgate is working on 'John Wick: Chapter 3 - Parabellum' for 4K Ultra HD Blu-ray and Blu-ray on September 10.

In this third installment of the adrenaline-fueled action franchise, super-assassin John Wick (Keanu Reeves) returns with a $14 million price tag on his head and an army of bounty-hunting killers on his trail. After killing a member of the shadowy international assassin's guild, the High Table, John Wick is excommunicado, but the world's most ruthless hit men and women await his every turn.

The releases will feature Dolby Atmos audio (with Dolby Vision HDR on the 4K release) and supplements will include:

"Continental in the Desert" Featurette

"Behind the Scenes of John Wick Hex" Featurette

You can find the latest specs for 'John Wick: Chapter 3 - Parabellum' linked from our Blu-ray Release Schedule, where it is indexed under September 10. 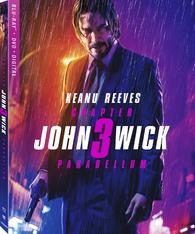 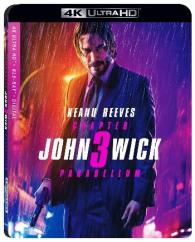