Six titles will be available from The Criterion Collection this April featuring a 4K upgrade of "the best moon movie ever made".

First up on the 4K front, For All Mankind - 4K Ultra HD Blu-ray will be getting a 4K/Blu-ray combo release on April 26th. 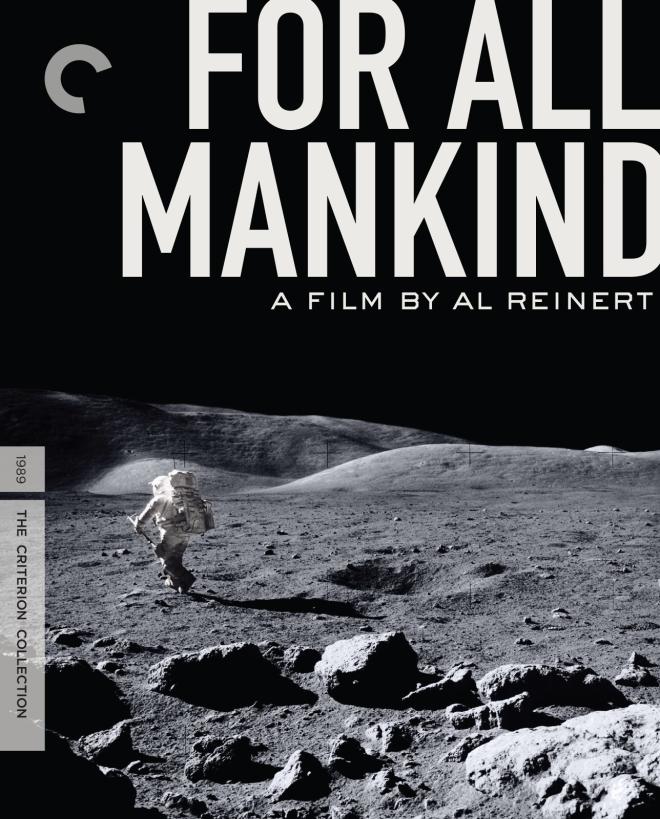 In July 1969, the space race ended when Apollo 11 fulfilled President John F. Kennedy’s challenge of “landing a man on the moon and returning him safely to the earth.” No one who witnessed the lunar landing will ever forget it. Twenty years later, Al Reinert constructed a documentary that imparts the unforgettable story of the twenty-four astronauts who participated in the Apollo mission to land on the moon—told in their words and in their voices, using the images they captured. With its awe-inspiring, otherworldly footage and a haunting atmospheric soundtrack by Brian Eno, For All Mankind stirs us with a profound sense of compassion for the “pale blue dot” that is our home, and it is still the most radical, visually dazzling work of cinema that has been made about this earthshaking event.

The other five titles are Blu-ray only starting with the rock-and-roll 1950s musical The Girl Can't Help It starring Jayne Mansfield on April 19th. 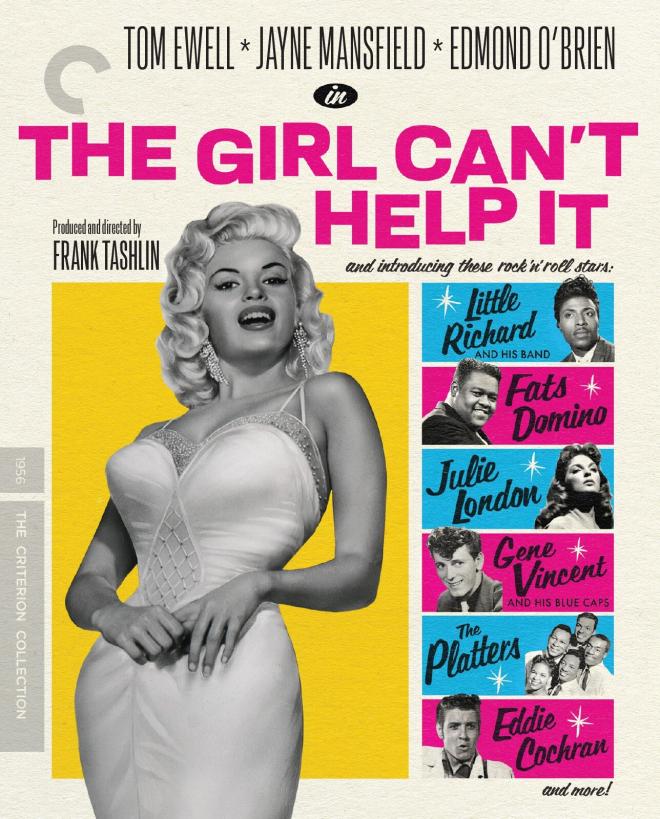 In 1956, Frank Tashlin brought the talent for zany visual gags and absurdist pop-culture satire that he’d honed as a master of animation to the task of capturing, in glorious DeLuxe Color, a brand-new craze: rock and roll. This blissfully bonkers jukebox musical tells the story of a mobster’s bombshell girlfriend—the one and only Jayne Mansfield, in a showstopping first major film role—and the washed-up talent agent (Tom Ewell) who seeks to revive his career by turning her into a musical sensation. The only question is: Can she actually sing? A CinemaScope feast of eye-popping midcentury design, The Girl Can’t Help It bops along to a parade of performances by rock-and-roll trailblazers—including Little Richard, Fats Domino, Julie London, Eddie Cochran, the Platters, and Gene Vincent—who light up the screen with the uniquely American sound that was about to conquer the world.

Also on the 19th comes the fantastical comedy Miracle in Milan  from director Vittorio De Sica. 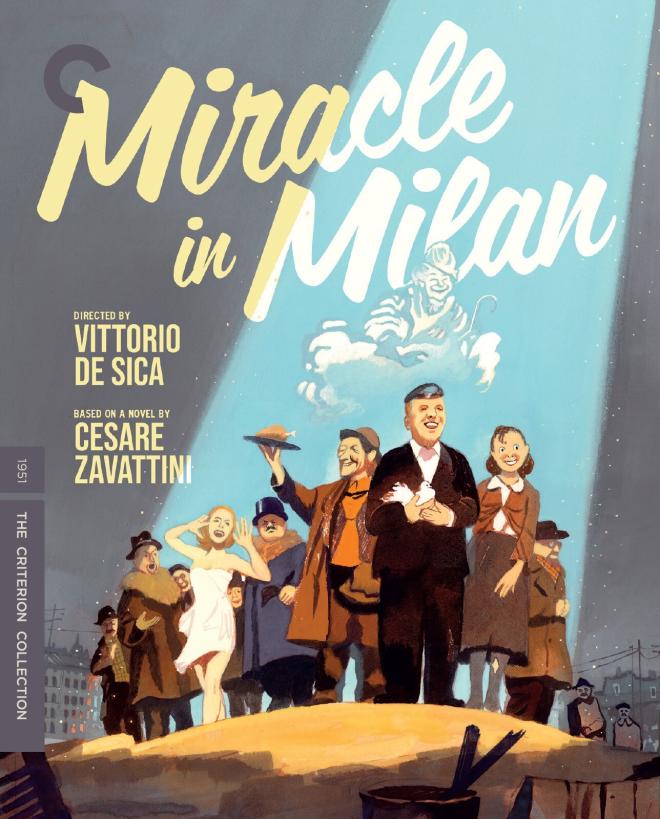 Renowned filmmaker Vittorio De Sica followed up his international triumph Bicycle Thieves with this enchantingly playful neorealist fairy tale, in which he combines his celebrated slice-of-life poetry with flights of graceful comedy and storybook fantasy. On the outskirts of Milan, a band of vagabonds work together to form a shantytown. When it is discovered that the land they occupy contains oil, however, it’s up to the cherubic orphan Totò (Francesco Golisano)—with some divine help—to save their community from greedy developers. Tipping their hats to the imaginative whimsy of Charles Chaplin and René Clair, De Sica and screenwriter Cesare Zavattini, adapting his own novel, craft a bighearted ode to the nobility of everyday people.

On the 26th, the directorial debut of twins Arie and Chuko Esiri Eyimofe (This Is My Desire)  is set for a Blu-ray release. 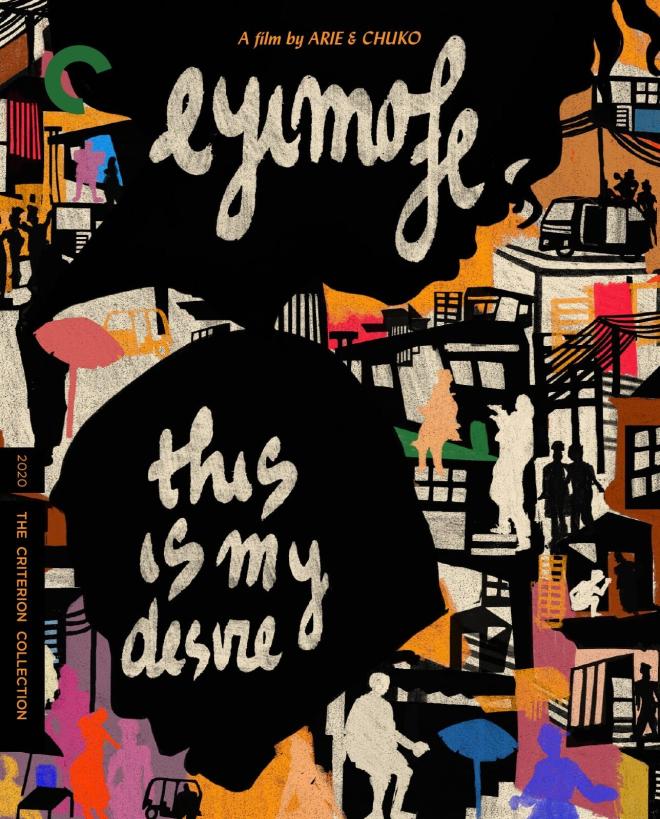 This revelatory, award-winning debut feature from codirectors (and twin brothers) Arie and Chuko Esiri is a heartrending and hopeful portrait of everyday human endurance in Lagos, Nigeria. Shot on richly textured 16 mm film and infused with the spirit of neorealism, Eyimofe (This Is My Desire) traces the journeys of two distantly connected strangers—Mofe (Jude Akuwudike), an electrician dealing with the fallout of a family tragedy, and Rosa (Temi Ami-Williams), a hairdresser supporting her pregnant teenage sister—as they each pursue their dream of starting a new life in Europe while bumping up against the harsh economic realities of a world in which every interaction is a transaction. From these intimate stories emerges a vivid snapshot of life in contemporary Lagos, whose social fabric is captured in all its vibrancy and complexity.

Next, Bertrand Tavernier directs Dexter Gordon in the critically-acclaimed jazz film ’Round Midnight which will be released on Blu-ray on April 26th. 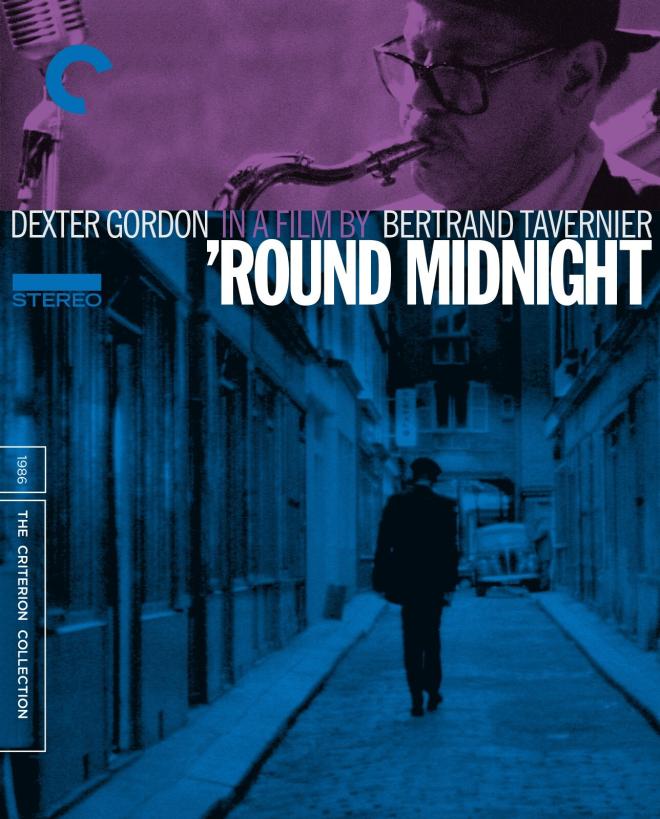 ’Round Midnight is a love letter from director Bertrand Tavernier to the heyday of bebop and to the Black American musicians who found refuge in the smoky underground jazz clubs of 1950s Paris. In a miraculous, sui generis fusion of performer and character that was nominated for an Oscar, legendary saxophonist Dexter Gordon plays Dale Turner, a brilliant New York jazz veteran whose music aches with beauty but whose personal life is ravaged by addiction. Searching for a fresh start in Paris, Turner strikes up an unlikely friendship with a struggling single father and ardent jazz fan (François Cluzet) who finds his life transformed as he attempts to help the self-destructive musician. Herbie Hancock’s evocative, Oscar-winning score sets the mood for this definitive jazz film, a bittersweet opus that glows with lived-in, soulful authenticity. 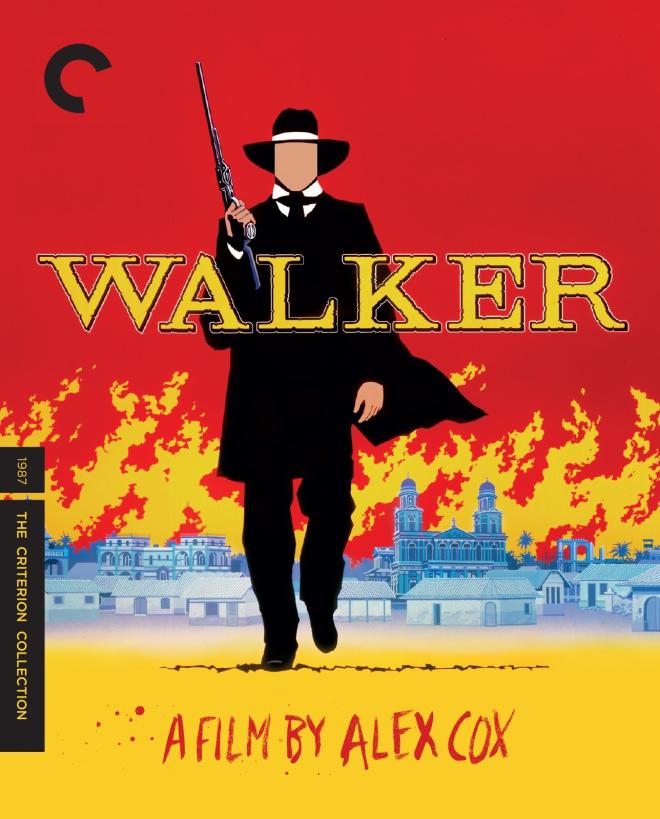 A hallucinatory biopic that breaks all cinematic conventions, Walker, from British director Alex Cox, tells the story of nineteenth-century American adventurer William Walker (Ed Harris), who abandoned a series of careers in law, politics, journalism, and medicine to become a soldier of fortune and, for many months, the dictator of Nicaragua. Made with mad abandon and political acuity—and the support of the Sandinista army and government during the contra war—the film uses this true tale as a satirical attack on American ultrapatriotism and a freewheeling condemnation of “manifest destiny.” Featuring a powerful score by Joe Strummer and a performance of intense, repressed rage by Harris, Walker remains one of Cox’s most daring works.

These titles aren't available for pre-order yet but we will post an update when they are ASAP.  As always, thank you for your support and pre-orders!