After an inexplicable delay compared to the rest of the world, Zack Snyder’s Justice League finally hits 4K Ultra HD Blu-ray in North America. The good news is if you didn’t import it, you’re getting the exact same discs like everyone else. The bad news is if you did import it, these are the exact same discs. No extensive bonus features. No Justice Is Gray black and white version of the film. And no - no widescreen version either because that's not going to happen. What you are getting is a damned excellent native 4K Ultra HD image with an impressive Dolby Atmos mix to match. You’re also getting it in 1080p on SDR Blu-ray for whatever that’s worth. Even though these are the same discs, there are folks that didn’t spend the $ to import who should buy with confidence. Highly Recommended

Seeing as how my opinion of Zack Snyder's Justice League hasn’t really changed since I last reviewed this film - if anything it’s gone up - I’ll forgo the usual room for a full new review and excerpt portions from my review of the imported U.K. disc.

"The trials and tribulations of Justice League reaching the big screen have been well documented - so there’s little point in my retelling that long story here. Suffice to say, it was a shit show. Bad decisions were made from the very top of Warner Brothers on down through every facet of the creative team right through to the hiring of Joss Whedon to rewrite/reshoot large chunks of the film to create the Frankenstein's monster that hit theaters. This version wasn’t the result of one creative vision but the patchwork schemes and motives of a number of people.

Ill-content with that version, fans of Zack Snyder clamored to see what the director originally intended. With what we got - anything had to be better, right? It took a few years, dozens of teasing social media posts, lots of petitions, and the creation of a new streaming network, but we finally have Zack Snyder’s Justice League in all its glory. While I wouldn’t call it perfect, it is a massive improvement and far better than I expected. It’s epic grand-scale superhero entertainment at its finest. Previously, the emotional core with its characters was as dead as Superman's corpse but now breathes new life and resonance. 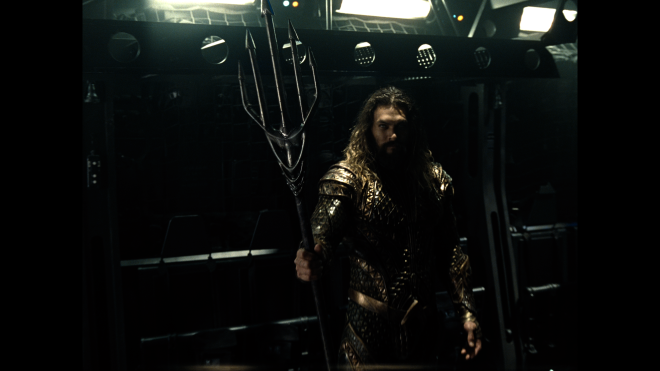 From the opening credits, this isn’t anything like what we saw in 2017. The film finally feels like the grand epic assembly of DC’s greatest heroes we were promised so long ago. Content with taking its time - and boy does it take its time - we actually get genuine fully fleshed-out characters. This is The Justice League. This isn’t “The Batman Superman Wonder Woman Show...costarring Flash, Aquaman, and this other guy called Cyborg.”

We’re properly introduced to Ezra Miller’s Barry Allen - The Flash - applying for a job as a dog walker. Just the concept of The Flash slowly walking dogs made me laugh. But he also manages to save the day when Iris West (Kiersey Clemons) gets into a car accident in a hilariously romantic slow-motion action sequence. Most importantly, this introduction and the climax of the film sold me on Miller as The Flash. As the force for most of the comic relief, it's nice to see a natural sense of humor instead of constant quipping. 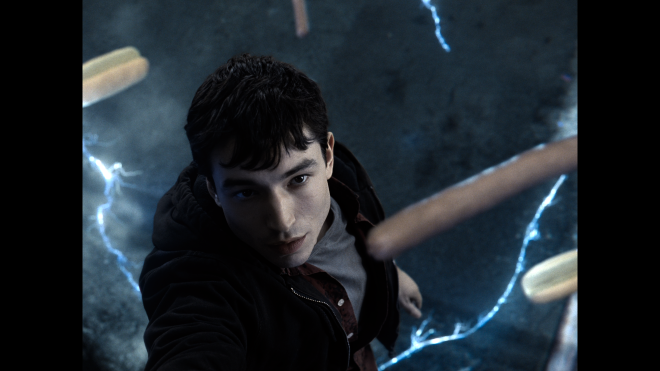 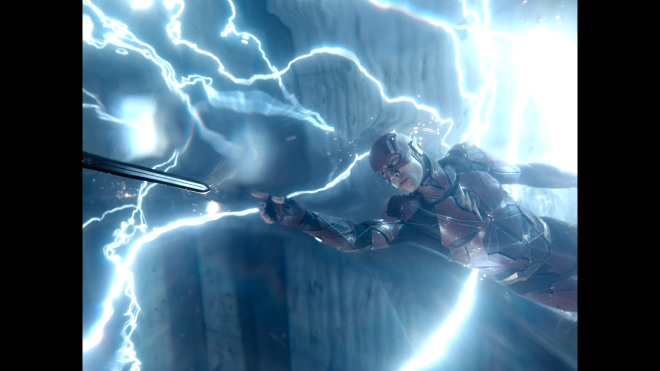 ...While I will sing the praises of Zack Snyder’s Justice League it does have some knocks. I appreciate Synder’s love of slow-motion to add drama to an action sequence and give fans the hero shot - but damn there’s a lot of slow-mo! Its over-use pulls some impact from genuinely grand sequences - like hotdogs! Pacing is also a bit of a struggle early on. I thought the Icelandic sequence was beautifully shot but I don’t think we needed to see some ladies serenade Aquaman, least of all watch one sniff his sweater. And on the plot front, there are some notable oddities like how does a galaxy-conquering megalomaniac forget where he left his greatest weapon? There are also some notable changes to the lore of Steppenwolf and his relationship to Darkseid but really these amount to small quibbles and nitpicks. A four-hour movie is going to have a few of those and comic movies are rarely ever 100% cut from canon to the satisfaction of fans. 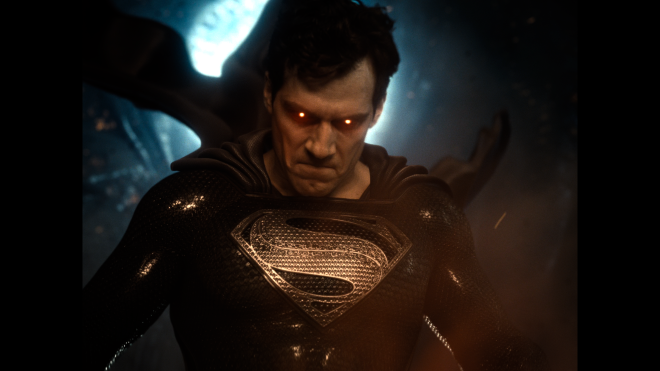 I’m under no delusion that this is the same movie we would have gotten in 2017 if Snyder was left to finish his two-film epic. Zack Snyder’s Justice League is the result of a long process of hindsight and studio creative reckoning. Certain heads had to roll before the idea of letting Snyder finish his film could even be considered. Now that we have it, we have what I’d call a genuine epic Superhero movie. We can bury that hack job Frankenstein Cut in the graveyard of bad comic films alongside Steel, The Spirit, and pretty much every Fantastic Four movie made to date."

Vital Disc Stats: The 4K Ultra HD Blu-ray
Warner Brothers finally let North America join the rest of the world… a league of nations if you will, that already have Zack Snyder’s Justice League on 4K Ultra HD Blu-ray with a 4-disc 4K UHD + Blu-ray set. No digital copy is included. There is absolutely nothing new with these discs. The artwork is virtually identical save for the back image and the critic quote. The disc architecture is the same so when I put them in to take a look, they picked up right where I left off from my last viewing of the UK discs. Pressed on two BD-100 discs with two BD-50 discs, the discs are housed in a thin 2-bay Elite case, with the 4K discs and the SDR Blu-ray discs stacked on top of each other. 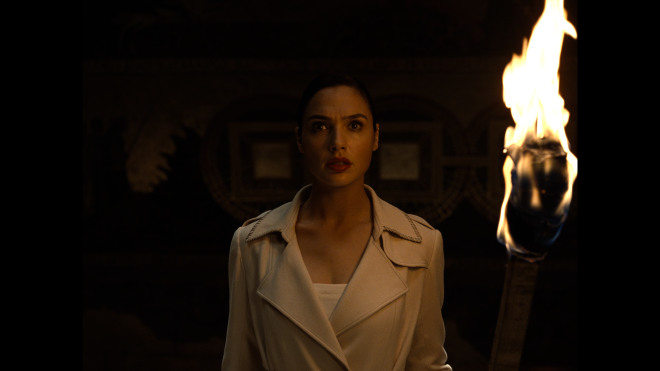 This is still a damned beautiful looking film. I go back to this film every few days or so to watch some favorite superhero moments and it’s absolute visual eye candy. The native 4K HDR10 transfer looks fantastic, so I’m not going to spend too much time there rehashing my old review. You can refer back to the link above for my full comments there. I will take a moment to address the 1080p SDR transfer. 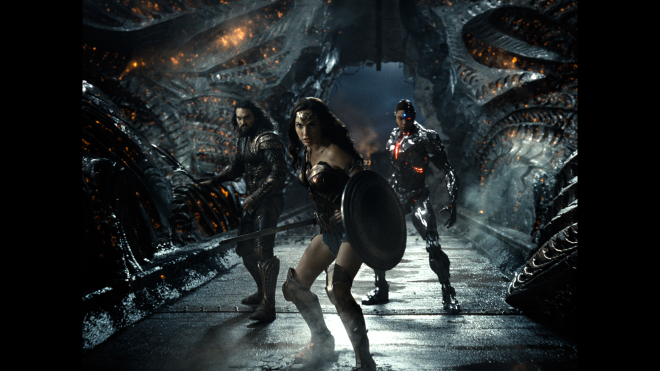 While this 1080p SDR transfer is pretty good - it pales in comparison to the 4K discs in ways I wasn’t quite expecting. For starters, the fine details that are so notable in the native 4K disc just don’t pop. Going backward between formats the differences is notable, especially in close-up shots and the costume detailing. Without HDR, the colors also feel rather flat - especially during major action sequences. The age of heroes battle against Darkseid was a notable moment where the image felt flat with less fine definition and inconsistent grain structure. I also spotted a bit of banding and aliasing in several scenes not present on the 4K disc. Truthfully, if you’re rocking 4K, there’s no reason to throw on the 1080p discs. 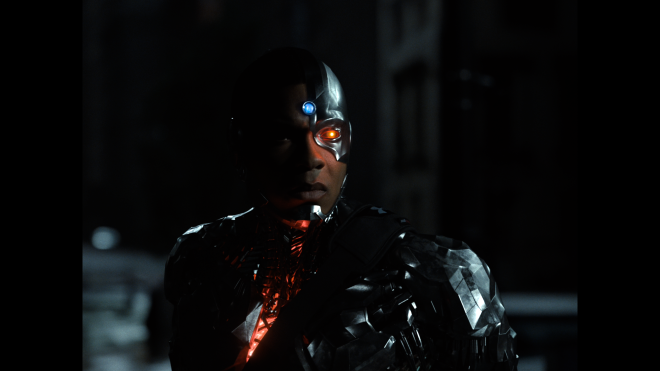 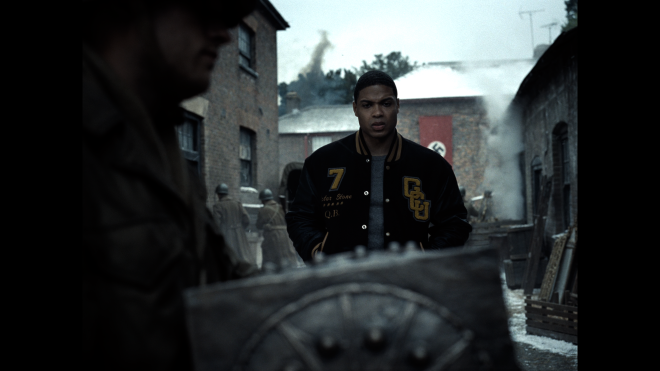 Again - You get the same great Atmos audio mix on both the 4K and 1080p SDR discs. While not as overly aggressive as Batman v Superman: Dawn of Justice - it’s still an excellent mix with impressive range, great use of the height channels, and an active soundscape. 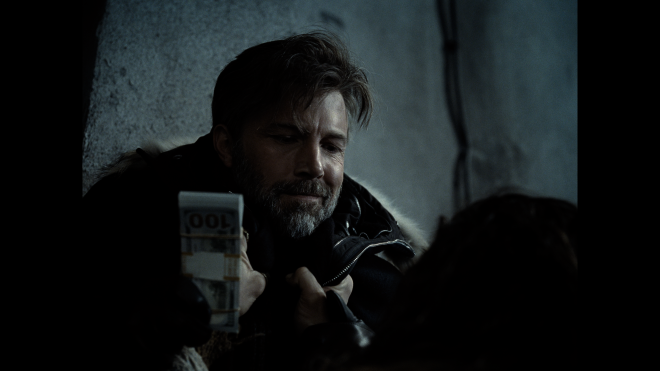 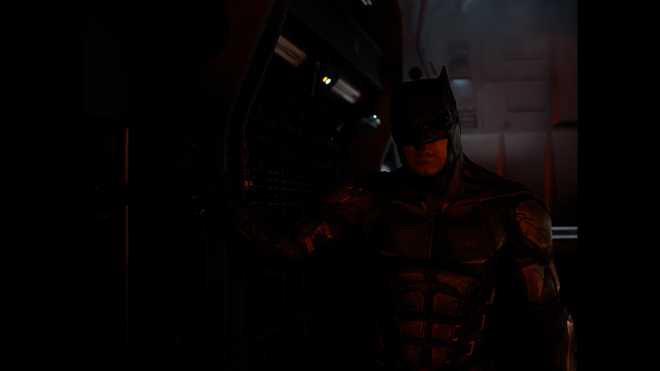 The same dinky retrospective featurette is included here. This is where my tinfoil hat comes on and makes me wonder if there is going to be a much more elaborate special edition release somewhere down the line. Snyder alluded to recording an audio commentary for this one, and there’s been enough behind-the-scenes footage and stills just from his Twitter and Vimeo accounts to fill up some extra disc space. I’d love to see the other Joker footage he teased and the Green Lantern alternate ending! I’m sure someday we will.

It’s finally here, Zach Snyder’s Justice League has arrived on North American shores on 4K Ultra HD Blu-ray… and it’s exactly what everyone else already got. Same discs. Same packaging. Even the SteelBook that’s coming to Best Buy is the same making the delayed release all the more confusing beyond WB’s want to keep folks glued to HBO Max a little bit longer. The film is a grand and fitting conclusion to Snyder’s little trilogy. I’d hoped that in the last couple of months some word about his possible return or a continuation of these DCEU characters and this Justice League continuity would be announced - but aside from The Flash, Aquaman 2: Aquatic Boogaloo, and Wonder Woman 3 getting a green light. There’s nothing about a new Cavill-fronted Superman film and Affleck’s time as the Caped Crusader is rumored to finish up with The Flash. It’s all just rumors and speculation.

In the meantime, Warner Bros gives North American fans of Zack Snyder’s Justice League one hell of a great-looking 4K disc. The image easily bests the HBO Max stream, while Dolby Vision HDR would have been nice, this standard HDR10 transfer is no slouch. The Atmos audio is still a beast. If you didn’t end up importing a copy from Europe last spring, buy with confidence knowing you’re not missing out on anything. However, if you already imported it, there’s no need to pick this up. And likewise to our European cousins - you don’t need to spend the cash trying to get this disc, you already got it months ago. Highly Recommended

Also available in a SteelBook from Best Buy