Although visually atmospheric and featuring a great performance by Amy Seimetz, the 2019 adaptation of Pet Sematary is an ultimately dull retelling of Stephen King's classic novel. The horror remake debuts on Ultra HD with a strong 4K Dolby Vision presentation, a demo-worthy Dolby Atmos track, and a small collection of bonuses. Still, the UHD package is Worth a Look.

In an effort to be both faithful to Stephen King's now-classic horror novel and distinctly different from the 1989 cult favorite starring Fred Gwynne, Pet Sematary fails miserably at delivering an engaging or even remotely scary story while simultaneously being spookily atmospheric and visually macabre. If for nothing else, looking creepy without ever actually feeling creepy can be an impressive feat, akin to the stylings of Tim Burton or Guillermo del Toro. Only, this disappointing misfire never comes close to the heights of those established filmmakers. And sadly, this latest adaptation had plenty going for it when considering the script came from Matt Greenberg, who has penned other horror favorites like Halloween H20 and 1408, and directors Kevin Kölsch and Dennis Widmyer are the same pair that showed a great deal of promise in their criminally-underrated Starry Eyes. With so much potential on its side, how did it all go wrong, leaving the hearts of fans stonier and sourer than the burial ground?

Within the first few minutes, it's apparent something is off in this frightful tale about grief and trauma as the Creed family drive into the small town of Ludlow, Maine and arrive at their new home, which is dangerously close to a highway frequented by speeding tanker trucks. And like those trucks suddenly appearing and loudly disrupting the otherwise tranquil environment, exposition is rapidly thrown at the audience without much time to process or allowed to settle into this world. We quickly jump from the shock of trucks to Louis (Jason Clarke) being the new university doctor, a funeral procession, discovering the pet cemetery and introducing next-door neighbor Jud (John Lithgow). Granted, this could all be argued as intentional, a familiar tack for establishing an ominous and (duh!) unsettling tone, which the production does admirably well. But this is also at the sacrifice of the story's pacing where the first half feels as though hurriedly building towards the inevitable and expected fatal accident when things suddenly slow down. 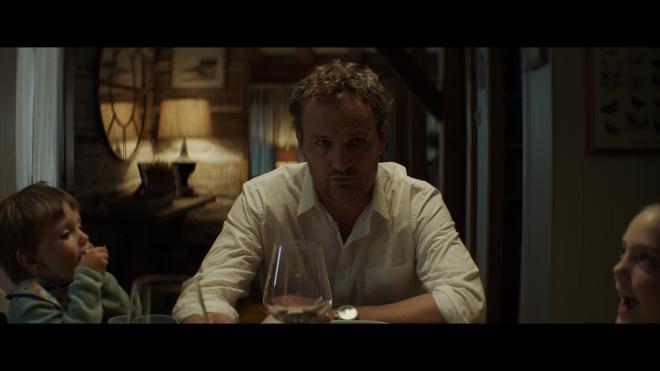 This issue with the editing and pacing significantly affects what are supposed to be the film's hair-raising moments, the reason for attracting staunchly dedicated genre fans in the first place. The scariest aspects of King's book ultimately fall flat and are rather humdrum in this reimagining, particularly that of Victor Pascow, the ghostly figure functioning as Louis' conscience. As played by Obssa Ahmed, making his feature-length debut, the character has been turned into a stage prop, simply standing motionless as well as emotionless. He's not a creepy apparition as much as he's a coat rack in the corner of the house. On the other hand, visions of Rachel's (Amy Seimetz) dead sister Zelda are some of the best sequences, an admittedly edge-of-your-seat and methodical setup for some satisfying jump scares. And these work well because Seimetz gives an emotionally memorable performance, but they are also too far and few in a horror flick that should be more consistently scary.

Aside from Seimetz's performance, other praiseworthy aspects of Pet Sematary is the work of production designer Todd Cherniawsky and cinematographer Laurie Rose. Despite failing to churn out some genuine frights, the 2019 remake nonetheless generates a feeling of unearthly unease and surrounding the family with an uncomfortably sinister air, as though immersed with death and tragedy from the onset. Rose photographs intimate private conversations with the warm comforting glow of the lights, but the room is nonetheless bathed in bleakly somber shadows. Some scenes, most notably those when walking into the ancient burial ground, appear as though shot in a soundstage, giving the film an old-fashioned sensibility — a subtle allusion to classic Univeral horror and AIP films, perhaps. Kölsch and Widmyer make great use of all this to supply the production with some level of eye-catching attractiveness. But the time we arrive at the final twist, it is neither surprising, scary or a gratifying conclusion.

Paramount Home Entertainment exhumes Pet Sematary (2019) to Ultra HD Blu-ray as a two-disc combo pack with a flyer for a Digital Copy. When redeeming said code via paramountmovies.com or VUDU, users have access to the 4K Dolby Vision version in Dolby Digital Plus 5.1 audio. The dual-layered UHD66 disc sits comfortably opposite a Region Free, BD50 disc, and both are housed inside a black, eco-vortex case with a glossy slipcover. At startup, viewers are taken directly to a static menu screen with the usual options. 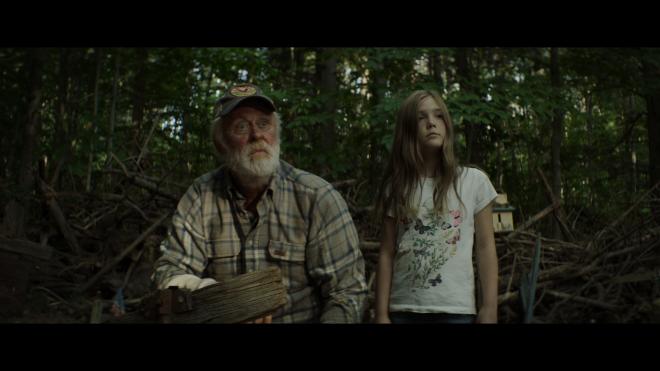 The ground turns sour on Ultra HD thanks to a strong but also somewhat disappointing HEVC H.265 encode, showing a few appreciable improvements, but the overall results are fairly similar to the Blu-ray.

Shot on Arri Alexa cameras capable of up to 3.4K resolution but later mastered to a 2K digital intermediate, the upscaled transfer comes with slightly better definition and clarity in the surrounding foliage and in the threading of clothing. The fur and whiskers of Church are a tad sharper, and background objects throughout the two houses are marginally clearer while the wrinkles and pores of the cast are moderately more distinct. However, the 2160p picture comes with its fair share of mildly soft scenes and some instances of negligible aliasing along the sharpest edges.

More troubling still is a rather wonky contrast balance, which runs a tad hotter than normal in some spots while simultaneously making the stylized photography markedly brighter than the 1080p version. Although whites are strikingly crisper and more intense, specular highlights are not much more dramatic, but they ever so slightly wash some of the finest details, such as the shiny glare off Lithgow's head when waking up on his front lawn. At its best, scenes are spot-on with a pitch-perfect, tighter glow, but those same moments can suddenly appear a tiny bit overblown, such as the birthday party just moments before the tanker truck accident.

As with the HD edition, Laurie Rose's cinematography is moderately subdued and somewhat muted, and the Dolby Vision presentation remains faithful to those intentions, complementing the story with a grayish and neutral appeal. Black levels arguably benefit the most, looking richer and inkier, which is most appreciated during the many poorly-lit interiors and nighttime sequences, providing the 2.39:1 image with a welcomed cinematic quality. On the other hand, the improvement can, at times, be to the detriment of finer background information within the darkest corners or when walking through the pet cemetery at night, occasionally making it difficult to clearly make out the action or distinct features of the background.

The best and most dramatic improvement is the richer and marginally wider color gamut, delivering more vivid, full-bodied primaries than its HD SDR counterpart. The reds of clothing are a more animated rose while blood, such as the dark ruby crimson goo everywhere during Victor Pascow's accident, and blues show better variation. Be that as it may, the greens of grass and leaves are not much different but still accurately rendered. Like the Blu-ray, the rest of the palette is affected somewhat by the filmmakers' visual design, but secondary hues are nonetheless diverse with a bit more pop and improved saturation. Facial complexions are also rosier and appear more natural with lifelike textures. (Dolby Vision Video Rating: 74/100) 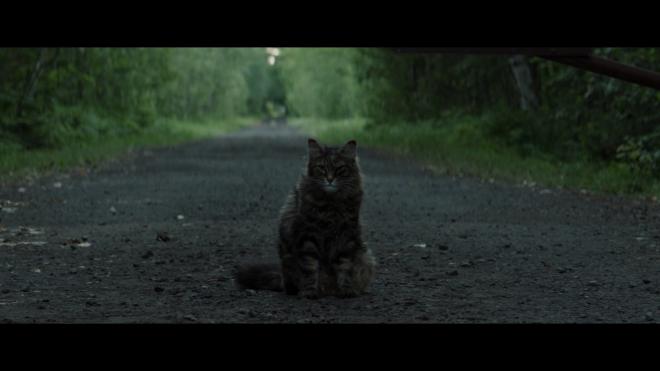 The dead haunt home theaters with an exceptionally creepy and demo-worthy Dolby Atmos soundtrack that's sure to send shivers down a viewer's spine.

One of the best aspects of this object-based design is how nuanced and subtle it is, supplying a good chunk of the runtime with various ambient effects while reserving the louder noises for some well-done hair-raising moments. The rustling of leaves, the singing of birds, the chirping of crickets or the howling of the wind spread throughout the surrounds and above the listening area, creating a highly satisfying and immersive environ. The most dramatic and impressive moments are during Rachel's scary visions of her sister, who can be heard crawling and stomping across the ceiling. Generating an awesomely eerie, hemispheric soundfield, it is an awesome listen, as every thump and creak of the wood distinctly move through the overheads.

Being a dialogue-heavy horror flick, much of the creepy action is sustained on screen with lots of background activity and convincing off-screen movement through the three front channels and front heights. Imaging continuously feels spacious and expansive with distinct clarity and superb definition in the mid-range, exhibiting superb detailing and separation during the loudest, ear-piercing segments. The intensely engaging half-dome wall of sound also delivers precise, intelligible vocals, displaying excellent inflection and emotive intonation, even in the whispered, more intimate conversations. The low-end isn't particularly noteworthy or standout, but it is nonetheless appreciably powerful and robust, providing a palpable weight that hits below 30Hz in a couple spots (bass charts). (Dolby Atmos Audio Rating: 96/100) 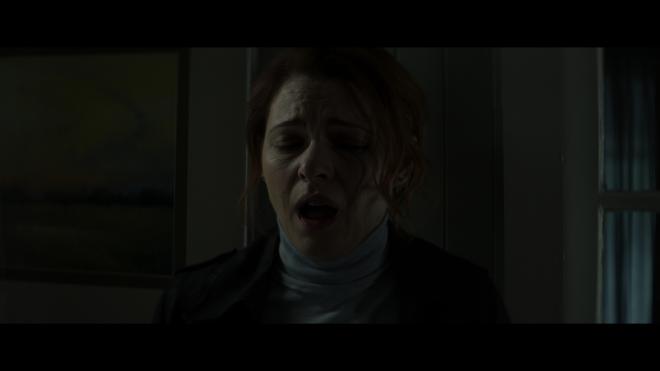 The bonus material is only available on the accompanying Blu-ray disc. 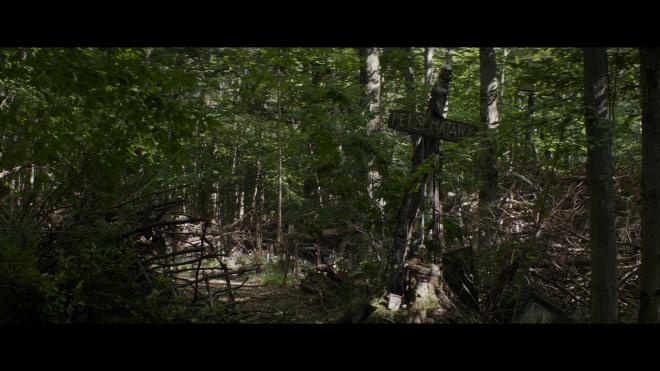 A mix of a contemporary adaptation of the classic Stephen King novel and a remake of the 1989 horror film, Pet Sematary ultimately fails to produce any genuine scares or engage audiences with sincere characters worth sympathizing for. Despite the production coming with a few admirable aspects, this horror feature is dead on arrival. The film rises from its Ultra HD grave with a strong 4K Dolby Vision presentation but doesn't provide a noteworthy improvement over its Blu-ray counterpart. Haunting home theaters with an exceptional, demo-worthy Dolby Atmos soundtrack and a decent set of bonus features, the overall UHD package is nonetheless worth a look for fans of the movie and loyal King followers.

Sale Price 18.99
List Price 25.99
Buy Now
3rd Party 2.92
In Stock.
See what people are saying about this story or others
See Comments in Forum
Previous Next
Pre-Orders
Tomorrow's latest releases