Although starting to lose some of its steam after three decades, Stephen King's Pet Sematary nonetheless remains a darkly creepy fairytale about family grief and trauma. Paramount Studios celebrates the cult horror classic's 30th Anniversary on Ultra HD with a lovely Dolby Vision HDR presentation, the same DTS-HD MA soundtrack as before, and a trio of new bonuses, making the overall UHD package Recommended.

Being a big Stephen King fan and loving the novel prior to the film's release, I recall thoroughly enjoying Pet Sematary at theaters, which shortly thereafter became a traditional Halloween watch in my household. The book, itself, is a personal favorite, close to my heart for playing an integral role in helping me improve my English skills when I was younger. (The Shining, Carrie and IT also assisted me in that respect.) The original novel still delivers the goods and hasn't faded in the slightest, but sadly, the 1989 adaptation doesn't appear to be aging well although it isn't any worse for wear either. I can't help but feel director Mary Lambert's approach to the material is a missed opportunity to demonstrate the creative mind promised by her work in the music video business. There are a few good moments of spookiness which are fun, but the film is ultimately not the fright-fest it once was. Nevertheless, thirty years later, I still enjoy this cult horror favorite. 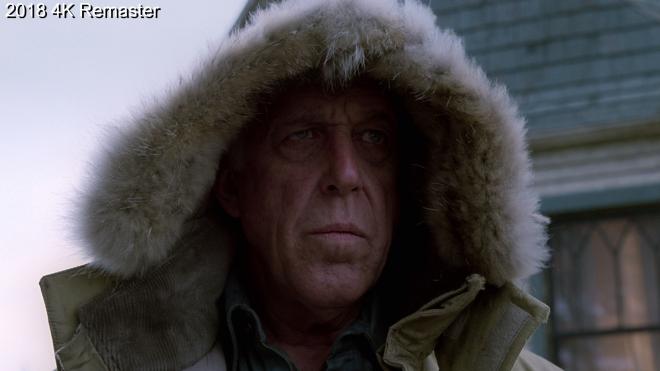 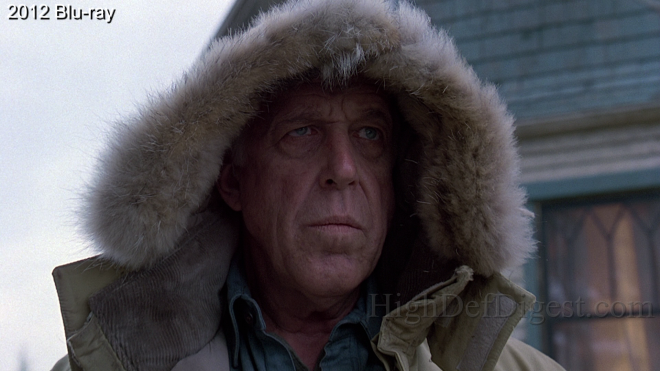 For a more in-depth take on Stephen King's Pet Sematary, check out our original Blu-ray review written back in 2012.

Paramount Home Entertainment brings Stephen King's Pet Sematary to Ultra HD Blu-ray as a two-disc combo pack with a flyer for a Digital Copy. When redeeming said code via paramountmovies.com or VUDU, users have access to the HD digital version in Dolby Stereo. The dual-layered UHD66 disc sits comfortably opposite a Region Free, BD50 disc. Both are housed inside a black, eco-vortex case with an embossed slipcover, and the accompanying Blu-ray appears to feature the new remaster. At startup, viewers are taken directly to a static menu screen with the usual options along the bottom. 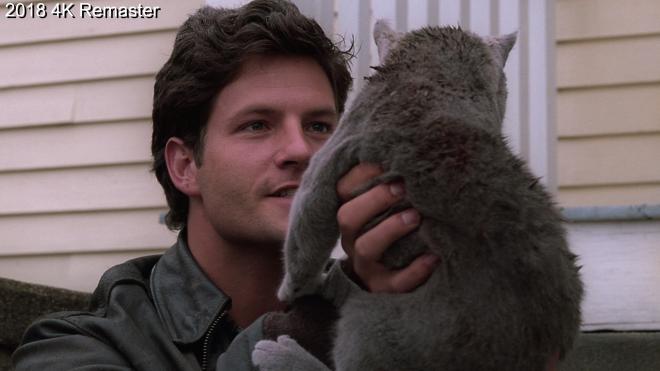 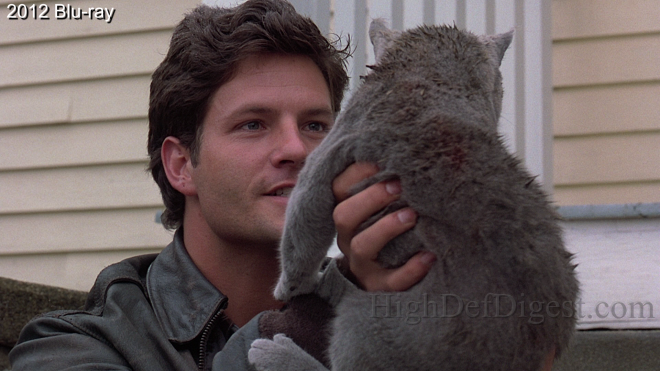 To celebrate thirty years of scares, Paramount Studios has exhumed the corpse of the original camera negatives and granted the beloved adaptation to rise from the old Indian burial ground with a fresh, new remaster. King's now-classic supernatural tale haunts the home of Ultra HD with a beautiful and occasionally gorgeous HEVC H.265 encode, showing a notable upgrade in overall definition. Fine lines and objects in the surrounding foliage and clothing are sharper, and there is better visibility of background information, minor as it might seem in some areas. However, the 4K transfer noticeably wavers with several blurry sequences, particularly during the optical effects, though thankfully, it's not as egregious or distracting as what was seen on the Blu-ray version. In fact, the new 1.78:1 image is awash in an ultra-fine layer of grain, providing it with a welcomed film-like quality fans will greatly appreciate.

The real benefit in reanimating this cult horror favorite comes by way of a vastly improved contrast and brightness balance. The 2160p video is brighter with crisper, more radiant whites, which is most apparent during daylight exteriors while various light fixtures have a tighter, narrower glow that allows for better detailing within the hottest areas. The same goes for specular highlights, providing a dramatically brilliant twinkle in eyes, gooey thick blood, and along the edges of clouds and metallic surfaces. Black levels, too, are richer and more opulent with stronger, silkier shadows and excellent visibility within the darkest, murkiest corners.

The Dolby Vision HDR presentation also gives the color palette a mild but nonetheless welcomed boost but not by a significant difference, which has more to do with the creative intentions of the filmmakers than any issues the encode. Although Peter Stein's cinematography is deliberately drab and near monochromatic, likely to better reflect the subject matter, the reds and blues of the trucks benefit the most, enjoying a generous animated pop while blood is now a darker, fuller crimson shade. The secondary hues don't always appear to make much of a jump, remaining relatively the same and somewhat limited, but the 4K transfer nonetheless shows some nuanced, detectable enhancements in several areas. Facial complexions are more revealing with a slightly peachier rosiness in the cast, yet flesh tones can often appear pale and flushed in many scenes. (Dolby Vision Video Rating: 84/100) 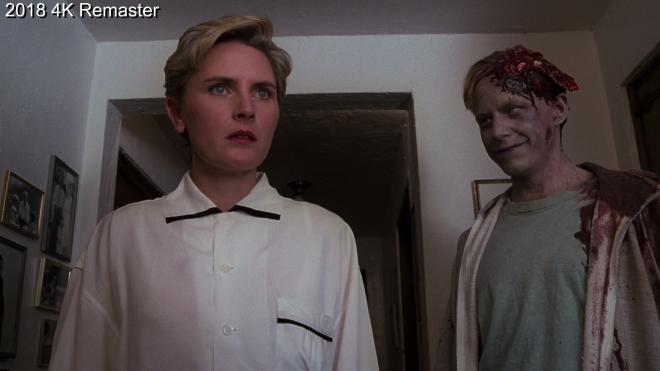 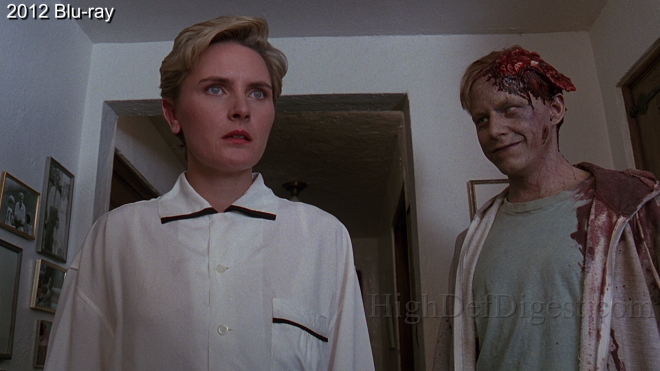 Unlike the video, Paramount Studios opted to port over what seems like the same DTS-HD Master Audio 5.1 soundtrack enjoyed on the previous Blu-ray, which is fine, even though a new object-based track might have been an appreciated improvement. In either case, the track remains a strong audio presentation with a sharp and expansive mid-range, delivering excellent clarity and fidelity in the upper frequencies. The lossless mix displays a broader, more engaging soundstage as various background activity smoothly moves across all three front channels with distinct, well-prioritized dialogue reproduction and an adequately responsive low-end. The design also does splendidly well when applying an AV Receiver's Dolby Surround or DTS: Neural:X up-mixing functionality, employing the rears to brilliant effectiveness and convincingly spreading many atmospherics into the overheads. The mix enjoys better, impressive directionality, as effects fluidly pan throughout the room to create a more satisfying, enveloping soundfield.

For more on the audio, you can read our review of the standard Blu-ray HERE. (Audio Rating: 80/100) 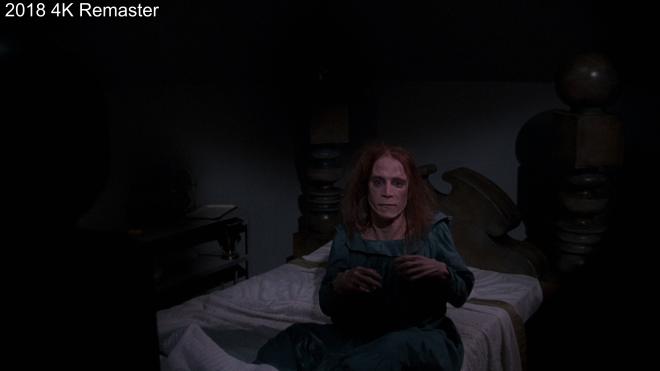 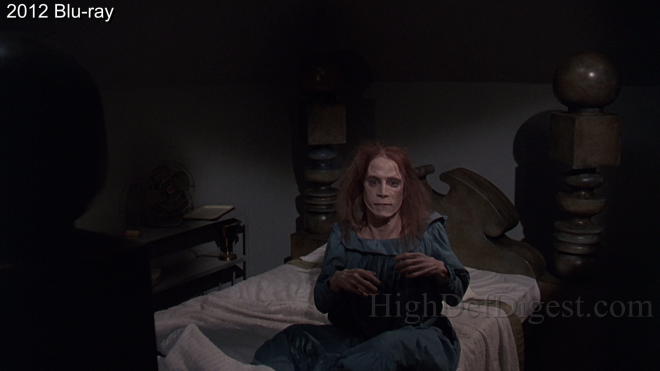 Tempting fans to upgrade their previous Blu-ray, Paramount offers a new set of supplements on the Ultra HD along with the legacy assortment on the accompanying BD disc.

Mary Lambert's adaptation of Stephen King's Pet Sematary is a creepy tale about bringing back the dead thanks to an ancient Indian burial ground. In book form, King's darkly frightening fairytale remains scarily effective, but the film adaptation is starting to lose some of its steam outside of nostalgia and is best enjoyed for its study of family grief, as well as for the performances. To celebrate its 30th Anniversary on Ultra HD, Paramount Studios reanimated the cult horror favorite with a lovely Dolby Vision HDR presentation that makes its HD SDR counterpart deathly pale by comparison, accompanied by the same DTS-HD MA 5.1 soundtrack as the Blu-ray. The same set of supplements are joined by a trio of new bonuses, making the overall UHD package recommended for fans wanting an excellent upgrade.

Sale Price 20.25
List Price 25.99
Buy Now
3rd Party 39.99
In Stock.
See what people are saying about this story or others
See Comments in Forum
Previous Next
Pre-Orders
Tomorrow's latest releases