Fast & Furious is the fourth installment that revamps the franchise with the sort of convoluted action and melodramatic plot fans have come to love about the series. The first true sequel to the original movie races to the Ultra HD border with a good-looking 4K HDR10 presentation, an excellent DTS:X soundtrack but the same supplements as before. Nevertheless, the overall UHD is Recommended.

In the opening action sequence of Fast & Furious, director Justin Lin and writer Chris Morgan make a few things abundantly clear. Not only do we see the return of Vin Diesel as Dominic Toretto and Michelle Rodriguez as Letty Ortiz, but this fourth installment bombastically launches the series in a different direction, driving head-on into absurdist action and impossibly bonkers stunts the moment Dom skids beneath a burning fuel tanker rolling downhill. After briefly connecting Han (Sung Kang) and Tokyo Drift to this movie, the story shifts into melodramatic gear with a tragedy that also sees Jordana Brewster and Paul Walker reprising their roles as Mia and Brian, the latter of which is now working for the FBI investigating drug lord Arturo Braga (John Ortiz). And finally, this is the entry that initially modifies the franchise from street racing subculture to the more traditional car actioner, except with weighty plots that add depth to character motivations while leaving plenty of room for insanely crazy action. 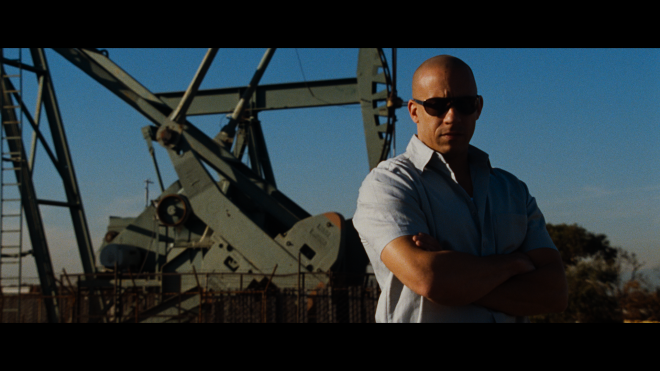 Universal Studios Home Entertainment brings Fast & Furious to 4K Ultra HD Blu-ray as a two-disc combo pack with a Digital Copy code. When redeeming said code via Universal's website or Movies Anywhere, users have access to the 4K HDR10 version with Dolby Digital Plus 5.1 audio on various streaming platforms, except VUDU, which offers the 1080p HDX with legacy Dolby Digital. The dual-layered UHD66 disc sits comfortably opposite a Region Free, BD50 disc inside a black, eco-elite case with a slipcover. At startup, the disc goes straight to a static screen with the usual options along the bottom and music playing in the background. 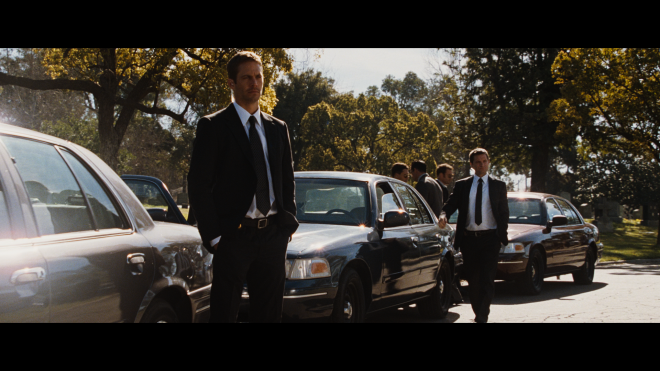 The fourth installment makes a run to the Ultra HD border with a good-looking HEVC H.265 encode, smuggling in a few nice mods and enhancements to an already stellar Blu-ray. Admittedly, the upscaled transfer, struck from a 2K digital intermediate, isn't a leaps and bounds upgrade, clocking in at about same the speed as other franchise entries on UHD. Nevertheless, it shows a small uptick, particularly during daylight sequences. Racing into home theaters with better definition, viewers can make out the small details, minor scratches and trivial imperfections in each vehicle and city streets, and facial complexions are highly revealing with lifelike textures, exposing pores, wrinkles, and negligible blemishes during close-ups. It also comes with its fair share of noticeably soft and poorly-resolved sequences, most notably at night and the many wide aerial shots of the city skyline.

Still, the source appears to be in great shape with strong contrast levels. Comparatively speaking, however, the 4K video isn't rewarded with a significant boost even though whites are slightly crisper and more brilliant in some areas, like the clothing or various light fixtures. The same goes for specular highlights where the hottest spots display a tighter glow in the explosions, headlights, and sunshine glistening in the chrome trim, but it's not major jump. Likewise, the color palette doesn't show a dramatic increase, looking fairly to similar to is HD SDR counterpart, but the HDR10 presentation nonetheless flaunts slightly richer and fuller primaries. Amir Mokri's stylized cinematography is mostly limited to heavy earth tones, varied amber browns, and warm golden yellows. Blacks offer the most improvement with inkier, silkier shadows, but the overall picture is also darker with generally average delineation within the darkest corners.

All in all, the transfer is bathed in a thin layer of natural grain, providing the 2.39:1 image with a lovely film-like quality that fans will appreciate. (HDR10 Video Rating: 68/100) 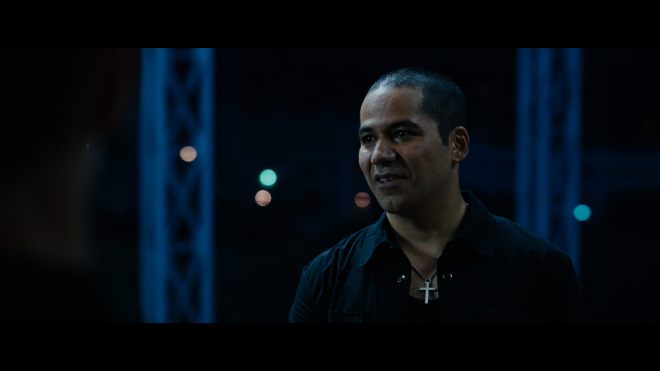 In a surprising shock twist, the fourth installment furiously roars into home theaters with an excellent DTS:X soundtrack that while boasting a couple welcomed mods, it isn't quite the turbo-charged upgrade over the DTS-HD version we've come to expect from the franchise. Don't get me wrong, the design remains a great listen with a couple enveloping enhancements across the ceiling channels, mostly coming from the sounds of engines echoing all around or the music reverberating to the speakers. One scene with a helicopter also fluidly pans from behind to the front overhead, and the rumbling of rocks come crumbling from above. However, these moments are very far and few in between and honestly, fail to generate a satisfying hemispheric soundfield. Instead, this object-based option is more in line with it lossless predecessor, employing the sides and rears more convincingly with various atmospherics.

More of the leg work is frankly performed by the front soundstage, layering the visuals with lots of background activity and outstanding balance. Imaging continuously feels broad and spacious as a few ambient effects very lightly bleed into the top heights while exhibiting a clean, detailed mid-range, allowing for every crunch of metal on metal to be distinctly heard. However, the selection of hip-hop tunes better enjoys the extra-breathing room, displaying superb, room-penetrating clarity and appreciable warmth. Amid the vehicular mayhem, the dialogue is always precise and very well-prioritized during the loudest, ear-piercing moments. The low-end, on the other hand, remains about the same, which isn't bad, as it still provides the action and cars with a weighty, growling presence. Only, it's not as demanding or robust as the audio tracks of the other movies in the series. (DTS:X Audio Rating: 80/100) 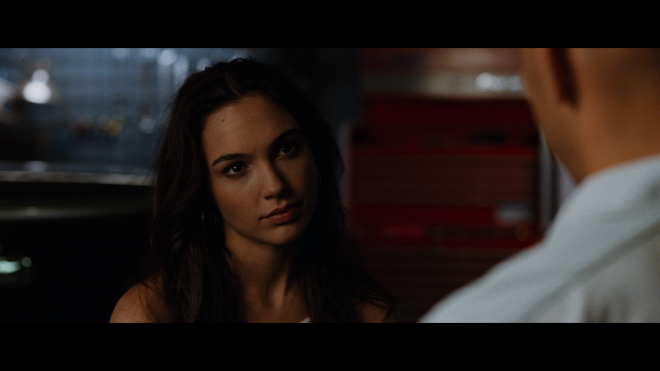 The same bonus material is recycled for this UHD and available on the accompanying Blu-ray. 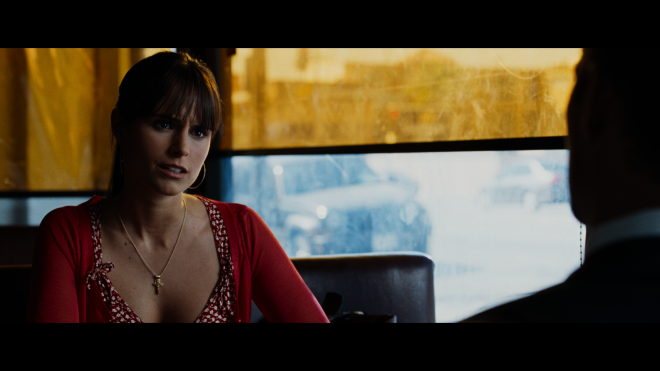 As the fourth installment in the series, Fast & Furious not only brings the gang back together to its stock formula involving fast cars, convoluted action, and a plot motivated by a devotion to family, but it is also the first step in becoming a genuine film serial that slowly expands into a larger car-themed universe. The first true sequel to the original movie wildly races to Ultra HD with a good-looking 4K HDR10 presentation that just squeaks out a win over its Blu-ray rival with a few welcomed enhancements and an excellent DTS:X soundtrack under the hood. Porting over the same supplements as before, the overall UHD is nonetheless recommended.

Sale Price 18.99
List Price 29.98
Buy Now
3rd Party 14.05
In Stock.
See what people are saying about this story or others
See Comments in Forum
Previous Next
Pre-Orders
Tomorrow's latest releases