Peter Bogdanovich’s blistering drama The Last Picture Show about the slow death of a rural texas town finally comes to 4K Ultra HD Blu-ray exclusive to the Columbia Classics 4K Ultra HD Collection Vol 3 set. Starring Timothy Bottoms, Jeff Bridges, and Cybill Shepherd, with Oscar-winning turns from Ben Johnson and Cloris Leachman this film may be a somber affair but it's an incredible experience nonetheless. For this three-disc set, Sony issues both the Theatrical and Bogdanovich's Definitive Director’s Cut on 4K Ultra HD each with a gorgeous black and white Dolby Vision transfer, excellent audio, and a terrific collection of bonus features. Highly Recommended.

“Bein' crazy about a woman like that is always the right thing to do!”

In Anarene, Texas, the town is already dead but the people living there just haven’t accepted it or moved on. One by one, once busy storefronts and restaurants rest dust-covered and derelict. All but the pool hall, cafe, and movie theater owned by local fixture Sam (Ben Johnson) have shuttered for good. Local boys and best friends Sonny (Timothy Bottoms) and Duane (Jeff Bridges) are finishing their last year of high school. As much as they’re trying to figure out what to do next with their lives, they’re trying to figure out what to do with their free time. Duane is dating local beauty Jacy (Cybill Shepherd) but her need to marry up in life hinders their relationship. While Sonny struggles with local girls his own age, he’s sparked an unconventional romance with Ruth (Cloris Leachman) the wife of his football coach. As the summer drags on and the dust claims more of their once-thriving oil town, Sonny and Duane will have to come to terms with the futility of staying home and the frailty of their friendship.

It’s films like the late Peter Bogdanovich’s The Last Picture Show where I am simply stymied trying to write anything meaningful about it that hasn’t been said by better writers already. I'll do my best. Released in 1971, Bogdanovich perfectly captures a town in decline at a specific point in time in American history. The era of the Greatest Generation is coming to a close with no one left to keep the town alive. The economy, war, and the greater opportunity of the American dream have left Anarene behind. It’s a somber meditative film that traverses a range of themes and ideas. It’s simply a magnificent piece of work that is just stunning every time I see it. But I can’t watch it all that often.

This is one of those genuine “once-a-decade” films for me. I can count on one hand how many times I’ve seen this film and I don’t need all the digits to do so. With the amazing performance from the younger cast members and veterans like Ben Johnson, a particularly creepy turn from Clu Gulager, and a tellingly tragic turn from Ellen Burstyn, the film is far from being a joyful experience to sit down to. I know plenty of people who actively hate this film because they simply can’t take how bleak it all is. And I understand that it’s not exactly a movie you want to watch when you’re feeling down and need a pickup but it's a film I wouldn't say is completely without hope. You just have to look for it in those small spaces. 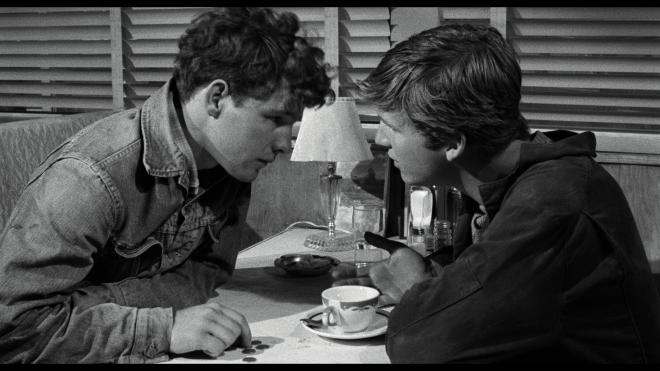 While The Last Picture Show is often a tough watch, but I do find it to be a beautiful film. There are a few contemporary filmmakers out there who like to trade in what I call “tragedy porn” where their work exists for no other reason than to be tragic and sad and depressing and leave you feeling that life just sucks. Those films are Oscar-bait but vapid and pointless. Bogdanovich may not be throwing a hundred jokes a minute, but The Last Picture Show does celebrate happiness. Or at least various characters have moments where they cherish when they were truly happy. Ben Johnson’s speech about his one true love as Sonny and Billy go fishing is one of the best moments and serves as the perfect allegory for the film. Like people, towns live and die, but they lived and those memories are worth celebrating. 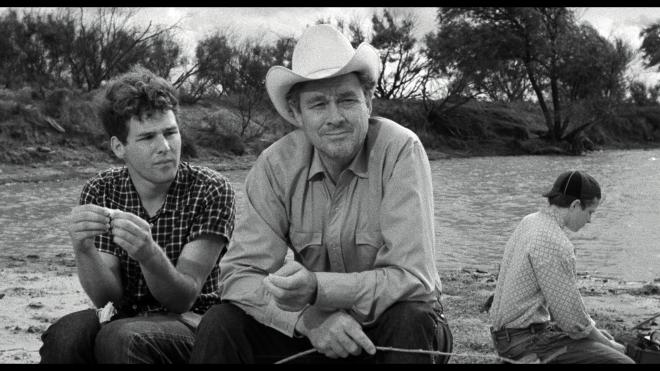 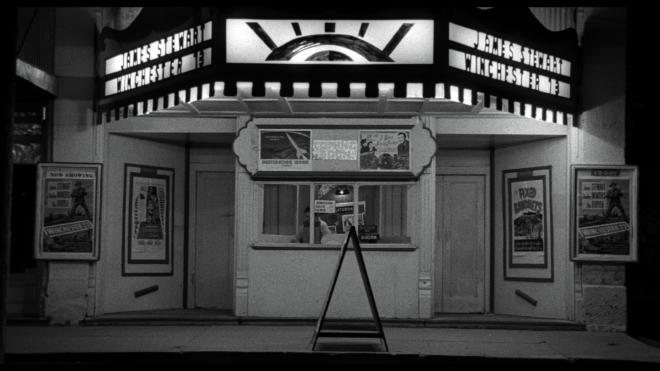 Sony’s Columbia Classics 4K Ultra HD Collection Volume 3 really has a love for the black and white classics! The Last Picture Show previously dropped on Blu-ray in 2010 as part of the 7-Film America Lost and Found: The BBS Story from The Criterion Collection. That was a lovely presentation (my second viewing), but time and technology are on Sony’s side with this new edition and it’s just jaw-droppingly gorgeous. From the opening shot of the town of Anarene, the image is simply stunning bringing that incredible stark Robert Surtees (father of Bruce Surtees who shot Escape From Alcatraz and High Plains Drifter) to life. The gray scale is just phenomenal allowing for a full appreciation of bright whites, deep inky blacks, and all the shadowy shades in between. Details are immaculate with clean lines, facial features, and clothing textures. 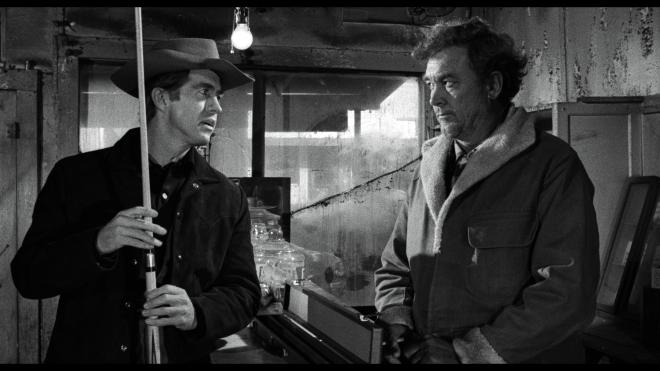 Dolby Vision (and HDR10) perfectly exploits this film’s somber visuals. Whites are brilliantly crisp and clean. Spectral highlights also come through with lovely attention. While the included Blu-ray is quite good and offers its own improvements over the Criterion edition, it just can’t compete with the higher bitrate, cleaner, and more cinematic grain structure. The film is also in immaculate shape. And for those few fleeting moments we get to see John Wayne’s Red River on screen, it makes you hope Criterion has plans to give that film the 4K treatment soon! I can’t imagine this film ever looking better than this. 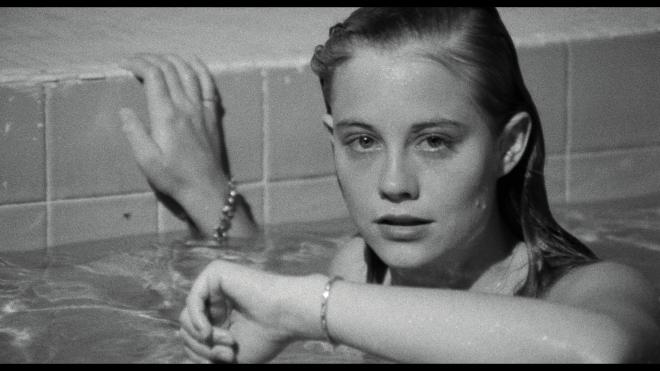 In a break with the other films in the Columbia Classics 4K Ultra HD Collection Volume 3 set, The Last Picture Show comes in with only a single DTS-HD MA 2.0 Mono track. Which is just fine. Even with some of the more active scenes like a particular pool party or school dance, there isn’t a lot of action activity to justify a more aggressive multi-channel track. Most of what you’d hear is the wind howling around the soundscape, which would be fittingly atmospheric, but it wouldn’t do much to benefit the film in 7.1 Dolby Atmos. As it stands, this is a terrific mix allowing for a full appreciation of dialog, sound effects, and the few fleeting moments of music. 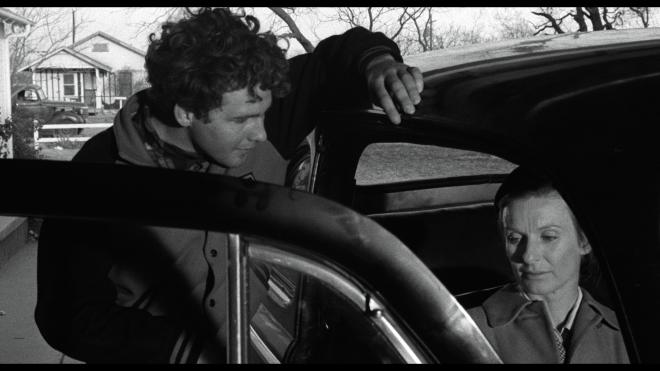 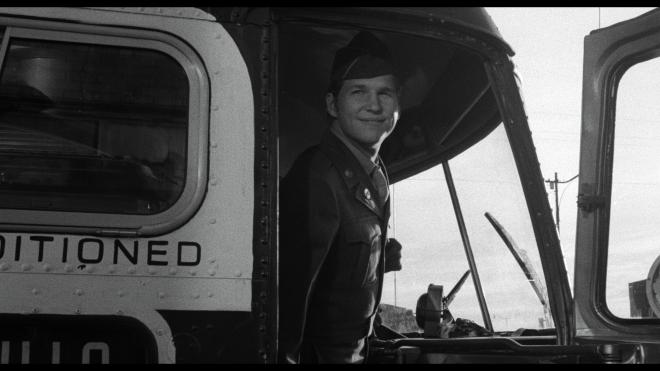 And true to form, Sony gives The Last Picture Show some meaningful and worthwhile bonus features collecting new extras as well as most if not all of the features found with Criterion’s release from 12 years ago. Now my vexation with this set is none of the bonus features - including Bogdanovich’s audio commentary are on either of the 4K discs. It’s the one thing that Sony intermittently does with commentaries that bugs the hell out of me. There’s plenty of room on the disc so I can’t feature why the track didn’t make it over. So it goes. It’s still a solid listen. The rest of the extras offer plenty of in-depth content to soak up. 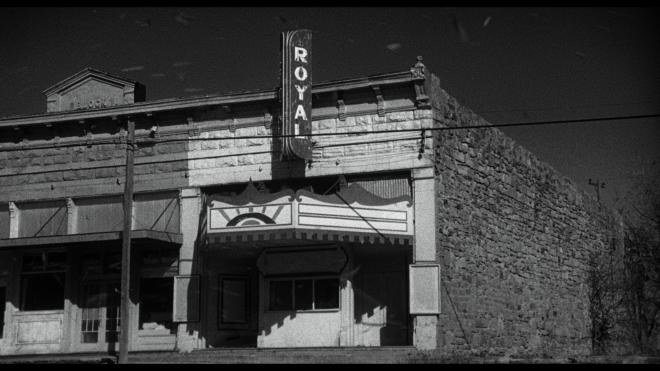 The Last Picture Show isn’t a happy film. It’s stark, bleak, and often tough to watch. While there may not be much happiness to go around, Peter Bogdanovich beautifully captured a real-to-life slice of Americana. With some incredible performances including well-deserved Oscar-winning turns from Ben Johnson and Cloris Leachman. After years on Blu-ray without a solo release, Sony continues this film’s box set-only existence with a genuinely amazing 4K Ultra HD Blu-ray upgrade. Both cuts of the film earn single disc 4K Dolby Vision transfers while the 1080p Blu-ray enjoys its own notable upgrade. With some excellent bonus features to round out this edition, it’s another shining example of what Sony’s Columbia Classics 4K Ultra HD Collection Volume 3 has to offer - but I can understand why some folks hope a solo release is on the horizon. If or when that day comes, keep your eyes out for The Last Picture Show on 4K Ultra HD Blu-ray. Highly Recommended.