Director Robert Mulligan's impeccable adaptation of Harper Lee's classic novel receives a wondrous 4K UHD makeover from Universal. A superb HDR transfer immerses us in the episodes that shape Atticus Finch and his family more fully than ever before and adds even more emotion and resonance to this deeply affecting and supremely important film. Gregory Peck's understated, Oscar-winning portrayal still wields plenty of power and Horton Foote's lyrical script captures the distinct tone of Lee's timeless tale. A brand-new featurette adds fresh perspective and all the extras from the 2012 Blu-ray have been ported over to this 4K UHD release. To Kill a Mockingbird ranks as one of Hollywood's finest literary adaptations and this excellent release appropriately honors it. Must Own.

Some novels are sacred. At a young age, the right book can make an indelible impression, speaking to us on a variety of emotional and intellectual levels, and often the impact remains etched in our consciousness throughout our lives. Catcher in the Rye is one such book, and To Kill a Mockingbird, a work of deceptive simplicity yet far-reaching power, is another. Harper Lee's immortal novel explores with grace and insight such universal topics as racism, coming of age, tolerance, domestic violence, the binding ties of family, and the unique discoveries of youth, and has earned the author a degree of reverence and renown reserved only for the most elite men and women of letters.

The two juvenile characters, six-year-old Scout (the spunky tomboy narrator) and her 10-year-old brother Jem, are among the most recognizable and beloved in American literature, as is their father, the stoic, honorable, courageous, wise, yet tender Atticus Finch, a widowed attorney who passionately defends a black man accused of rape by a white woman in a prejudiced, small-minded Alabama town in the 1930s. And then there's Boo Radley, the mysterious recluse who both fascinates and frightens the neighborhood children. Such a rich array of characters and events coalesce to produce that rare piece of fiction that inspires, educates, and entertains without affectation or conceit. 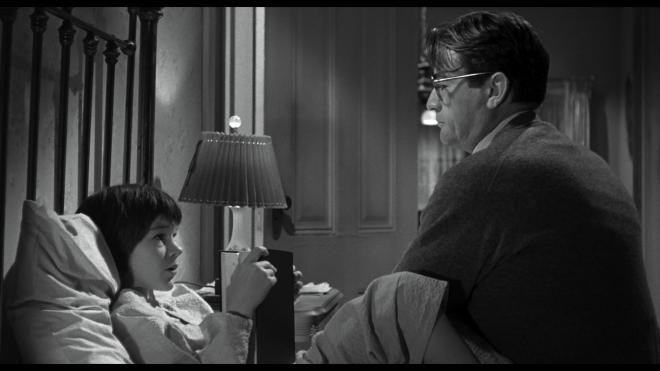 Filming such a book is always, to put it mildly, a tricky endeavor, and the finished product more often than not disappoints the original work's legion of admirers. The 1962 screen adaptation of To Kill a Mockingbird is that rare exception, a movie that humbly honors its source and strives to depict the prose as faithfully as possible. Director Robert Mulligan and writer Horton Foote take great care to express the novel's ideas and themes with a delicate hand, so they gently emanate from the dialogue and characters. We may not be able to identify with all the events, but the spirit and values of those who inhabit the scenario strike several personal chords and touch us deeply. The film weaves such a deft and seductive spell, it's difficult not to become completely invested in the action on screen and feel a part of the family and community that reside there.

To Kill a Mockingbird is all about integrity and restraint. Understatement defined Mulligan's direction throughout his 35-year career, and he's a master at capturing small moments with a minimum of fuss. Lingering on reaction shots for just that extra second or two deepens their meaning and helps lend his stories a languorous quality that mirrors real life. Even scenes of suspense in To Kill a Mockingbird are never overwrought or overplayed. The sequence in which Scout (Mary Badham), Jem (Phillip Alford), and their nerdy friend Dill (John Megna), a character based on the young Truman Capote (a childhood pal of Lee's), attempt to catch a glimpse of Boo Radley (Robert Duvall) by creeping up to his dilapidated home one dark summer night possesses all the elements of a taut thriller, but lacks any fancy tricks or manipulative touches. Likewise, the courtroom scenes exude a sober weight based on thoughtful argument, not wild histrionics. Some might categorize To Kill a Mockingbird as slow and too methodical, but ideas and feelings need time to sink in and percolate, and Mulligan provides us that luxury. 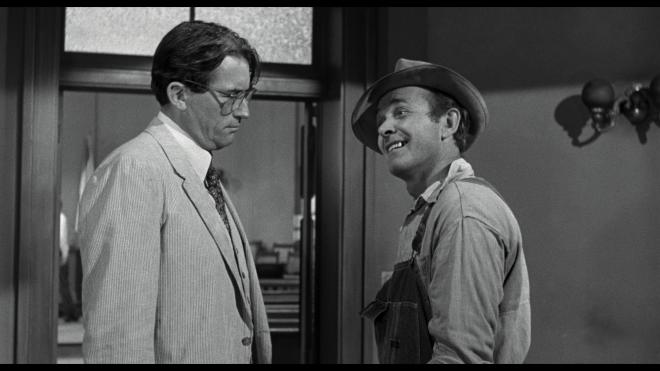 If Mulligan and Foote are the film's heart and mind, then the first-rate cast is its soul. Mention actor Gregory Peck and the first movie that springs to mind is To Kill a Mockingbird. Atticus Finch is such a vital part of Peck, it's sometimes difficult to separate the man from the role. Resolute yet flexible, firm yet understanding, passionate yet controlled, Peck personifies all the pieces of Atticus, and his performance is a marvel. Subtle, controlled, and brimming with texture, it's both finely etched and utterly natural, and justly earned the star a Best Actor Academy Award. (The film also won Oscars for Best Adapted Screenplay and Art Direction, and was nominated for Best Picture, Best Director, Best Supporting Actress, and Best Score.)

Of course, much of To Kill a Mockingbird hinges on the children. The story is seen through their wide eyes, and their intrepid explorations, small yet meaningful discoveries, gradual maturation, and an ardent desire to understand the complexities of the adult world frame the film. Unaffected portrayals are essential to maintain the slice-of-life realism, and all the juveniles comply. Their expressive faces always register the right amount of emotion, and their bickering, bonding, and thoughtful reflection never seem forced. In addition, Brock Peters as the wrongly accused Tom Robinson rips our guts out with a deeply moving portrayal, and Duvall, in his film debut, is achingly sincere as the gentle giant Boo Radley. Without the benefit of a single line, Duvall plays the picture's most difficult role, conveying an enormous range of feelings and providing perfectly pitched closure to a richly woven tale. 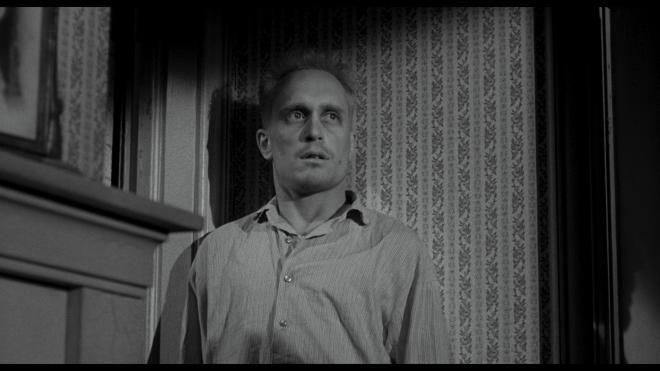 To Kill a Mockingbird is that rare literary adaptation that doesn't demean its source. The book, of course, still reigns supreme, but with reverence and perception, Mulligan's film captures its flavor as it explores a tapestry of potent themes. At its most basic level, it's a simple portrait of a middle-class family in a small Southern town. Some of the circumstances they confront are extraordinary, others mundane. Sage advice is dispensed, mischief is made, and relationships change and deepen. The best and worst of mankind are exposed, as characters both overcome and succumb to fear, vengeance, and prejudice. As Atticus says, it's a sin to kill a mockingbird, and this great movie makes us appreciate the small and big moments of life, and how both can impact us equally. It's truly one of the most human films ever made.

Vital Disc Stats: The 4K UHD Blu-ray
The 4K UHD edition of To Kill a Mockingbird comes packaged in a standard case inside a sleeve with raised lettering. A Blu-ray disc that houses a 1080p version of the film and a leaflet containing the Movies Anywhere digital code are tucked inside the front cover. Video codec is 2160p/HEVC H.265 with HDR and audio is DTS-HD Master Audio 5.1 track. Once the disc is inserted into the player, the full-motion menu with music immediately pops up; no previews or promos precede it. 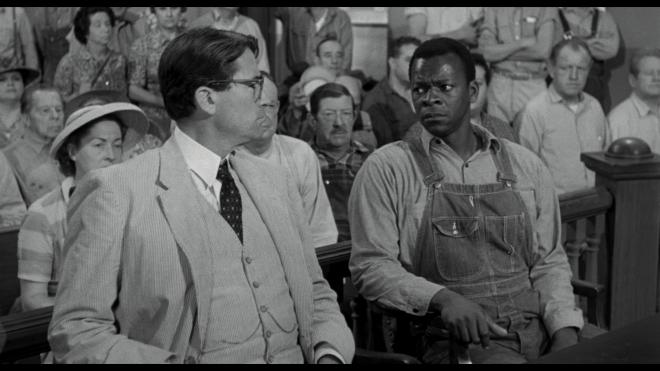 This terrific 2160p/HEVC H.265 transfer with HDR seems to have been struck from the same master as the 2012 Blu-ray, and that's not at all a bad thing. The 1080p rendering of To Kill a Mockingbird, which is included on a separate disc in this release, is uniformly excellent, but this 4K UHD transfer kicks everything up a notch and becomes the definitive presentation of this beloved film. The heightened clarity and contrast are instantly evident in the close-ups of the various objects in Scout's keepsake box. The details in the crayons, pocket watch, reflective marbles, and beads are distinct and dimensional, and once the action begins, so are the ridges and divots of tree bark, the seersucker pinstripes on Atticus's jacket, and the grain on wood panels.

Speaking of grain, it's still in evidence, but the amped-up sharpness doesn't make it more noticeable. The faint texture not only lends the picture a lovely film-like appearance, but it also enhances the narrative's nostalgic feel and hot, dusty atmosphere of the fictional town of Maycomb, Alabama. Black levels are richer, whites are brighter and better defined, and the finer gradations of gray in this 4K UHD transfer produce a greater sense of depth and more discernible background elements. Shadow delineation is also stronger, especially during nocturnal scenes. Just a bit more illumination reveals tiny bits of detail that were shrouded before. 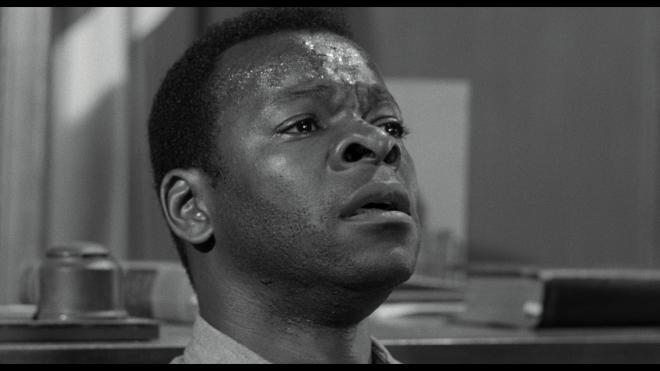 Like everything else, close-ups are crisper, too. The stubble, glistening sweat, and tears on Peters' face, Duvall's hollow eyes, and Peck's intense glares all make more palpable impressions. The same scenes that exhibit softness on the Blu-ray exhibit softness here as well, but the instances are rare and brief, and the practically spotless print holds us spellbound throughout.

Though the differences between the 4K UHD and Blu-ray transfers aren't monumental, the subtle improvements are substantial enough to make this 2160p effort worthy of an upgrade if you're a fan of the film. 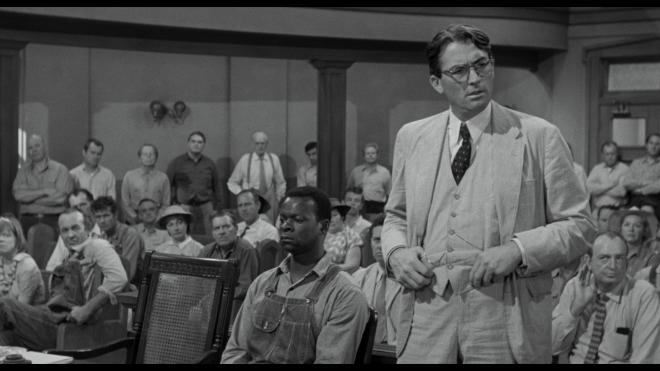 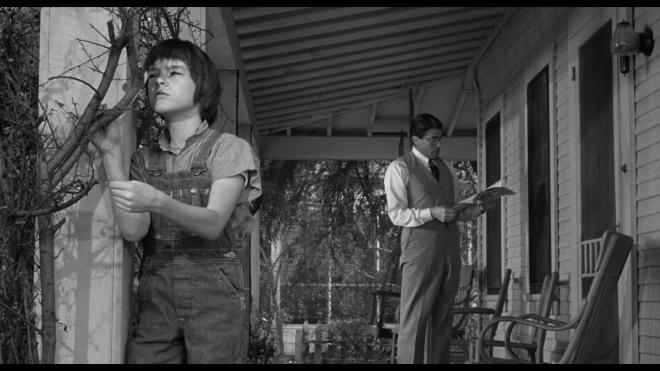 No Atmos upgrade for this film classic, but frankly, the format's enhancements wouldn't impact this largely sedate movie. Here's my review of the DTS-HD Master Audio 5.1 track from the 2012 Blu-ray that's been ported over to this 4K UHD release:

"The DTS-HD Master Audio 5.1 track supplies clear, nicely nuanced sound that subtly complements this quiet film. Any age-related imperfections, such as hiss, pops, and crackles, have been erased, allowing us to appreciate the many instances of clean silence that add power and impact to several scenes. Surround activity is limited, but Elmer Bernstein's unobtrusive music score fills the room with pure tones and lovely tonal depth. Stereo separation up front is also delicately mixed, with atmospherics, such as chirping birds and rustling leaves, enjoying fine presence.

Dialogue is always well prioritized, but some of the townsfolk and children possess enough of a Southern twang and lazy drawl to make some exchanges difficult to comprehend. Effects are also distinct, and broad dynamic range allows the track to put forth solid audio without any distortion or stress. This isn't a flashy presentation, but it serves the film well, and its invisibility is one of its major strengths." 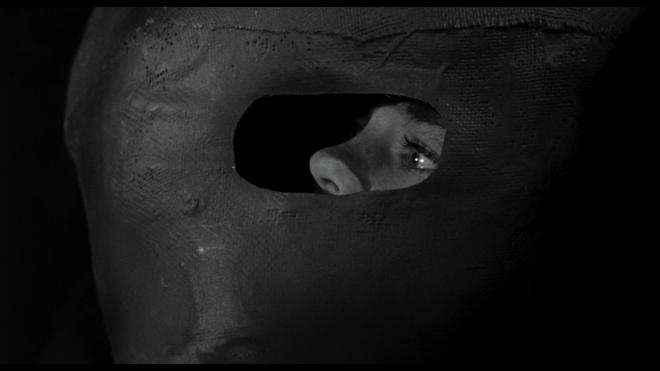 One new featurette spices up this 4K UHD edition, which also ports over the entire hefty supplemental package from the 2012 Blu-ray release. 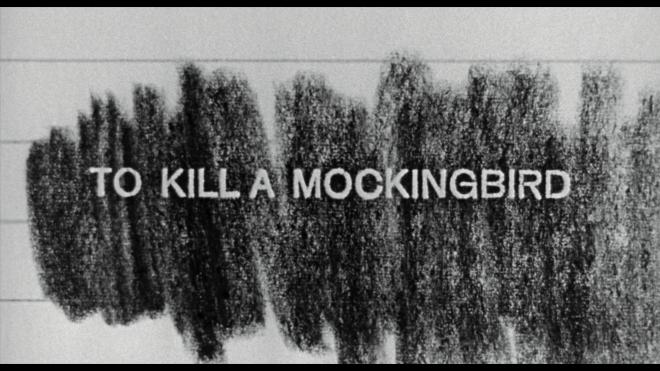 To Kill a Mockingbird may be 60 years old, but it looks spectacular in 4K UHD. Universal's impeccable HDR transfer heightens the intimate nature of Harper Lee's timeless story and the raw emotions and potent themes coursing through it. Excellent audio, a new featurette, and all the extras from the 2012 Blu-ray add to the appeal of this top-notch presentation of one of the all-time great American films. Though the UHD enhancements are slight, the noticeable uptick in picture quality makes this edition worthy of an upgrade for fans...and if you've never seen this understated, moving, and inspiring movie, now is the time. Must Own.