While this flick wasn't everyone's favorite trip back to the 80s - the 4K UHD Blu-ray release looks to be hitting the market March 22nd in the UK according to Zavvi. Since that's a Monday and US releases hit on a Tuesday, it's a safe guess that WW1984 will be arriving in the U.S. on the 23rd or damn close to that date. We don't know the final specs for this release, HDR, Dolby Vision, or if it'll even have an Atmos audio mix or not. The HBOMax presentation had Dolby Vision and Atmos, so we'd be very surprised if the 4K UHD Disc didn't include those specs.

Zavvi has a pair of releases to offer fans of the film - if you are one - available for pre-order: 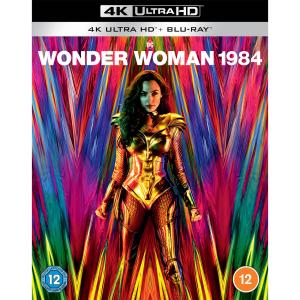 or - Wonder Woman 1984 Exclusive with Figurine 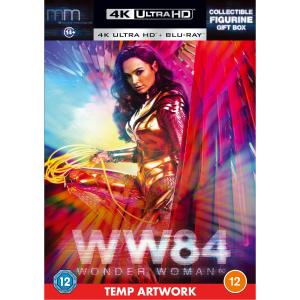 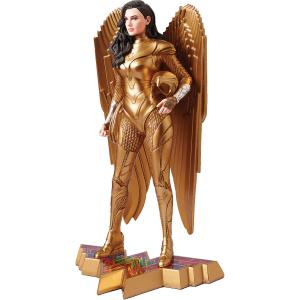 For the price of the Exclusive with figurine, I hope that's a Hot Toys 1/6 figure or a damn impressive sculpt and scale! $229.99 seems a bit much if it's just a tiny little figure.

Since this movie has yet to be announced on home video for the North American market, we don't know if that figure release will come this way, but considering previous DCEU releases - or just any big movie release in general, we're pretty sure a SteelBook will probably be available from Best Buy. As we hear new news we'll update this article with details and pre-order info.

Here's the list of bonus features according to the listing from Zavvi: