If you were planning on picking up The Criterion Collection's release of Uncut Gems on Blu-ray on October 26th, you're going to have to wait a month because it's getting a 4K Ultra HD Blu-ray upgrade! 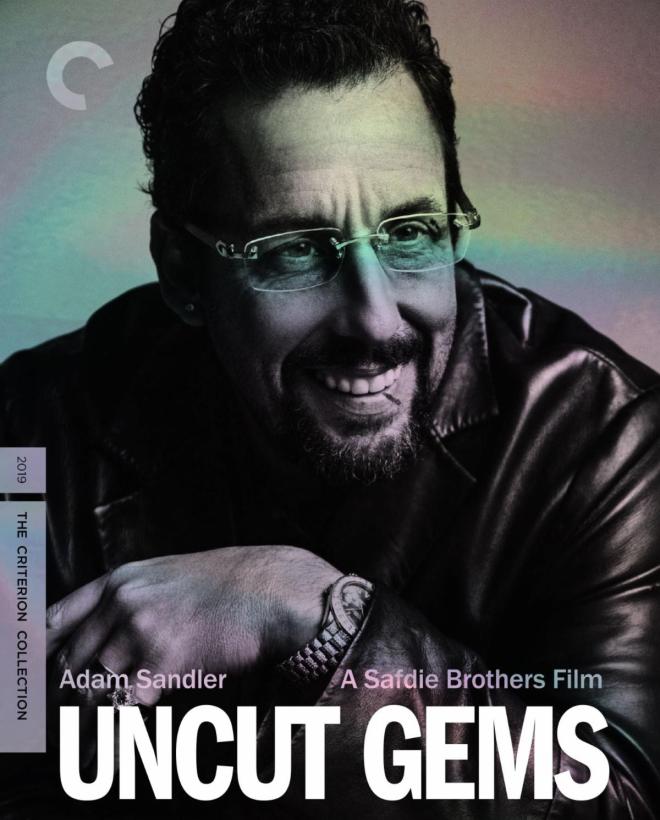 This release features a 4K transfer with Dolby Vision HDR and a Dolby Atmos audio mix approved by the Safdie Brothers. Of course, the standard Blu-ray release is still happening, but why would you get that when you can enjoy this full 4K release instead?

Here's a list of disc specs and bonus features:

DIRECTOR-APPROVED SPECIAL EDITION FEATURES
• 4K digital transfer, approved by writer-directors Josh and Benny Safdie, with Dolby Atmos soundtrack on the 4K UHD and Blu-ray editions
• In the 4K UHD edition: One 4K UHD disc of the film presented in Dolby Vision HDR and one Blu-ray with the film and special features
• Audio commentary from 2019 featuring the Safdies, writer and editor Ronald Bronstein, and producer Sebastian Bear-McClard
• New interviews with cinematographer Darius Khondji, costume designer Miyako Bellizzi, production designer Sam Lisenco, and casting director Jennifer Venditti
• Documentaries from 2019 and 2020 on the making of the film and soundtrack
• Screen test featuring actors Adam Sandler and Julia Fox
• Goldman v Silverman, a 2020 short film by the Safdies, featuring Sandler and Benny Safdie
• “Question & Answer,” a 2020 short film featuring the Safdies, Sandler, actor Jason Bateman, and comedy writer Megan Amram
• Audition tapes
• Deleted and extended scenes, including a full performance of “The Morning” by The Weeknd
• Trailers
• English subtitles for the deaf and hard of hearing
• PLUS: An essay by film critic J. Hoberman and, for the 4K UHD and Blu-ray editions, a 2020 discussion of the film by the editorial staff of Jewish Currents magazine