Excited for the new Space Jam movie? Well, it's about time to revisit the classic original. Michael Jordan and Buggs Bunny team up for the ultimate intergalactic pickup game - Space Jam to celebrate its 25th Anniversary on 4K Ultra HD Blu-ray. 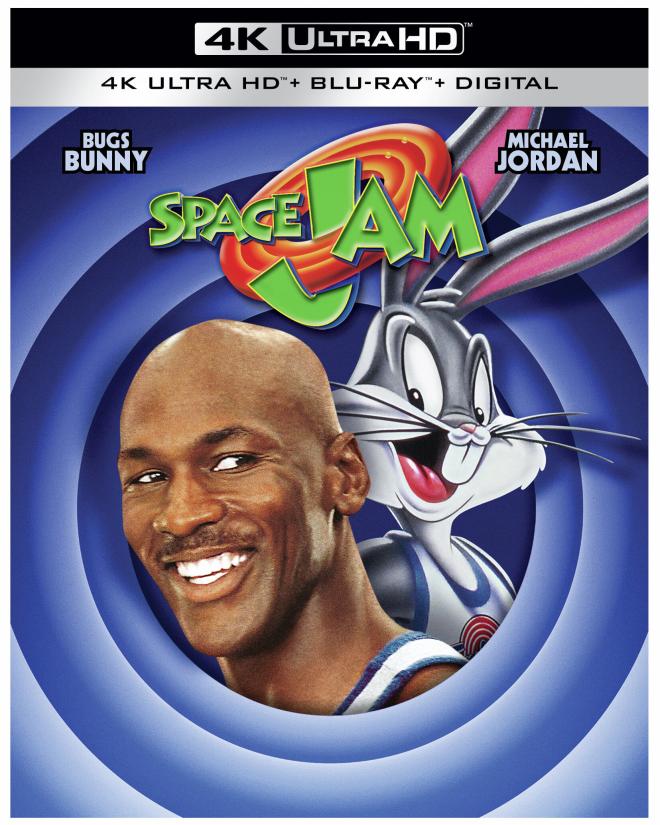 This one isn't up for pre-order yet - as soon as it is we'll update our listing.

CELEBRATING ITS 25TH ANNIVERSARY, THE MUCH-LOVED FILM WILL BE AVAILABLE FOR THE FIRST TIME IN 4K RESOLUTION WITH HIGH DYNAMIC RANGE (HDR)

Own it July 6th on 4K Ultra HD and Digital

Burbank, Calif., May 11, 2021 – To celebrate the 25th anniversary of the beloved classic, Warner Bros. Home Entertainment announced today that the perennial family film Space Jam will be released on Ultra HD Blu-ray Combo Pack and Digital on July 6th.

On July 6th, Space Jam 4K UHD will be available to own for streaming and download to watch anywhere in high definition and standard definition on favorite devices from select digital retailers including GooglePlay, Vudu, Xbox and others, and will be made available digitally on Video On Demand services from cable and satellite providers, and on select gaming consoles.

*Digital movies or TV episodes allow fans to watch a digital version of their movie or TV show anywhere, on their favorite devices. Digital movies or TV episodes are included with the purchase of specially marked Blu-ray discs. With digital, consumers are able to instantly stream and download movies and TV shows to TVs, computers, tablets and smartphones through retail services. For more information on compatible devices and services go to wb.com/digitalmoviefaq. Consult a digital retailer for details and requirements and for a list of digital-compatible devices.