We kinda already knew this was coming, it was briefly up for pre-order on Amazon before it was taken down. Now Paramount makes it official - Scream is coming 4K Ultra HD Blu-ray to celebrate its 25th Anniversary. The film set the bar for an entire generation of slasher films on top of three sequels and a new film coming in 2022 from directors Matt Bettinelli-Olpin and Tyler Gillett. 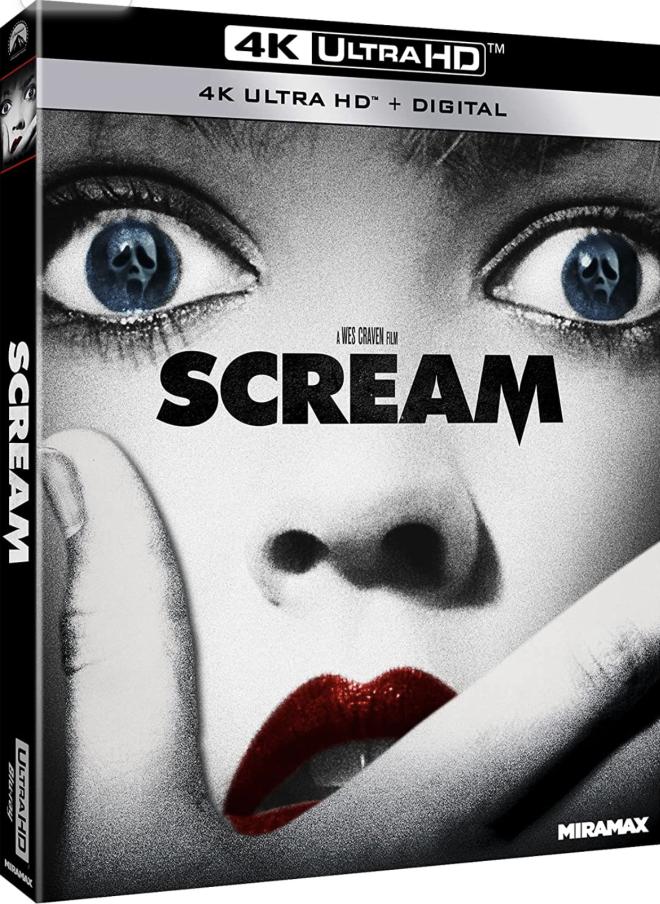 But that's not all - a snazzy single disc 4K Ultra HD Blu-ray SteelBook release is also up for pre-order on Amazon! 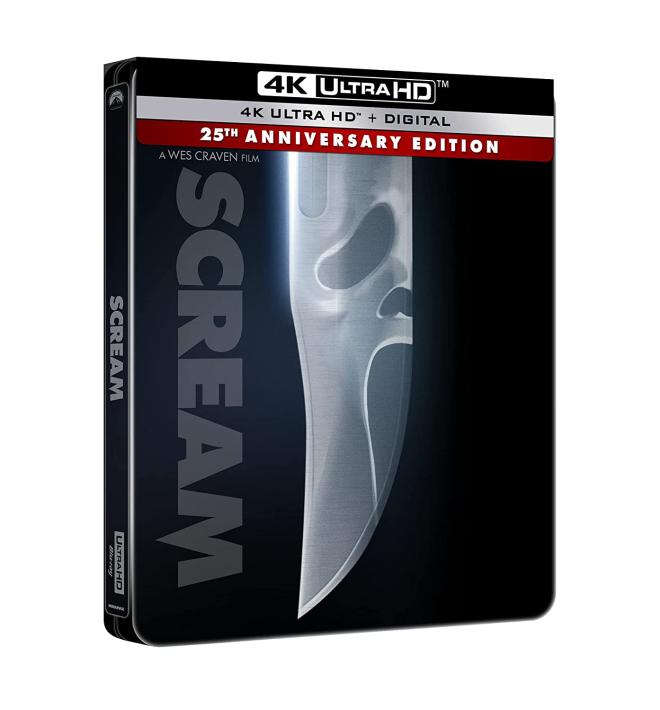 We're awaiting full confirmation on HDR grade and audio - but as soon as that info is available we'll update our listings and this article ASAP.

Subversive Fan-Favorite Arrives October 19, 2021
with an All-New Look at the Film’s Impact and Legacy

In celebration of its 25th anniversary and just in time for Halloween, SCREAM will be released for the first time on 4K Ultra HD and in a newly remastered Blu-ray on October 19, 2021 from Paramount Home Entertainment.

25 years after its theatrical debut, SCREAM remains a wildly entertaining and terrifically terrifying cinematic experience.  Directed by Wes Craven and written by Kevin Williamson, the film is a brilliant deconstruction of the horror genre that pays homage to the conventions of slasher films while upending them with clever twists and witty dialogue.

The new SCREAM 4K Ultra HD, Limited-Edition 4K Ultra HD SteelBook, and Blu-ray include a brand-new look back at the film and director Wes Craven, featuring archival behind-the-scenes footage and new interviews with stars Neve Campbell, Courteney Cox, and David Arquette, as well as screenwriter Kevin Williamson and the directors and other cast members from the new installment in the franchise scheduled to premiere in theaters in 2022 from Paramount Pictures and Spyglass Media Group.  The discs also include access to a Digital copy of the film and the legacy bonus content detailed below: