The Golden Age of Hollywood produced a blizzard of classic Christmas fare, but the modern era - what I classify as films made after 1970 - has spawned some gems, too. A splash of irreverence is the most notable addition to this contemporary crop of holiday movies, but despite their audacity, most of these entries still embrace the season's core values - home, faith, family, and goodwill. Even the wildest comedies can turn on a dime and bring a tear to the eye, which is why these 10 modern yuletide classics always merit a spin during the lead-up to Santa's annual arrival. 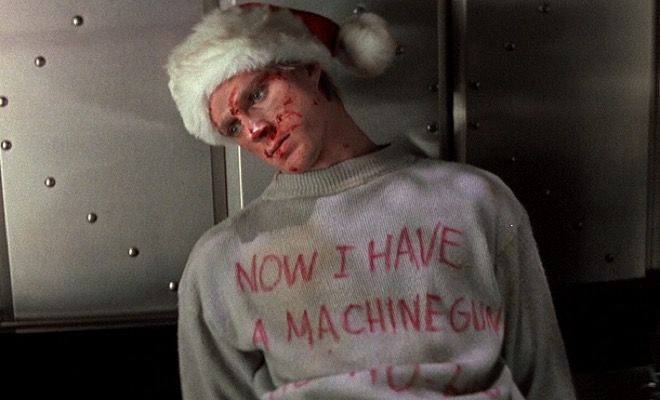 The holidays can be stressful, so sometimes you just need to release those pent-up aggressions. And what better way to do it than watch über-cop John McClane (Bruce Willis) take on - and take out - a band of violent European thieves who ruthlessly hijack an office Christmas party atop the sky-high Nakatomi Plaza in L.A. McClane uses his street smarts and a fair amount of ingenuity to try and outwit the gang's deliciously nasty and oh-so-suave ring leader, Hans Gruber (Alan Rickman), and their bloody game of cat and mouse remains terrifically entertaining. Yippee-ki-yay, Santa Claus! 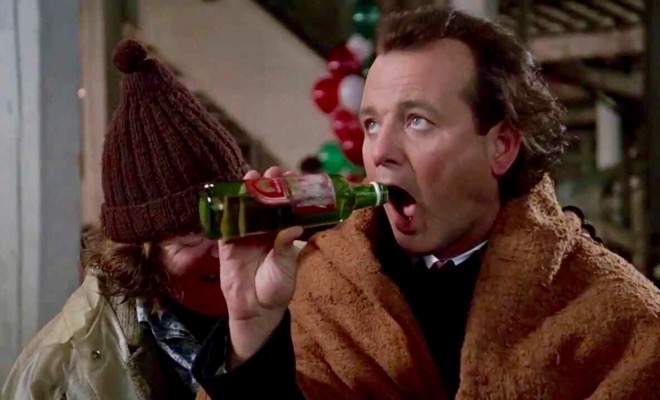 'A Christmas Carol' has been adapted many times in many ways, but never quite like this. Director Richard Donner's modern take on Charles Dickens' age-old tale is decidedly edgy and a bit mean-spirited, but dark humor and Bill Murray's broad portrayal of a Scrooge-like TV executive who has no regard for his overworked and abused employees sets this version apart from its traditional cousins. A first-rate supporting cast that includes Karen Allen, John Forsythe, John Glover, Alfre Woodard, Bobcat Goldthwait, Carol Kane, and Robert Mitchum supplies additional cheer, as do a host of cameos by such colorful characters as Jamie Farr, Buddy Hackett, Robert Goulet, Mary Lou Retton, John Houseman, Lee Majors, and Anne Ramsey. 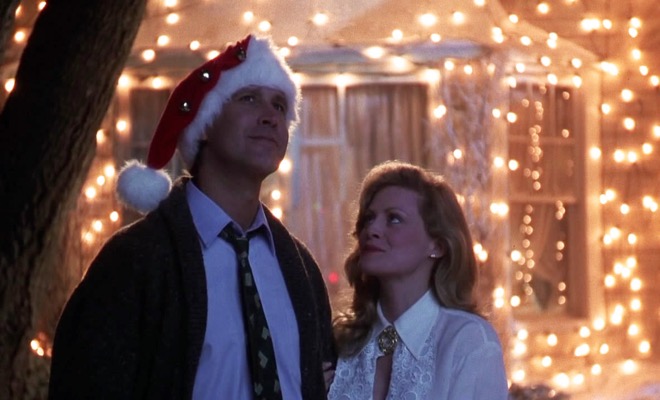 "When Santa squeezes his fat white ass down that chimney tonight, he's gonna find the jolliest bunch of assholes this side of the nuthouse." So proclaims Clark Griswold (Chevy Chase), patriarch of the looney Griswold family, and in this third installment of the popular 'Vacation' series, they conquer Christmas with unvarnished - and often hilarious - vigor. Countless holiday traditions are lampooned, including chopping down the tree, hanging the light display, intruding relatives, and family dinners, and though the jokes don't always hit the bullseye, they come at a breathless pace. Chase, Beverly D'Angelo, Juliette Lewis, Johnny Galecki, Randy Quaid, and many others file appropriately wacky portrayals, all of which make the Griswold Christmas one to remember. 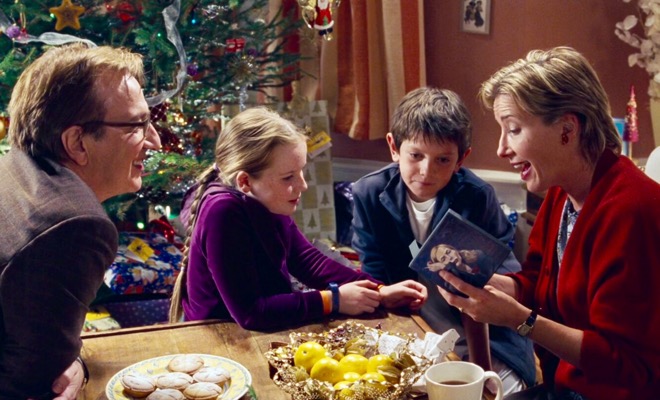 Ah romance. It's sweet, messy, misguided, emotionally draining, exasperating, and euphoric, and this perky ensemble piece examines it from every angle as it spotlights an assortment of odd couplings across the pond during the holiday season. The British accents add some sophistication, but the warm feelings the film spreads are universal (although I will never forgive Alan Rickman for what he does to poor Emma Thompson!). The awkwardly charming Hugh Grant makes an unlikely British Prime Minister and Bill Nighy makes a gloriously goofy rock star, but somehow all the pieces of this bizarre puzzle end up snugly interlocking. And with a cast that includes Liam Neeson, Colin Firth, Keira Knightley, Laura Linney, and Rowan Atkinson, among many others, this is an infectious brew indeed. 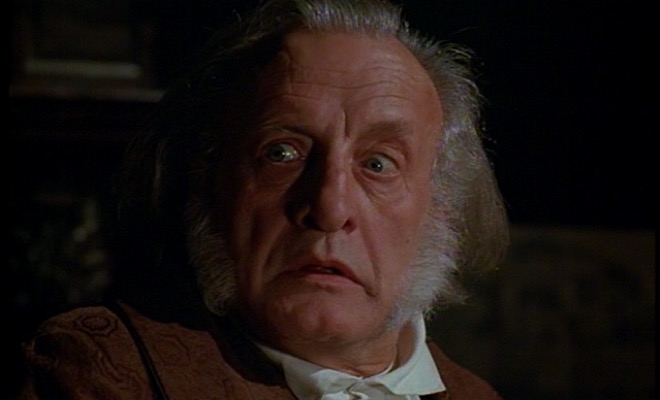 If you read my Top 10 List of Classic Holiday Films, you'll know my favorite adaptation of Charles Dickens' spooky yuletide novella is the 1951 British version starring Alastair Sim. And while the reputation of that venerable movie remains stellar, many viewers (and critics) cite this made-for-television film starring George C. Scott as the definitive edition. And it's easy to see why. Scott completely embraces Scrooge, adding marvelous shadings that make his portrayal unique; the script faithfully adheres to the book; location shooting in England enhances the Victorian atmosphere; and a fine supporting cast that includes David Warner and Susannah York complements Scott without overshadowing him. TV movies usually lack the gravitas of big screen productions, but the tale's intimacy works in this version's favor and helps set it apart from its theatrical cousins. 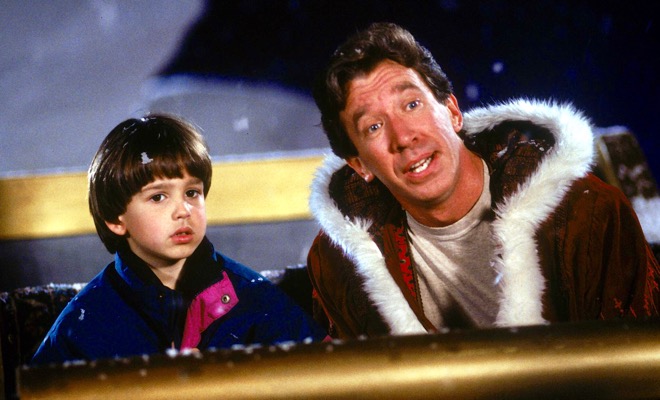 Forget the two sugary sequels. The original film that spawned the franchise still has whimsy, spunk, and charm to spare. Tim Allen winningly portrays Scott Calvin, a divorced dad who benevolently fills in for Santa one Christmas Eve after the jolly old elf falls off his roof and vanishes. But by putting on the red furry garb and circling the Earth to distribute gifts, Scott unwittingly accepts "the Santa clause," and must assume those weighty duties forevermore. Dealing with this burden while trying to manage his young son (Eric Lloyd) and placate his ex-wife (Wendy Crewson) and her new husband (Judge Reinhold) forms the crux of this wholesome comedy, which effortlessly spreads holiday cheer. 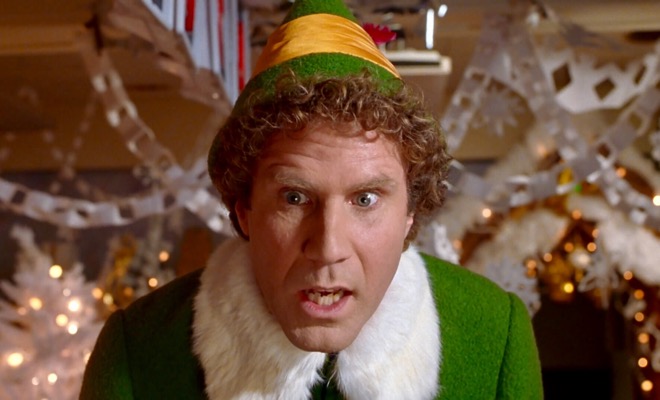 Holiday movies should always make you smile, and 'Elf' keeps a grin plastered on your face from beginning to end, thanks to Will Ferrell's wide-eyed, wondrous, and completely beguiling portrayal of Buddy the Elf. Accidentally whisked to the North Pole as an infant, Buddy is raised by Santa's elves (Bob Newhart is a hoot as his adopted elf dad), but as he matures, his giant size makes him an anomaly, and when he learns of his human heritage, he decides to seek out his biological father (James Caan), a grumpy, unscrupulous New York publisher who's on Santa's dreaded naughty list. Watching the naive, impressionable Buddy navigate the Big Apple's rampant cynicism and try to fit into a foreign society - and family - is loads of fun, and a touch of romance, a bit of music, and lots of Christmas warmth make this breezy comedy a perennial favorite. 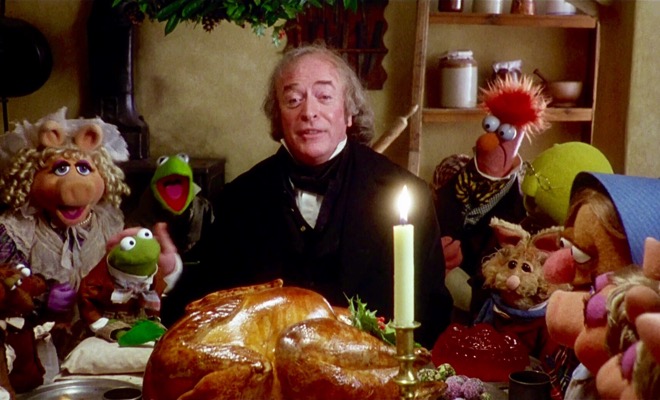 If Mickey Mouse and Mr. Magoo can take a stab at Dickens' classic, then why not Kermit the Frog, Miss Piggy, and the rest of the lovable Muppet gang? Michael Caine makes an appropriately dour, remorseful, and ultimately giddy Scrooge (in other words, he plays it straight) in this delightful - and surprisingly faithful - hybrid adaptation, which seamlessly merges the Muppet and human worlds. Moments of requisite Muppet hilarity and several infectious songs by Paul Williams temper the emotional and inspirational story, and make this version of 'A Christmas Carol' arguably the most family-friendly of any in film history. Just ask my kids…all of whom are now in their 20s and still find time to watch this movie every year.

Though the nostalgia of 'A Christmas Story' keeps getting further and further away from us, its depiction of family and social dynamics, incisive character portraits, and cavalcade of wacky episodes remain timeless and make this rollicking and irreverent comedy an annual must-see. Who can forget little Ralphie's dogged pursuit of his Christmas beacon, a Red Ryder Carbine Action 200-Shot Range Model air rifle? Or the excruciating moment when his buddy sticks his tongue to a frozen flagpole? What about the leg lamp wearing a fishnet stocking that arrives at the Parker home, and the Christmas dinner at a Chinese restaurant? Adapted from humorist Jean Shepherd's stories and starring Darren McGavin, Melinda Dillon, and the inimitable Peter Billingsley, this 1940s-era slice of Americana hits all the right notes and reminds us Christmas is unique to every family and can be as special as we choose to make it. 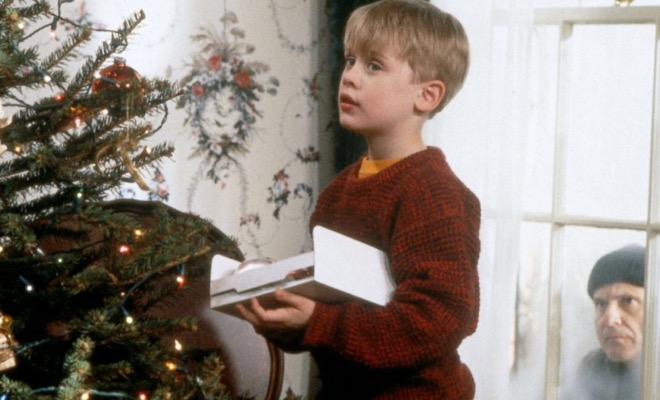 If you have a family and love your kids, 'Home Alone' will hit you in the heart. Sure, the sadistic slapstick episodes in which bungling burglars Joe Pesci and Daniel Stern get burned, pummeled, and tarred and feathered by their pint-sized, cute-as-a-button, and oh-so-resourceful adversary, Kevin McCallister (Macaulay Culkin), make the Road Runner's treatment of the Coyote seem humane. Yet beneath all the cartoonish hijinks lies a sweet Christmas comedy that's endearing, identifiable, and emotional. Chris Columbus' film is also laugh-out-loud funny and flaunts a heaping helping of holiday cheer, thanks to a festive setting and plenty of classic yuletide tunes. The premise - a frantic mom and dad (Catherine O'Hara and John Heard) accidentally leave their youngest child home alone as they embark on a family Christmas trip to Paris - seems outlandish, but somehow the John Hughes script makes it plausible, and the ensuing mayhem, laced with a few thoughtful messages about hope, courage, and faith, never gets old. With quotable lines, spirited performances (John Candy's cameo as a Polka band leader is terrific), and energy and warmth galore, 'Home Alone' is hands-down our favorite modern Christmas classic.