Will PS4 and Xbox One eventually see a 'Rogue' release?

Fans have been waiting patiently for some king of new-gen 'Assassin's Creed Rogue,' and finally Ubisoft has come forward with a release date for the promised PC version (still no word on possible PS4 or Xbox One versions) as well as the minimum PC specs for the game.

The console version was well received. (Check out the review here.) The PC version is due out on March 10th.

Ubisoft has also shared a special feature for the PC version that involves eye tracking input.

The Assassin’s Creed Rogue PC development team in Kiev have partnered with Tobii Tech to integrate eye tracking input as a component of gameplay. This is the first game of this scale to offer this entirely new, complementary input to the keyboard and mouse. Players using the SteelSeries Sentry (with Tobii eye tracking) when playing Assassin’s Creed Rogue will experience true gaming immersion: as the player looks to the left or right of the screen, the camera will pan to accommodate the exploration of this new visual territory, creating an “infinite screen” experience.

Only required for the Disk installation ( 1 Dual Layer DVD )

Note: Laptop versions of these cards may work but are NOT officially supported.

You can find the latest info on 'Assassin's Creed Rogue' linked from our Video Game Release Schedule. 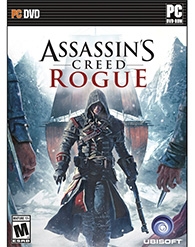 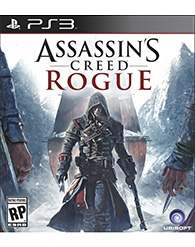 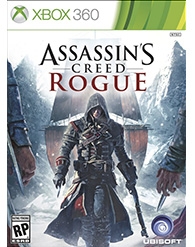