'The Order: 1886 Collector's Edition' Contains an Impressive Galahad Statue As Well As a Steelbook & In-Game Content

Ready at Dawn's 'The Order: 1886' is tantalizing close to release, but there is still time to nab a Collector's Edition as well as the game's pre-order bonus. Sony has shared a look at all of the boxed content of the CE. The pre-order bonus (which is included in the CE) is The Knight's Arsenal DLC, which features alternate Knight uniforms for Galahad and two weapons, the Arsonists Rifle and Arc Rifle Prototype. 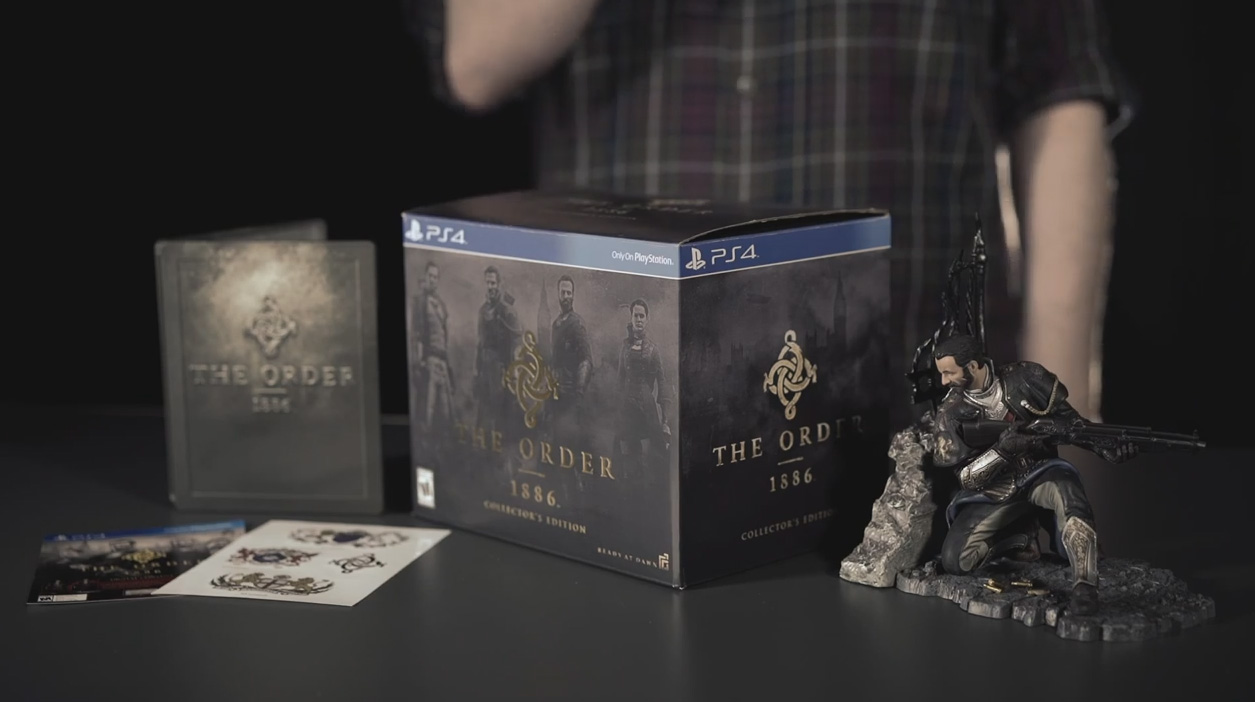 The Order: 1886™ Collector’s Edition contains items for you to dive deeper into the game’s exciting alternate history. Along with a copy of the game, you’ll receive:
The 7-inch “Galahad Under Fire” Statue
Collectable Steelbook
Coat of Arms” Stickers
Knight’s Arsenal DLC
Official Game Soundtrack with Bonus Tracks
Unreleased Behind-The-Scenes Footage 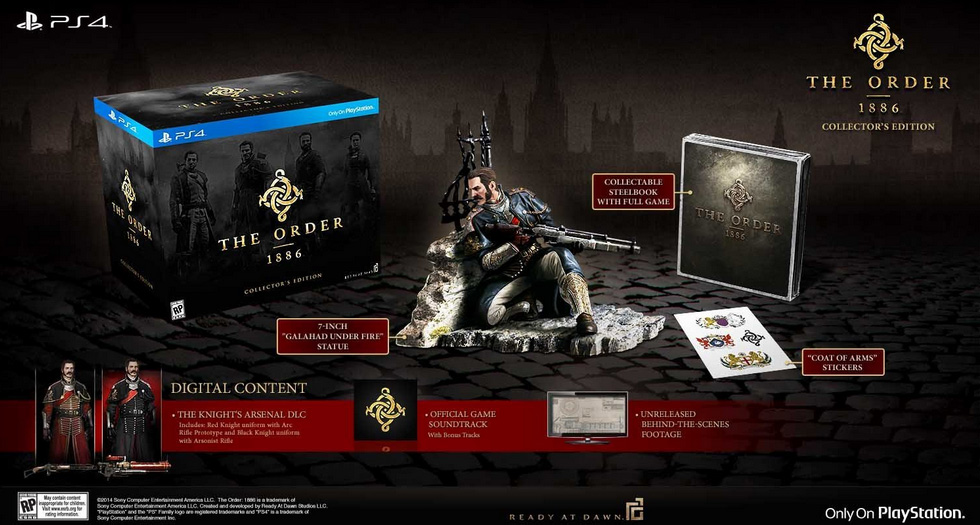 And in case you missed it, here's a recent gameplay video. In it, The Order takes down a kitchen crew.

You can find the latest info on 'The Order: 1886' linked from our Video Game Release Schedule. 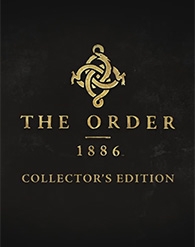 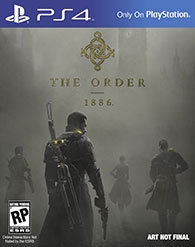