Will the Internet survive?. 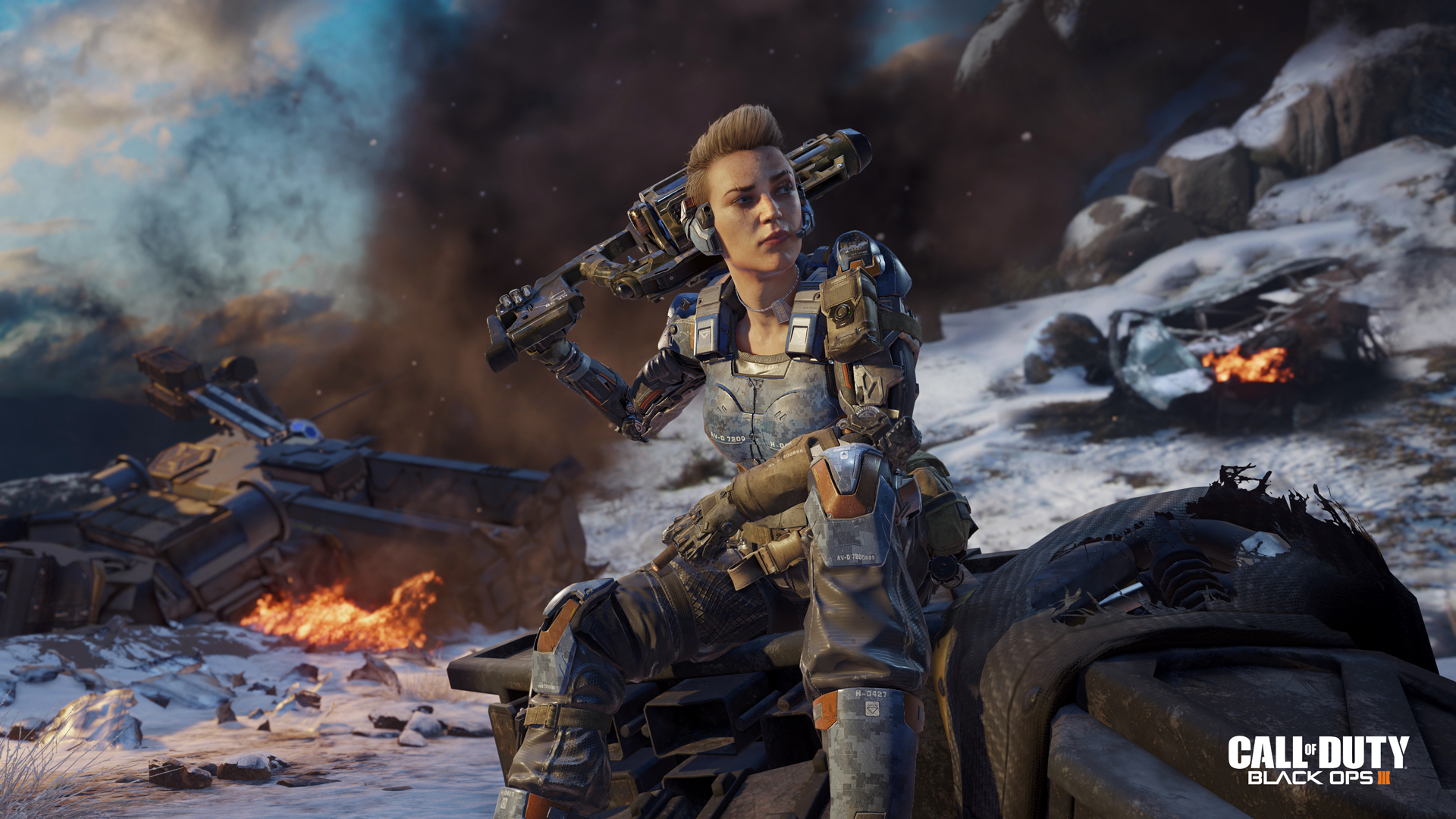 The Specialists in 'Black Ops III' have a big sci-fi impact on multiplayer, both in terms of gameplay and fun, (see why here). I suspect that once the Reaper is unlocked, it will be a popular choice. 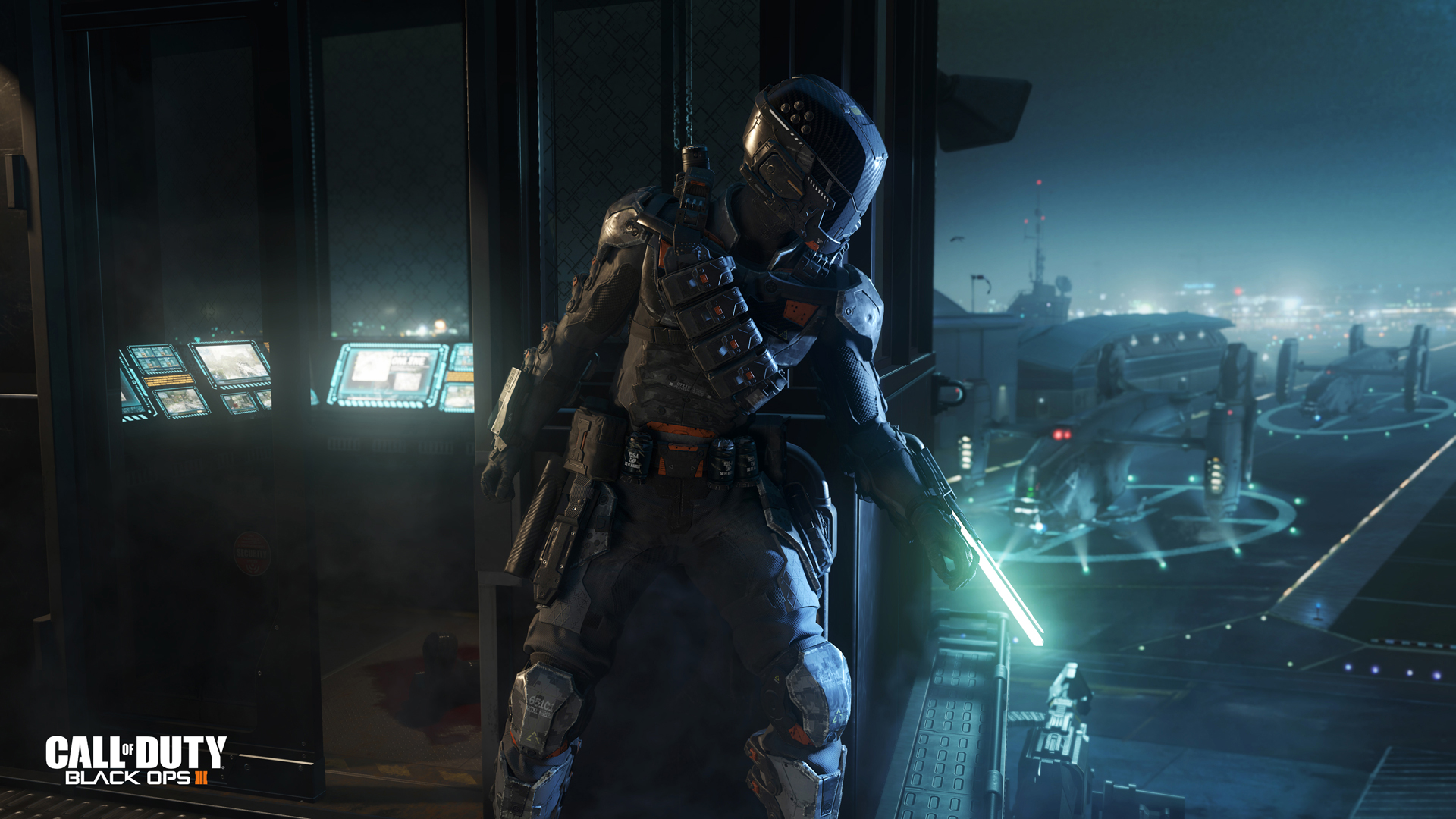 The multiplayer beta will come (for those who preorder) to the Xbox One and PC on August 26th. This beta access is a major first for the series, but then again, the 'Black Ops III' is doing multiplayer in a much bigger way than any previous 'Call of Duty.'

Here's a full breakdown from Treyarch on the maps, modes, and other details for the beta:

When PS4 players jump into the Beta, they’ll have access to three maps, each one having been built from the ground-up specifically for our new momentum-based chained-movement system.

Hunted: This big game hunting lodge is situated beneath a waterfall in the lush mountains of Ethiopia, where rugged terrain opens up to long sightlines and a stealthy underwater pathway.

Combine: Set in the remote Egyptian Sahara, this vertical farming and sustainability research facility plays fast and frenetic with tight interiors, an open middle and a dangerous flank path.

Evac: An abandoned emergency evacuation zone atop an overgrown rooftop in the middle of Singapore’s flooded quarantine zone.

Prepare to do battle! On the 19th, expect to find a range of fan favorites:

As you know, Specialists bring their own look, personality, voice and battle-hardened weapons and abilities to the fight. They can be ranked-up, delivering yet another layer to our progression system. Next week, PlayStation 4 players will start getting to know the default Specialists:

Bio: Raised in a military family in a tough neighborhood, he is fearless and headstrong, an infantry soldier through and through. He uses his unique abilities to rush into battle and surprise the enemy with sheer force.

Ability: Overdrive – Initiates a burst of speed that accelerates all movement for a short period of time.

Bio: Developed keen observation skills growing up in the streets of the Favela, traversing the rooftops to watch the action of the city below, and this earned her a place in the ranks of the Brazilian Special Forces. She outsmarts enemies by finding them before they have a chance to know what hit them.

Ability: Vision Pulse – Pulses the surrounding area to reveal the location of all enemies within range.

Bio:  Wilkes got his first set of cybernetic augmentations while serving in the British Engineering Corps. Five years and many upgrades later, he is the embodiment of the cutting edge of human weaponry on the battlefield, using his superior technology to disrupt opponents’ tactics before moving in for the kill.

Weapon: Tempest – Charge-shot weapon that fires an arc of electricity, shocking targets and chaining to all nearby enemies.

Ability: Glitch – Flash back to a previous position with this system mod that hacks the battlefield simulation grid.

Bio: The only daughter and youngest child of five siblings, Erin Baker always had to fight to get her way. Following in a family tradition of over 100 years of military service, and watching her brothers enter the US Army one-by-one, she finally graduated high school and enrolled herself. Driven to excel by her ongoing rivalry with her brothers, she volunteered for Airborne School, before crushing the Ranger Assessment and Selection Program. Heavily armored, she fearlessly operates ahead of the front lines, nimbly traversing urban environments, as she destroys HVTs with salvoes of advanced high-explosive munitions.

Weapon: War Machine – Grenade launcher that fires bouncing grenades which detonate after a shot time or by hitting an enemy directly

Ability:  Kinetic Armor – Reactive armor that deflects enemy bullets away from the body. Still vulnerable to headshots and non-bullet damage while active.

Rank up to levels 22 and 28 and you can also wreak havoc with:

Bio:  Militant enforcer of the 54I crime syndicate’s rule of law. She is known for her focused and unflinching combat discipline, striking fear within the ranks of the cartel.

Ability: Combat Focus – Triggers a bonus multiplier to score earned towards Scorestreaks for a period of time.

Bio: Last surviving member of an elite Rapid Deployment Force unit specialized in Jungle Warfare, Rojas has gone off-grid using his survivalist training to stay alive. At home in the wild, he uses his skills to turn the environment against his foes.

Ability: Rejack – Recover from near death by injecting a nanoparticle serum into the bloodstream.

We don’t want to get too ahead of ourselves, but…

After the first few days of progression, we’ll also make a few additional Specialists available. As you rank up and progress during the week, you’ll also gain access to:

Bio: Started as an expensive military R&D project to supplement Special Operations soldiers in the field, the EWR was a cutting-edge prototype combat robot, the most advanced in the world at the time. Budget overruns and embarrassing political incidents left the project all but a resource for scrap metal, except for the one prototype that remained.

Bio: Next to nothing is known about the presumed wet-works Specialist, Spectre. The designation itself is a codename agreed upon by the various agencies that have pooled their intelligence on unsolved assassinations, inferring his or her existence based on either evidence found at the scene or from fragmentary reports given by shaken bystanders.  Despite heavy redaction, all accounts suggest an individual capable of extraordinary stealth, able to evade or neutralize the most sophisticated of manned or automated security set-ups.  In every case, Spectre’s victims have been ‘handled’ with surgically precise mid-line wounds with rarely any signs of struggle.

The new Weapon Paintshop feature goes beyond the Emblem Editor and lets players create custom graphics that are displayed on the sides of their guns. With up to 64 layers applied to three sides of the weapon, players will be able to create their own signature variants with an = infinite number of possible combinations.

While all of this is promised for the beta, some features (like the Reaper and Spectre Specialists) will be gated by progress levels, which means that some content in the beta will need to be unlocked by both playing and by Treyarch's overall control.

You can find the latest info on 'Call of Duty: Black Ops III' linked from our Video Game Release Schedule. 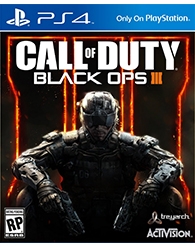 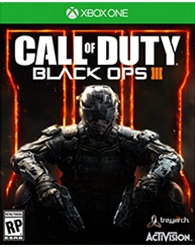 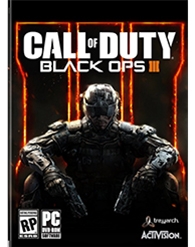