'Nioh' Beta Coming to PS4 Next Month, Will Last Only Two Weeks

Learn in the dojo.

Koei Tecmo's 'Nioh' continues its march towards genre-defining (see the E3 impressions here), and for PS4 owners, another taste is coming this summer. 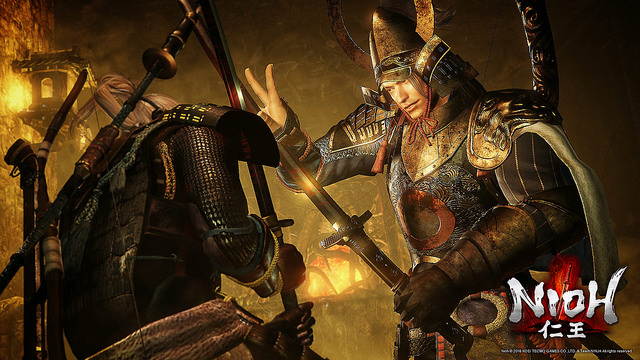 Among the new content set to be featured in the beta, Koei Tecmo has promised a new dojo stage which should allow players to learn some advanced combat tactics via training sessions. That should help get players ready for the new stage in the beta (which is possible one of the new two stages from E3 build). The beta will also have new weapons and should give players further insight into the game's story.

Nioh follows the tale of William Adams as he travels to Japan and becomes a samurai. Players will discover a deep and enticing world that blends history and Japanese folklore. The tough gameplay pits players against daunting and overpowering creatures, and encourages them to learn their enemies’ tactics to gain the advantage in battle.

The protagonist, William, is not alone against the perilous Yokai, as he will be accompanied by a diverse cast of characters who will aid him on his travels across Japan. Hanzo Hattori, the head of a famous ninja clan, is William’s guide through the country. Ginchiyo Tachibana (wife of Muneshige, the head of the Tachibana clan) will also help William on his quest with her skilled fighting abilities.