A descent too far…

I spent 30 minutes at E3 playing 'Nioh' on the PS4, and my biggest wish is that I could have had 30 days with it instead. Of course, by then the two new sections featured at E3 would not be enough. Like many whoeplayed the recent public Alpha, I want the full game. But going back to my 30 minutes at E3, if I had any doubts that the game would be sanitized of challenge or just stepped back towards an easy mode, those concerns were destroyed at E3. Even the easiest enemies on demo could wipe me out. 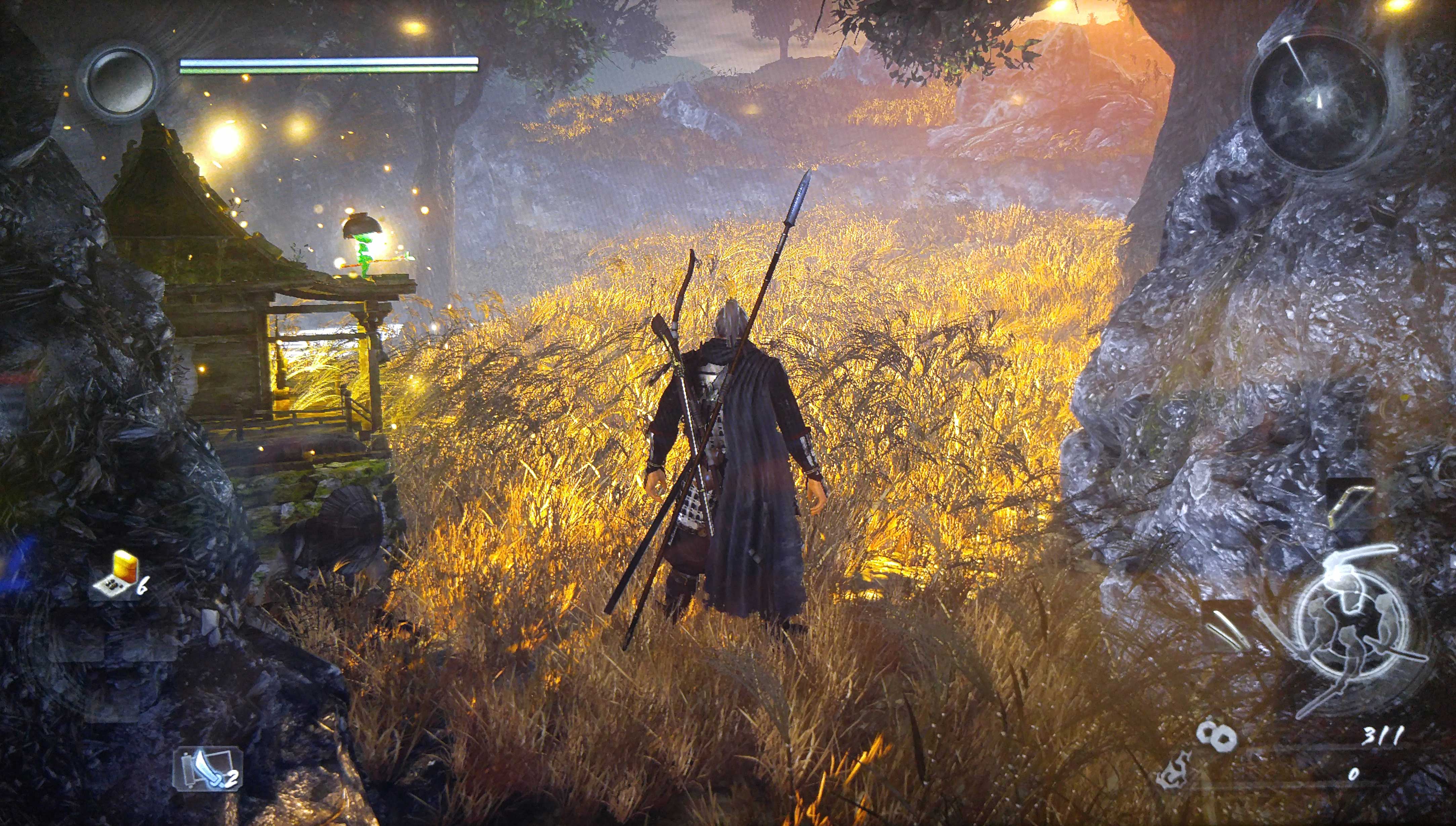 This no compromise challenge is contrary to the normal easy demo that can be found in most places at E3. Not only were enemies at least as tough as they were in the public alpha, there were also environment traps. (It's very much like the 'Souls' games, even down to killing an enemy with a smartly times move to a pressure switch.)

In terms of the UI and controls, I was surprised to find that both weapons and quick select item controls had been changed. The idea, it seems, is to allow for more presets. So much like switching weapon stances, quick select items and weapons are now selectable through a d-pad plus face button macro.

I first tried the 'Of Withered Grass and Yokai' section, but I quickly got flustered trying to adapt to the new controls while facing so many enemies at once. After a reset and load to 'The Spirit Stone Slumbers,' I was comfortable enough to be able to pick my battles. One thing that seemed noticeable involved several potential paths that looked to have been quickly blocked just for the demo. If true, this area could be very intricate. 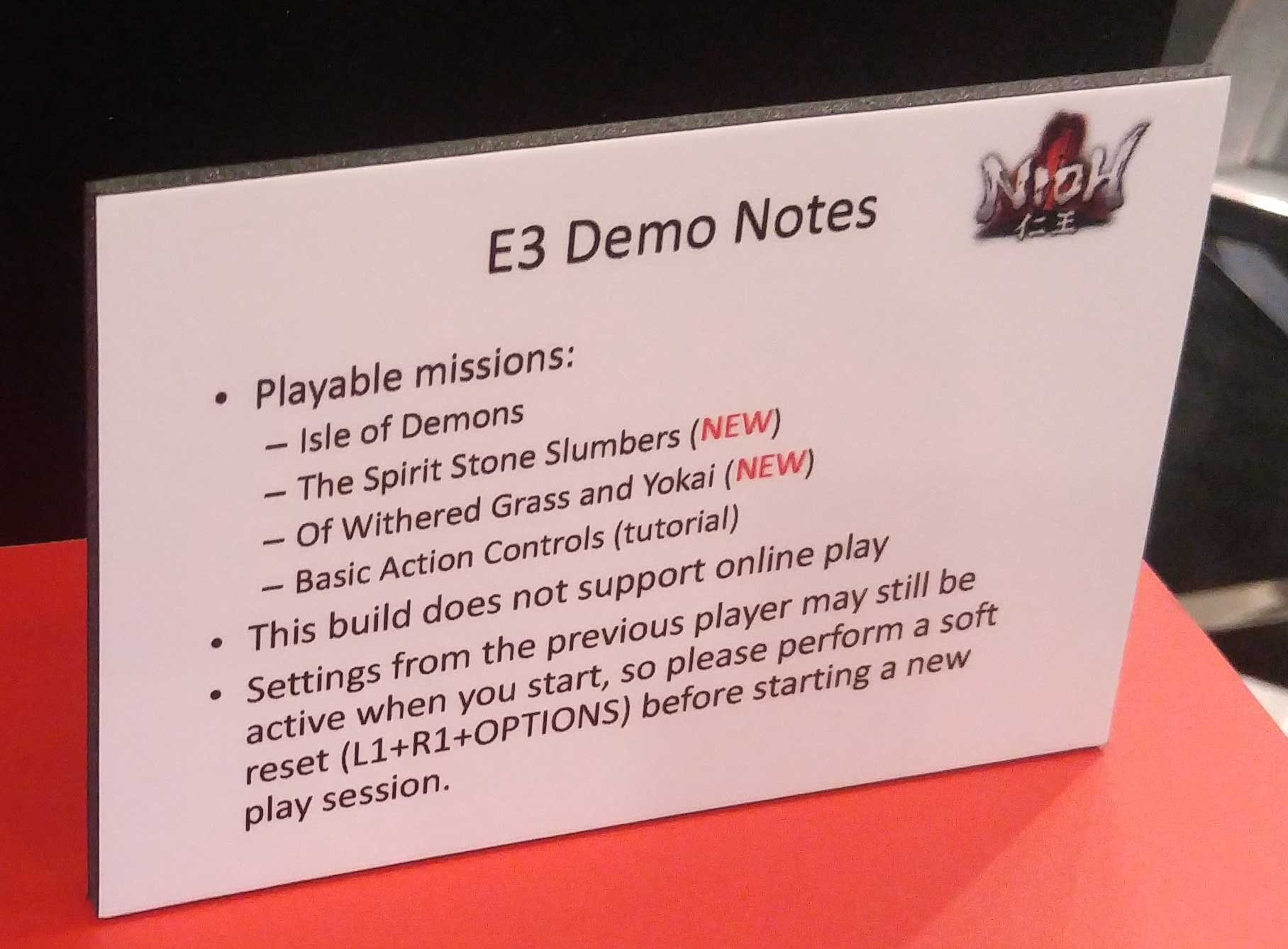 As I descended into an aqueduct, I marveled at how effective the enemy placement was. Team Ninja has spent a long time on the project, but that key approach of detail for level design does seem to be intact. Coming around corner didn't just require being on guard, but also controlling speed and noise. This way, many enemies that have been identified in a prior run can be avoided. And yet, it was tempting with such a new level to stir up trouble and see what could be done.

The in-level story telling of little text excerpts continued. It did feel like both weapon and armor durability, as well as gear drops, had been adjusted to a more palatable tempo. Sadly, the enemies I encountered could be considered "not new" by the alpha standards, and I was only able to get a few floors down before I ran out of time. 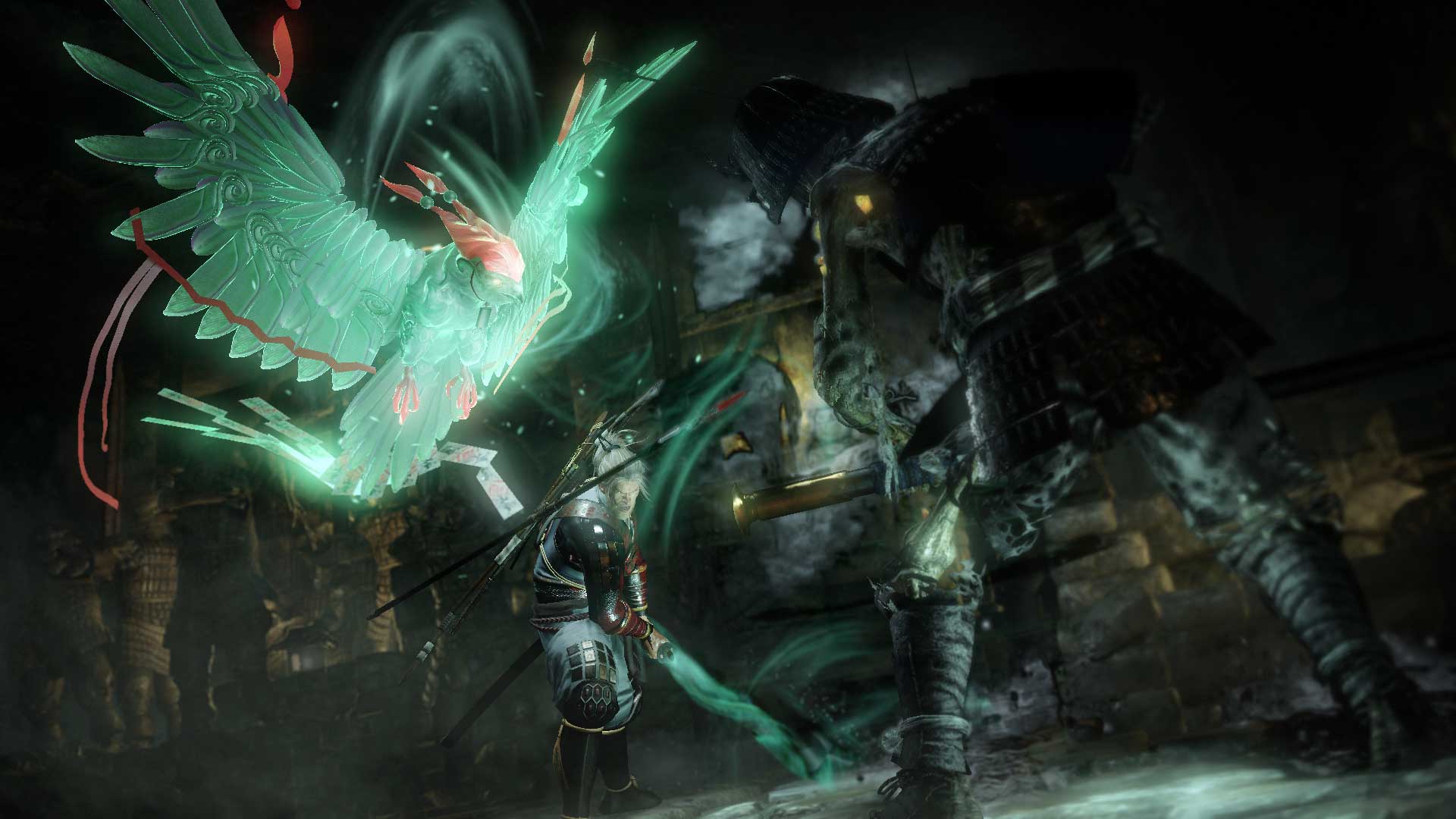 It was certainly different getting to play the game without so many online gravestones/swords around. If 'Nioh' maintains the standards shown at E3, the game could really be stellar. For sure, what it will also need are more memorable bosses. Likewise, I'm still curious to see how different builds are supported over a long save file.