Could it be too much MOBA?

'Paragon' is a freemium MOBA from an unlikely source: Epic, the creators of respectable shooter franchises like 'Gears of War' and 'Unreal Tournament'. Instead of the top-down, 2D perspective that MOBAs are known for, 'Paragon' is third-person over-the-shoulder, using the powerful Unreal Engine 4.

While immensely popular since its relatively recent introduction into multiplayer gaming, the MOBA genre is not easily accessible to newcomers or casual gamers. Some of the mechanics and trends are recognizable, but the metagame, consisting of popular strategies, proven builds, and frequent balance changes by the devs, is deep and complex. The amount of education required to be competitive even at the "casual" level, combined with my low tolerance for trolling, led me to stay away from the genre until the more arcade-like 'Heroes of the Storm' and the console-friendly 'Smite' turned things around. Still, I am far from an expert in the ever-changing realm of MOBAs. 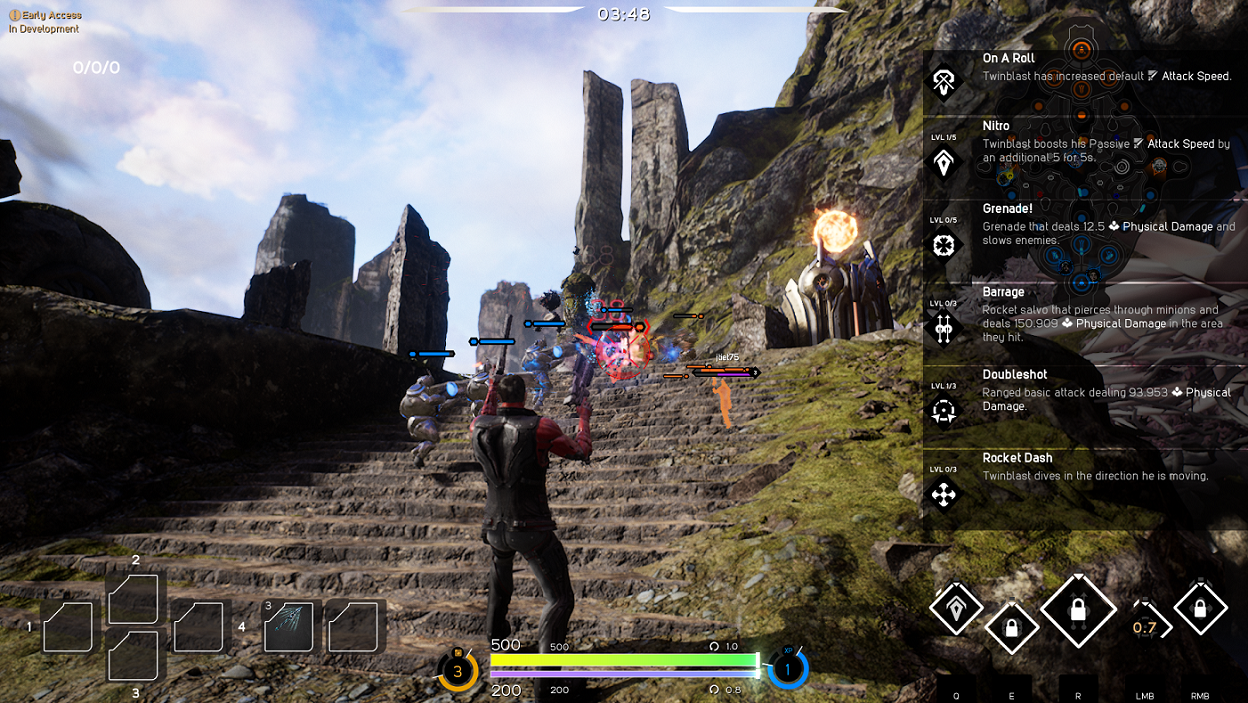 Kind of like 'Smite', 'Paragon' doesn’t look much like a MOBA at first sight. Even in its very rough beta stage, it has excellent visuals and an extremely high production value. The Unreal Engine is capable of amazing things, and Epic naturally has more experience with it than anybody. The character models, animations, and lighting effects are top notch, and will certainly improve as the client is optimized in future builds. 'Paragon' has a far future science fiction theme - there are cybernetics, energy bolts, and teleportation galore, along with aliens and robots. The only map currently available is Agora, which might also be the name of the planet that everyone is fighting over. Like most MOBAs, 'Paragon' is light on story, though not necessarily lore. 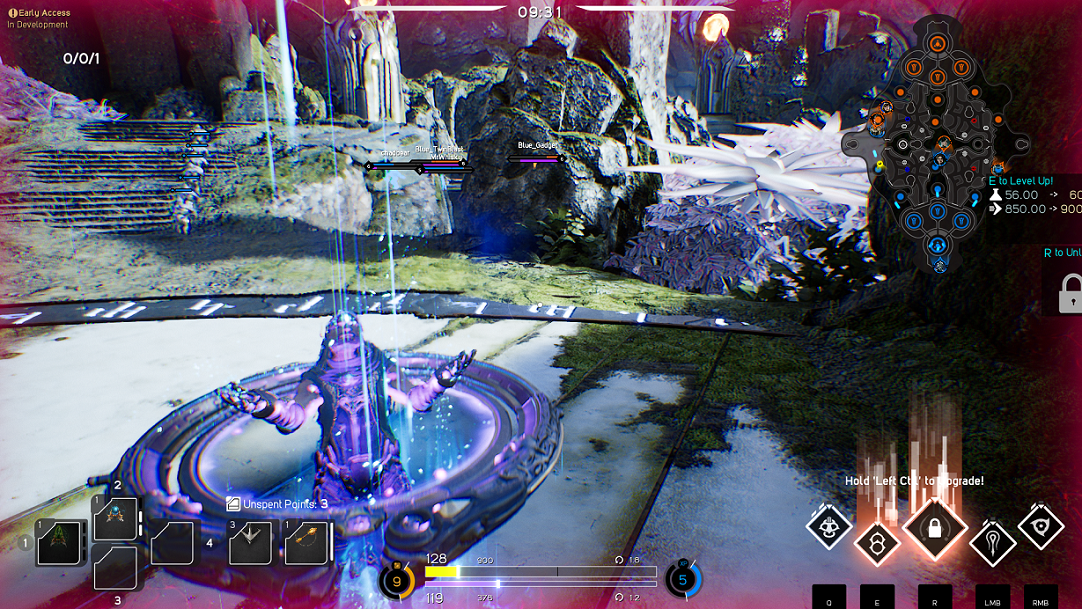 After playing 'Paragon' for a few hours, it became clear just how closely attuned it is to the traditional MOBA formula. In some regards almost painfully so. All of the elements are here - distinct classes, a rote lane/tower arrangement, an already thriving meta-hungry community, and confusing character build mechanics. All of these have been tuned, not changed. The overarching theme is that 'Paragon' is a bit on the slower side. It takes more time to set up a good pull, or get into position, move across the map, and so on. No attacks are automatic; even the most basic moves must be precisely applied. Getting out of range when in a hairy situation can be challenging as well. The good thing is that some of these problems can be cleared up through natural balance changes over time, should Epic feel they need it. 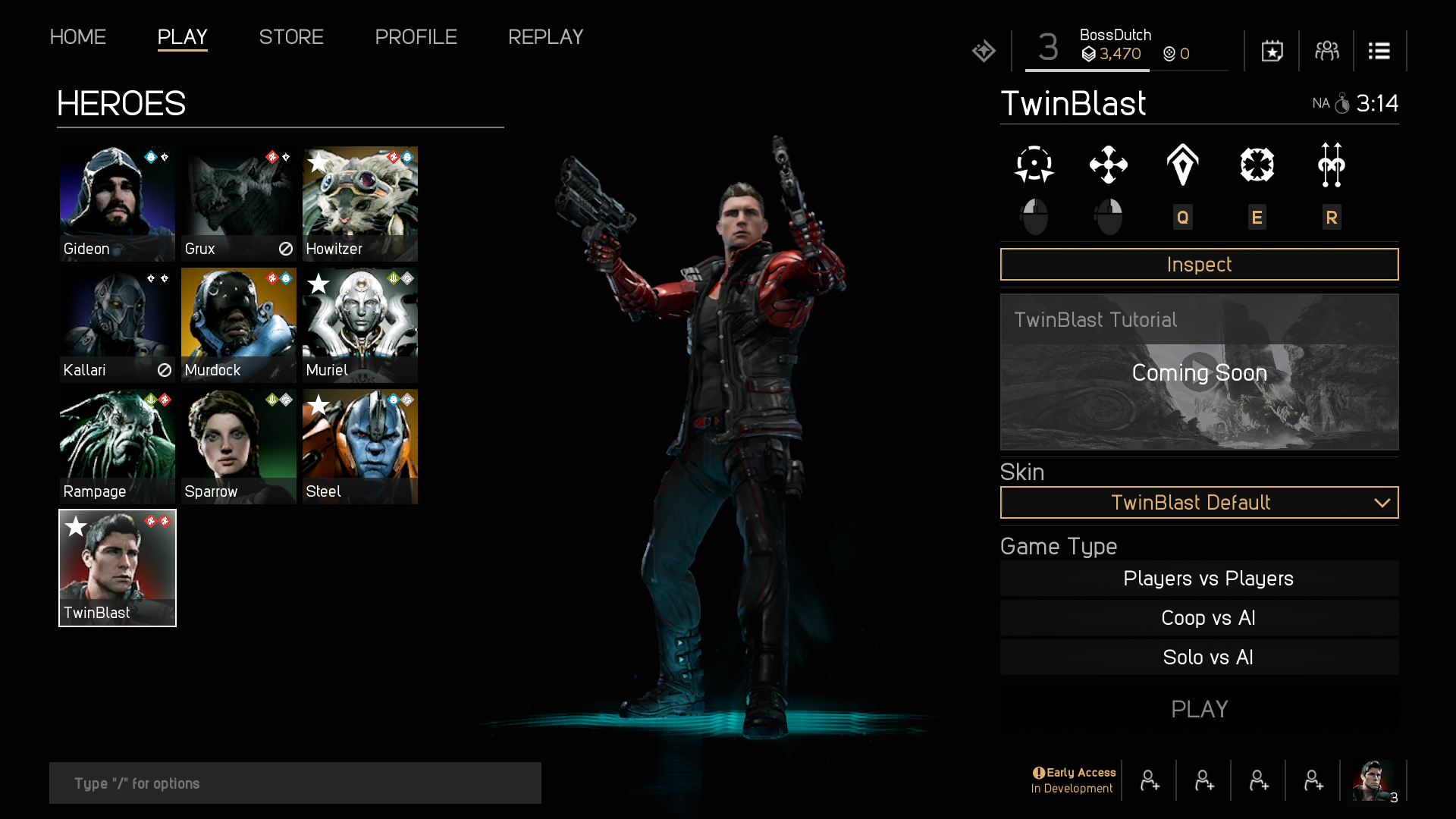 A notable difference between 'Paragon' and other titles is its implementation of the jungle. The jungle is the no-man’s-land between lanes where there are no towers or aligned minions, just buff camps and the occasional hero who has strayed from their lane for whatever reason. In 'Paragon', the jungle is much more interesting, and it’s not even finished yet. It has a great degree of verticality, which is strange at first, but that makes it a much more dangerous place. As I was zipping around in travel mode, exploring the grayed-out minion camps and strange pools of invisibility-granting liquid, enemy heroes would rudely drop on me from above and we would have a private little fistfight. I began adopting the strategy myself, especially because there is no fog of war. All heroes are visible at all times, so if someone has poor situational awareness, it’s their own fault. 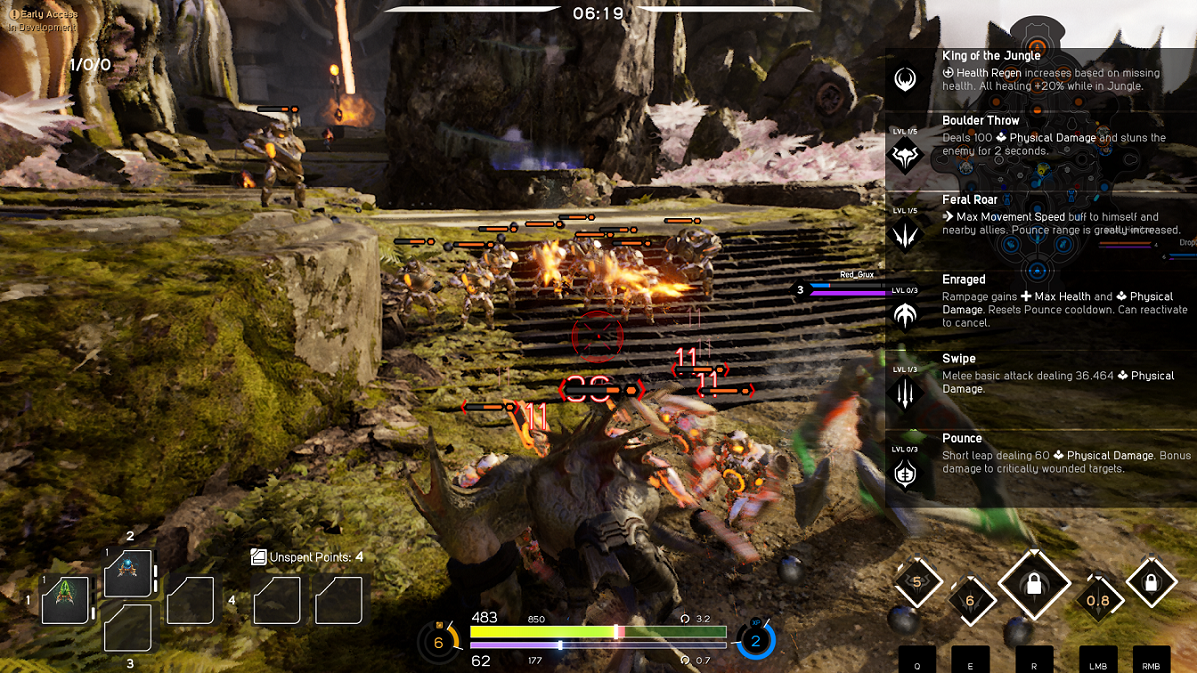 In its current form, the balancing between heroes isn’t so bad, although I feel that some, like Feng Mao and his super bursty staff attacks, will see the nerf bat soon. Amongst the heroes are some very recognizable powers, like your typical buffs, AoE casting and so on, but also a few more interesting selections, like Steel the debuffing tank and Gideon the risky caster. I feel that this is where the game’s incompleteness is most visible, because without the fullness of the jungle and other map features, some of the heroes aren’t seeing their complete usefulness quite yet. 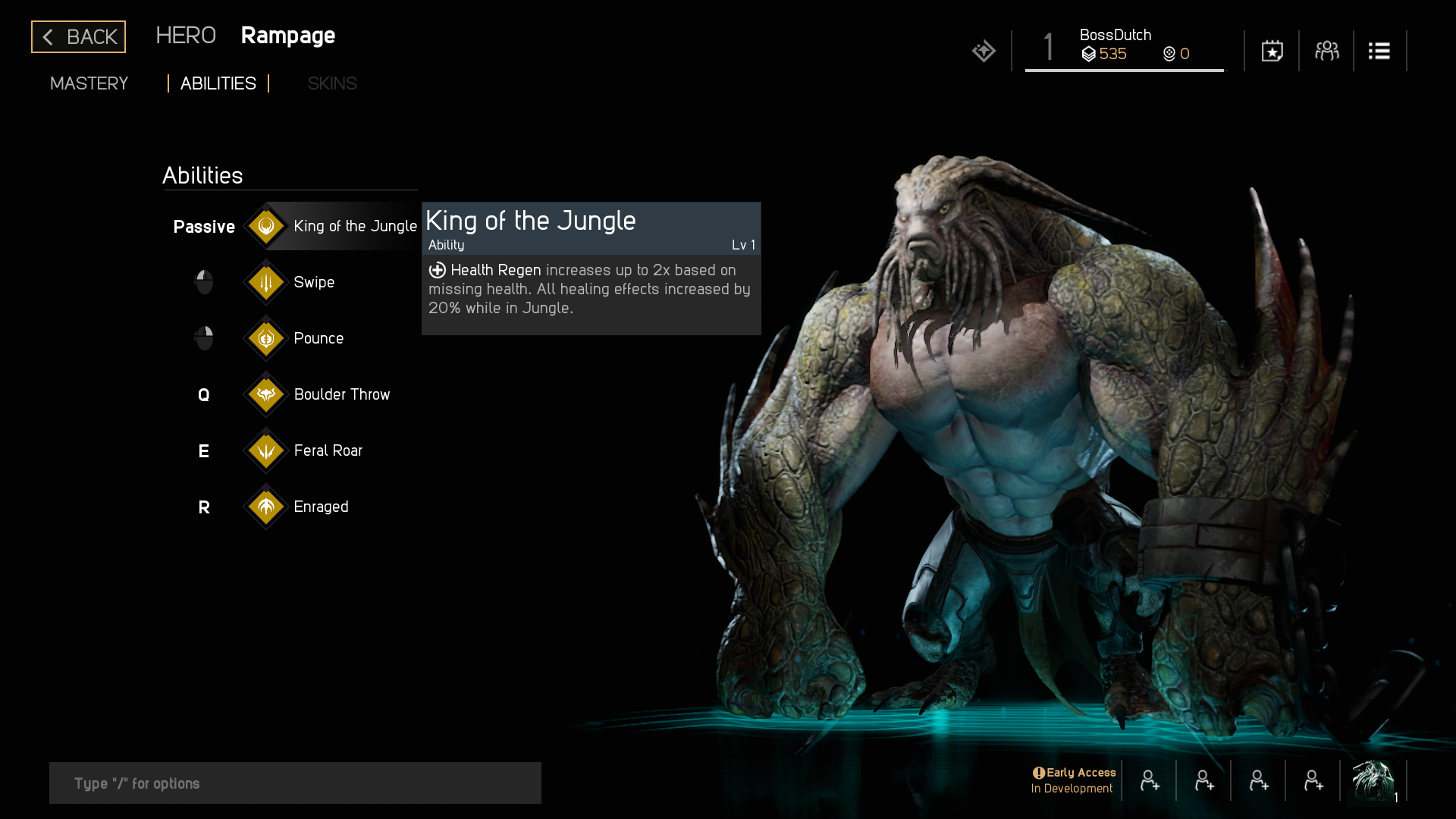 When back at the base, players can add abilities to their characters with card slots. Defeating enemies and attacking static structures called harvesters on the map give team members card experience, and with every card level, these abilities can be leveled up. This is in addition to the hero’s inherent abilities, which can be leveled up but not directly modified. Card decks can be built outside of the game and then chosen at the beginning of the match based on the team’s needs. For instance, the assassin Twinshot might benefit from more durability, or just a blowout level of DPS if the team is on the tankier side. Gideon the mage does decent damage with his abilities but they quickly sap his mana, so a mana regen deck would not hurt. Even in the beta the cards have an arcane level of complexity, which is not necessarily a bad thing but it does mean that 'Paragon' is going to be less accessible to newcomers and more susceptible to the meta struggle. 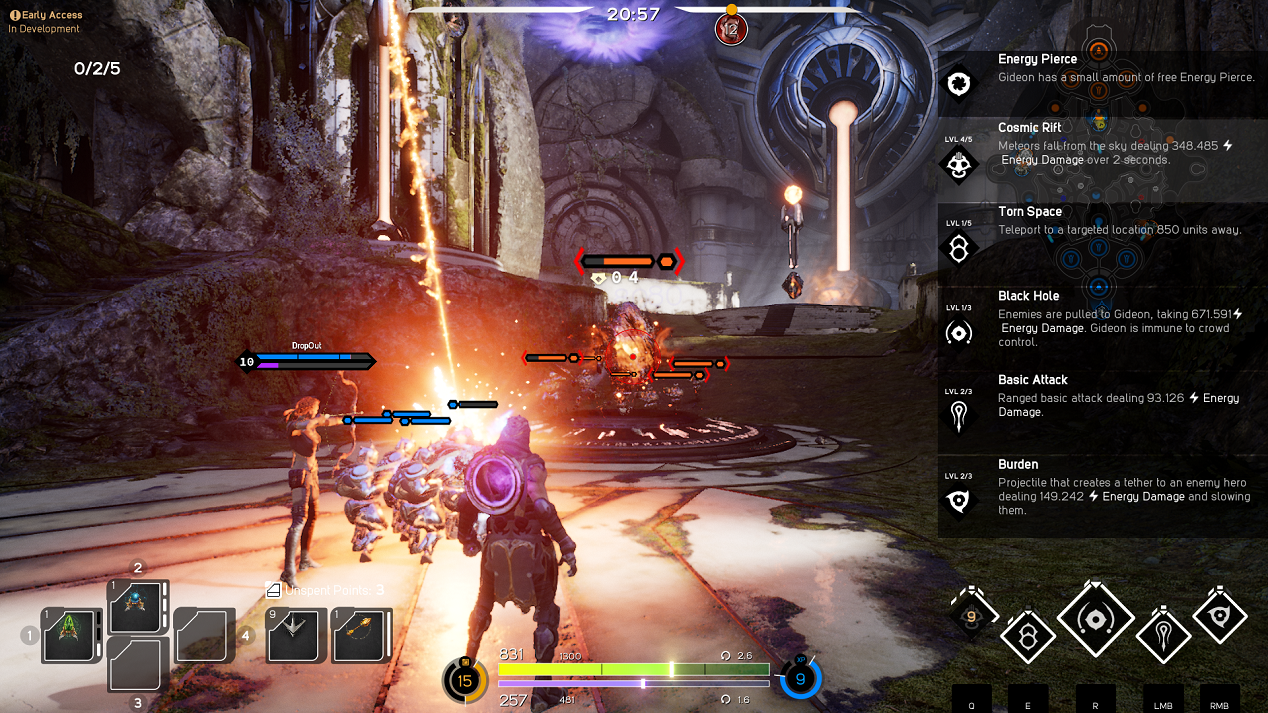 'Paragon' does have a decent commitment to action elements, more so than we have seen in the genre so far. And even in its current build, it is beautiful. But I can’t help but think that sticking so closely to established MOBA orthodoxy is a missed opportunity. Perhaps my voice will be in the minority, but I think that Epic could have gone even further with the action and shooter components and made a lovechild between the MOBA and the high-quality AAA they are known for. That mix may change if the communities' feedback is vocal enough. But even if all we get is a decent, technically potent third-person MOBA, that would be nothing to scoff at.

'Paragon' is a freemium MOBA from an unlikely source: Epic, the creators of respectable shooter franchises like 'Gears of War' and 'Unreal Tournament'. Instead of the top-down, 2D perspective that MOBAs are known for, 'Paragon' is third-person over-the-shoulder, using the powerful Unreal Engine 4.