Yharnam is now a slightly friendlier place to be today, as the first major patch for 'Bloodborne' is now live which, among other things, includes the much awaited load time fix, which can drop the load times anywhere from 5 to 15 seconds per instance.

The patch also fixes a few niggling issues, such as a bug that rendered elevators and lifts inoperable, and bosses to freeze in place. But the load time fix is likely to have players dancing in the streets by nightfall. The full list of changes is as follows: 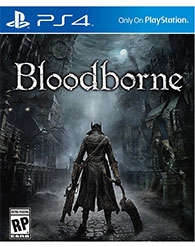