Microsoft has been trying out several updates on Preview Program members recently, and now those updates are being rolled out to all users. Included in the update is the new controller firmware, the first since March of 2014. This update includes several fixes as well as the new Quick Connect feature. Fans of the custom backgrounds will be happy to have access to the new transparent UI tiles while the game hubs are nice for gathering together related content.

Controller improvements – We’re excited to improve stability and speed on the Xbox One controller.

Game hubs – These are the go-to centers for interesting content, tips and tricks for your favorite titles. Every Xbox One game will have a game hub where you can see which friends are playing the game, compete with your friends in game leaderboards, dive into the coolest game clips and game broadcasts, and follow the game’s top broadcasters and clip creators.

Party chat updates – We made several changes to party chat in recent weeks, including chat connection status, improved connectivity between multiple participants with Strict or Moderate NATs, game and party invitations, and a number of other performance improvements.

TV updates – A number of updates to the live TV experience are available today and new features have been added to additional countries. 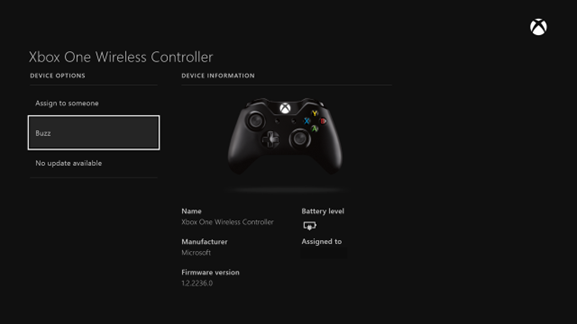