In an early announcement to retailers, Warner Brothers is preparing King Arthur: Legend of the Sword for Blu-ray and 4K Ultra HD Blu-ray, and Blu-ray 3D on August 8.

Acclaimed filmmaker Guy Ritchie brings his dynamic style to the epic fantasy action adventure "King Arthur: Legend of the Sword." Starring Charlie Hunnam in the title role, the film is an iconoclastic take on the classic Excalibur myth, tracing Arthur's journey from the streets to the throne.

When the child Arthur's father is murdered, Vortigern (Jude Law), Arthur's uncle, seizes the crown. Robbed of his birthright and with no idea who he truly is, Arthur comes up the hard way in the back alleys of the city. But once he pulls the sword from the stone, his life is turned upside down and he is forced to acknowledge his true legacy…whether he likes it or not.

The King Arthur: Legend of the Sword 4K Blu-ray, 3D Blu-ray and Blu-ray Combo Packs will include:

Arthur with Swagger - Charlie Hunnam is a gentleman, a hunk and a rebel, setting new standards as king and new rules with the ladies.
Sword from the Stone - Director Guy Ritchie as he breathes 21st Century life and luster into England's most iconic legend and he creates Camelot for a new audience!
Parry and Bleed - Charlie Hunnam and other cast members get a crash course in swordplay. Vikings versus Saxons style!
Building on the Past - Londinium comes to life with a new design of Medieval Urban life, built from scratch.
Inside the Cut: The Action of King Arthur - Join stunt choreographer Eunice Huthart as she teams with Director Guy Ritchie to create the mind-blowing action of King Arthur
Camelot in 93 Days - Friendships and romances strengthen and fray as the realities of a 93 day shoot set in.
Legend of Excalibur - The world's most famous sword is brought to life for a new generation.
Scenic Scotland - Wrapping a monumental production on location in glorious Scotland. 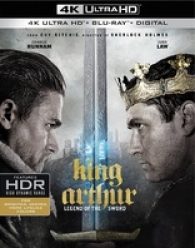 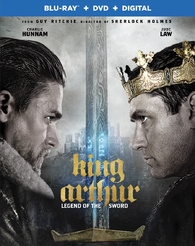 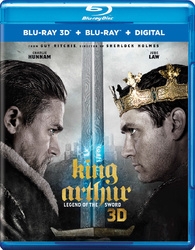