THE LEGO MOVIE 2: THE SECOND PART Dated and Detailed for 4K Ultra HD Blu-ray and Blu-ray

The animated sequel featuring the voice talents of Chris Pratt, Elizabeth Banks, and Will Arnett is scheduled to hit home video in early May.

Warner Brothers says The LEGO Movie 2: The Second Part will be available on 4K Ultra HD Blu-ray and Blu-ray on May 7.  The movie will also be available early on digital on April 16.

It's been five years since everything was awesome and the citizens are now facing a huge new threat: LEGO DUPLO® invaders from outer space, wrecking everything faster than it can be rebuilt. The battle to defeat the invaders and restore harmony to the LEGO universe will take Emmet (Chris Pratt), Lucy (Elizabeth Banks), Batman (Will Arnett) and their friends to faraway, unexplored worlds, including a galaxy filled with fantastic planets, strange characters and catchy new songs. It will test their courage, creativity and Master Building skills, and reveal just how special they really are.

The releases will feature a Dolby Atmos soundtrack and supplements will include:

Everything is Awesome Sing-along – Sing-along, trivia, games and more!

Commentary – Fun behind the scenes commentary by filmmakers​

You can find the latest specs for The LEGO Movie 2: The Second Part linked from our 4K and Blu-ray Release Schedules, where it is indexed under May 7. 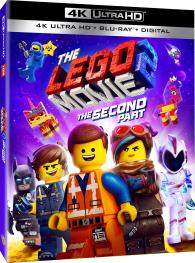 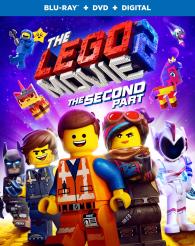