The live and video-on-demand service is now part of the VIZIO SmartCast family. 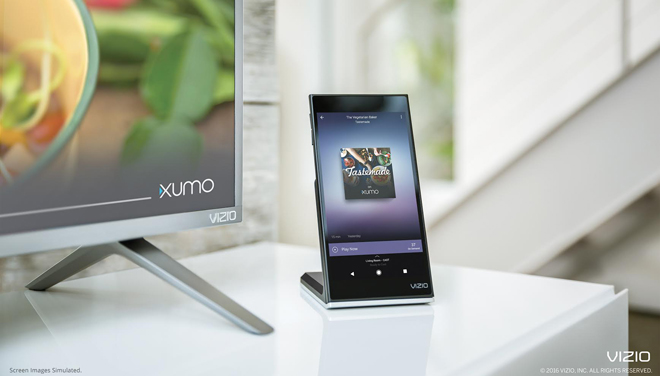 XUMO offers more than 70 premium OTT channels, including Time Inc.'s People/Entertainment Weekly Network (PEN) and Sports Illustrated, Tastemade, Refinery29, FailArmy, The Pet Collective from Jukin Media, Funny Or Die, Outside TV Shorts and more. The VIZIO SmartCast app allows users to control their VIZIO SmartCast devices from any room in the home and stream content from their mobile devices straight to the big screen. SmartCast users can also search and browse content by genre across multiple apps at once, allowing customers to browse through titles from XUMO alongside catalogs from other popular apps. In addition, the newly improved app now offers a faster all-around content aggregation experience with quicker load times and speedier search results. The VIZIO SmartCast app is available for download on iOS and Android smartphones or tablets, and comes preinstalled on the 2016 P-Series and M-Series Android Tablet Remotes.

"By prioritizing the consumer's choice and allowing them the option to stream content whenever and wherever they like, XUMO is helping make entertainment simple again," said Colin Petrie-Norris, CEO, XUMO. "The deep integration of XUMO into the VIZIO SmartCast app arms users with another effortless way to consume their favorite shows, movies and live streams by casting content directly to the SmartCast display."